INTERVIEW: Chester Campbell Chats about His Nashville, His Writing, His Idols, and His Favorite Food 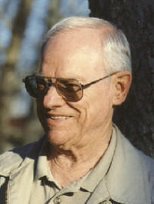 Hi, Chester. Thanks for chatting with me. You live in Nashville. Are you a country music fan? Whose music do you particularly like?
I cut my musical teeth on the big bands of the thirties and forties. I also loved balladeers like Perry Como and Andy Williams. So my country music tastes favor the old timers in the style of Eddy Arnold and Ray Price. My wife is a pure country fan, but I'm not too familiar with the current scene. Music City references in my books are more generic to the broad picture along Music Row. There's a lot more recorded in Nashville than country.

You got the mystery-writing bug early, and wrote a mystery while you were still in college. Did you have a sense then that you'd write more seriously one day?
Hey, I was dead serious back then. I was a fulltime journalism student during the day, worked a full shift as a reporter on a morning newspaper in the evening, then sat down at my little portable typewriter in my basement room in the fraternity house, whenever I could find time, and banged out the novel. Seriously, I always kept in the back of my head (is that where our memory chips are located?) that I would someday be a published novelist.

You've mentioned that your wife is a great supporter of your work. Does the rest of your family help to sell the books?
Not as much as I'd like--I need all the help I can get. (Just kidding, I think). They do promote the books among their friends and colleagues. Now if I could just get my daughter with two girls in Girl Scouts to sell books like she sells cookies, I'd have it made.

The New Mystery Reader has referred to your work as nothing less than "Campbellish." Are you pleased with the fact that they had to create this word to describe the essence of your books?
I'm thrilled at all the nice things reviewers have to say, like "this is one author a reader can count on," or "he continues to write fabulous mysteries," and "the plot is fast-paced, and the writing is top-notch." Hopefully all my readers will find that "Campbellish."

Tell us about Greg and Jill McKenzie.
The McKenzies have survived nearly forty years together. He's a little past 65, while she's just under that milestone. Greg came from a middle class family in St. Louis--his father was a master brewer for Anheuser-Busch. By contrast, Jill's father was a well-to-do life insurance salesman in Nashville. Both are college graduates. Greg started out as a deputy sheriff in St. Louis County, then enjoyed (more or less) a full career as an Air Force Office of Special Investigations agent (think Air Force detective). Jill studied aeronautics and operated her own charter air service during Greg's military gig. As an investigator, Greg is a no-nonsense, no-compromise, put the blame where it belongs kind of guy. The series starts after Greg is retired, and in book three he and Jill go into the PI business. She's a caring, understanding, non-judgmental person who is especially good at getting information out of women. The really fun part of writing about the couple is doing the occasional humorous digs between them.

Your Greg McKenzie novels take place in Nashville. What makes Nashville a good place to set a mystery?
Having spent most of my 80 years in Nashville, I have watched the city grow from a leisurely-paced town that proudly called itself the "Athens of the South" to a moderately-paced city (we're not New York or LA yet, thank God) known as "Music City U.S.A." Nashville is schizophrenic enough to cling to the old image while beckoning newcomers by smiling through its modern face. It offers lots of contrasts to play with while creating nefarious plots. I put the McKenzies' home in the Hermitage suburb and their office on Old Hickory Boulevard, both references to President Andrew Jackson, who lived nearby. But the stories take them to locations like bustling Music Row and the ultra-modern Opryland Hotel. You can read an article I wrote for Mystery Readers Journal on Nashville as a setting by going to http://www.chesterdcampbell.com/Articles.htm.

Like many writers, you have some manuscripts that were never published. Is there one of those in particular that you would really like to see in print?
Funny you should ask. I have one titled Hell Bound that has been making the rounds lately. I wrote it just before tackling Secret of the Scroll, which became my first published novel. Hell Bound takes place in 1999 and involves a busload of seniors on a church trip from Nashville to New Orleans. One of the passengers, living under an assumed name, is a former Mafia investment counselor who testified against the mob. He is tracked down by a hit squad that doesn't know his current identity but is determined to single him out from among the male passengers. If there are any agents or publishers looking in, it's available!

Among many other jobs, you once worked as an ad executive. What's the best ad you ever created?
I worked on several national accounts like Kentucky Fried Chicken, Pizza Hut and Martha White Flour, but nothing I did really stands out in my memory. One of the most challenging was full page ads for a local undertaker who decided to build a high-rise mausoleum. When we got through, I had a great time creating a parody using all the old death clichés I could unearth. Some of my colleagues were afraid the client might see it.

You've authored some interesting articles, including one about the trial of Charles Manson and his murderous followers. This trial went beyond the bizarre shenanigans of even the O.J. trial; what was it that made you want to write about it?
When the editor of Web Mystery Magazine contacted me about writing an article, she gave me a list of possible subjects, including such famous trials as the Lindbergh kidnapping. I did a little research and was intrigued by Manson's background and the shocking way he manipulated people. There is a subplot in Hell Bound about a mass murderer, where I had mentioned Manson, but I had never looked into his character. One of my earliest non-newspaper jobs was free-lancing for national magazines. This gave me a chance to tackle non-fiction once more.

You've met a lot of other writers in your travels. Is there a writer you haven't met, but would really like to meet?
There are two whose writing I have admired and have heard speak at conventions or conferences but never met. They are James Lee Burke and Robert B. Parker. Maybe I like them because I also use a middle initial with my writing. Actually, Burke's sense of place and Parker's dialogue have inspired me to work harder at my own.

You'll be at Bouchercon in the fall. Do you know what panel you will be on?
I have corresponded with Jodi Bollendorf, one of the programming chairs, about some ideas for panels, but I've heard nothing definite yet. Incidentally, my closest contact with James Lee Burke came at the 2003 Bouchercon in Las Vegas. I was a newby then with one book out. After my panel, I sat at my table in the signing room like the Maytag repairman. Next to me a long line trailed out into the corridor. The table, unoccupied, bore no name. When I departed without signing a book, I inquired about the line. "James Lee Burke is coming," I was told.

I think many of us can relate to the Maytag Repairman analogy. What are you currently writing?
I have just finished the fourth Greg McKenzie mystery titled The Marathon Murders. It involves a bit of Nashville history and a fictional ninety-year-old murder. The Marathon Motor Works built a popular touring car in Nashville between 1910-1914 before falling victim to mismanagement. I've also just written my first mystery short story titled Double Trouble. The protagonist finds a look-alike to take the rap for a murder he plans. I'll soon be working on the fifth McKenzie book. What it'll be about is a mystery to me.

If I were to be invited to your Nashville home for dinner (hypothetically) and you and your wife were going to prepare me your favorite food, what would it be?
The menu would likely include chicken breasts cooked in sherry, green beans, corn, tipsy sweet potatoes (spiked with Jack Daniel's), yeast rolls, and green salad (made with lime Jello, cottage cheese, chopped celery, and pecans). We would drink fruit tea, my wife Sarah's (and Jill McKenzie's) concoction made with peach-flavored instant tea, pineapple juice, and Marachino cherry syrup. We'd have coffee (decaf for us) with the pecan pie dessert. Y'all come.

Thanks, Chester. That sounds fabulous. :)
Posted by Julia Buckley at Saturday, July 22, 2006

This was a good interview.

I liked learning more about Chester; we've been to several conventions together but haven't had much opportunity to talk.

Thank you for answering some of the questions I've had about this accomplished author.

Thanks, Pari. I'll have to do a Part II with Chester sometime soon; he has a lot of good material.

And I'll be contacting you soon for YOUR interview!

Progression is expecting an extraordinary movement in the business part and it is in every practical sense hard to envision improvement in any business without the correct utilization of advancement. most recent headway is displaying valuable in the robotize methodology and business scales. https://www.punctuationfixer.com/sentence-punctuation-checker/

Clearly, there is a mess of nothing gamer who have not played Stickman games for an incredible duration. These games can give you real bliss when these games are played on the web. These games are available online permitted to play. https://www.punctuationtester.com/sentence-punctuation-corrector/

This site is about the interview of chaster Campbell chats about his Nashville. Read http://www.pronounchecker.com/try-our-best-pronoun-corrector/ article to get useful content writing suggestionns. how the mysteries writer view the books and how they write their own books and are they happy from the respect they receives from their nation.

I delighted to read all this information. I really wanted to get answer to those questions. Everyone should read this http://www.semicolonchecker.com/how-to-correct-use-of-semi-colon-fast/ about content writing. Thank you mysterious musing for sharing this article. Sir Chester has a admiring personality and I think everyone wanted the information you have provided us.