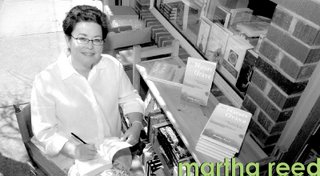 You write mysteries set in Nantucket, but you live in Pennsylvania. Do you vacation often in Nantucket?
I’ve been to Nantucket four or five times, and I’d like to go again this year to refresh my memory of the northeastern end of the island for the descriptive passages in my next novel. My sister married a man from Nantucket, and that’s how I was introduced to the place. I took a look around and thought ‘this would be a great setting for a mystery.’ Nantucket has character, history, and charm, and [it] being an island helped me since I was able to structure my work within a contained border. As a first-time novelist, that was helpful because I had characters running all over the place. (They’re much better behaved, now.)

Your first mystery is The Nature of the Grave, but you will soon publish another mystery featuring your protagonists, John and Sarah. Tell us a little bit about this series.
I’m deliberately trying to craft a traditional mystery series with a set of well-developed characters, a la Dorothy L. Sayers. I started writing this way because I love reading this type of literate mystery and I couldn’t find anything like it in the current marketplace. Everything nowadays seems to be geared toward CSI-style autopsy reports or bone-collecting serial killers, and I’m not interested in reading that type of material. My writers’ group finally got tired of hearing me moan about it and challenged me to write what I wanted to read. So I did.

John and Sarah sound like standard Early American names, like people who stepped off the Mayflower. Did you have a particular reason for selecting them, or did you just like the names?
That’s an interesting question. Now that you ask, it does feel like there’s an underlying “Mayflower” component, but it wasn’t a conscious decision on my part. Sarah (and Joan) are my sister’s names and I thought it might be fun to use them in my work. John Jarad sounded wonderfully masculine and alliterative.

Once I started doing my research, of course, I discovered that Nantucket families have a wealth of fabulous, unusual Christian names. My character Captain Lemuel Abad Jarad isn’t far off the mark. If you visit Nantucket, be sure to check the genealogies in the Bible collection at the Atheneum; I can spend hours lost in there.

Your website biography is a bit sketchy, so naturally I have to dig for more information. Have you always lived in Pennsylvania?
No, and that question seems funny to me, although I have lived in Pennsylvania for fifteen years—longer than anywhere else. We moved a lot when I was a kid. I was born in Chicago, Illinois and lived in Mansfield and Chagrin Falls, Ohio, then Kansas City, Kansas, on to Columbia, Missouri, and Boston, Massachusetts for school; Dallas, Waxahachie, and Garrett, Texas for work, and now I’ve settled in Aspinwall, Pennsylvania, six miles up the Allegheny river from Pittsburgh. I’m here until the kids are grown and then I’ll probably move some place warmer. There are 400 islands in the Bahamas, and one of them is mine.

Please invite me to visit. What’s your average day like?
I go to work as an Internet Media Coordinator for a mutual fund company. That means I take our sales and marketing material and publish it online. I’ve worked in the financial printing industry since 1980, and I’ve seen an immense amount of change. When I started, our competitor was still pouring hot lead to make press plates, and now we enjoy wireless technology. It’s been an amazing transformation.

I do my creative work on the weekends – six hours on Saturday and Sunday, and I hope someday to roll it over and work for myself, writing full time. Until then, I soldier on.

Most of the people I’ve interviewed so far have pets. Do you have them, as well?
Not anymore. In Texas, I had an Arabian horse farm and two dogs. The dogs moved with me to Pennsylvania, but they’ve gone to dog heaven after fifteen good years. With my current schedule, it doesn’t seem fair to keep dogs cooped up inside all day. I do miss their companionship, though, and I have a soft heart, so I don’t even look at puppies. If I ever connected with a pair of needy brown eyes, I’d collapse like a wall.

You are also a poet. Do people who read your fiction comment on the poetic nature of your writing?
Writing poetry is harder than prose; I prefer prose because it’s looser. I have heard from readers, editors, and critics that my prose is lyric, that it flows, and I take that as a great compliment. I struggle to keep my prose as basic as possible but occasionally allow myself a flowery paragraph or two as a reward, just to keep my hand in it.

When did you start writing?

I’ve always been a storyteller but I didn’t start writing until my thirties. Until then I didn’t really have anything to say. I’ve always recognized that, too. I wrote some thin, entertaining essays at Boston University for the weekly student newspaper, but even then I knew I needed to put it down and come back to writing later when I was ready to get serious. I’m very serious, in a playful way, about my writing now.

Summers spent at Lake Muskoka, Ontario, Canada. My family has a cottage there, and the experience provided the continuity I needed since we moved around so much. My lake friendships go back a long, long way, and I cherish them.

Do you plan to continue the John and Sarah series for a while? Do you have other writing projects in the works?
Yes, I’m working on the second Nantucket Mystery, The Witch of Wauwinet, which features John, Sarah, and the rest of the Nantucket Police crew. It introduces Sarah’s sister, Joan, who is quite a character, and John’s best friend, Cook. I have a third Nantucket mystery outlined, tentatively titled Murder in Madaket, and I’m looking forward to writing it since it’s finished with the back story and the series can really move on.
As for other projects, I take a break every now and then to push out something shorter when I’m working on a long novel; it keeps me fresh. I just finished a ghost story, "The Haunting of Dalton Primble," published in Spinetingler magazine (www.spinetinglermag.com). But I try not to do too much of this kind of thing, since it’s actually a distraction from the larger work.

Have reviewers said anything about your book that surprised you?

Most of them were complimentary, insightful, and they got what it was I was trying to do and say. A few were surprised to find that I used Print On Demand (POD) to publish; they seemed surprised by the quality of my material. I guess the general consensus is that all POD material is dreck. I prefer POD because I can maintain artistic control. And I’m very grateful to the reviewers; they help me get the word out to my readers!

If you were going to set a novel in a place other than Nantucket, where would it be?

I’m toying with the idea for a stand-alone novel based on my experience in Texas. I lived there for ten years from 1981 through 1991. Right now the idea scares me because it’s sprawling and huge and includes illegal horse racing, David Koresh and the ATF fiasco in Waco, the evaporation of the town of Maypearl and President George H.W. Bush’s federal pork belly Superconducting Supercollider project. I lived through it all, I was there, and if I ever get it written it will be my ‘serious’ novel.

Wow! It sounds complex, as well.

Thanks so much for sharing, Martha!
Posted by Julia Buckley at Monday, July 10, 2006

It's so cool you mention Muskoka as your continuity Martha, because I gave one of my characters in one of the books a 'summer home' in a tourist area that was his continuity despite all the moving. You sort of summed up what I felt for him when I did that in the book.

Can't wait to read "Witch of Wauwinet" because I really look forward to getting to know Sarah and John better. Great fun!!

It's great that Martha has fans who are yearning for more!