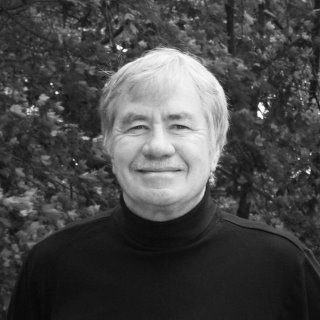 Hi, Peter, thanks for chatting with me. You were born and raised in England, and your photo, to me, suggests that you look a bit like the dashing Rex Harrison. Do people ever tell you that?
I am sure when your readers see this question, they will assume I paid you to ask it. But no, I was never compared to Rex Harrison. I don’t even sound like him. However, a long time ago, a woman once thought I looked like Charles Bronson.

And Caroline Upcher assured me she looked nothing like Angie Dickinson. I'm 0 for 2.

You’ve taught skiing in France and Austria. Did you live at a resort?
No, I never lived in Continental Europe, although I have spent some time there both skiing and writing. When I was teaching skiing in France and Austria, I traveled there with my students, usually a tour group from the USA, but on occasion it was an individual who brought me along to ski with him for the week.

What’s a beginning skier’s most common mistake?
The most common mistake is not being in balance. This is due to the fact that skiers don’t create their own locomotion, gravity does, and as soon as novice skiers begin to slide downhill, their natural sense of self-preservation causes them to fall back on their heels in an attempt to slow down. However, with all your weight on the back of the ski, it makes much more difficult to turn it across the hill, which is how you control your speed. Now one has to muscle the ski around, which causes aching thighs and hamstrings.

Okay, let’s chat about your book. What prompted you to write Trail of Vengeance?
Some time ago I had a very serious accident, which kept me out of work for eighteen months. I kept myself busy during that time by reading (I was always a voracious reader) and playing solitaire on my computer. Then two things happened at roughly the same time: I tired of solitaire, and I read a truly atrocious book. It was that bad, I couldn’t believe anyone would publish it. And, with an “I could do better than that” attitude, for the remainder of my convalescence I attempted to write a novel, although I put it away when I went back to work. However, when I retired, I pulled it out again, and eventually I finished a manuscript that impressed an editor at Hopewell Publications, in Titusville, NJ.

Have you been attending mystery conventions?
I attended Deadly Ink in Parsippany, NJ in June 2006, and I joined Mystery Writers of America soon after that. It was at that conference that I heard about DorothyL and Backspace.com. I thoroughly enjoyed Deadly Ink and will attend other conferences and conventions whenever I can.

Have you always been a mystery fan?
I love mysteries—my favorite mystery writer being Scott Turow. However, I read other genres too: my favorite authors are Richard Russo, who wrote Nobody’s Fool, and Empire Falls, among others, and English author Graham Swift, who wrote Last Orders, and The Light of Day. The Light of Day is the story of an English PI who falls in love with a client, who in turn, murders her cheating husband. The book unfolds as though he were sitting with you in a pub telling you his story over a cold beer. It’s a master class in narrative, and I thoroughly recommend it.

You’ve also been a fisherman and a member of the British Merchant Marine. Your website suggests you “spent several years at sea,” which has a romantic sound to it, like you’re a character from The Odyssey. Was it a romantic experience?
I cut my teeth on Agatha Christie novels, and the highlight of my life as a seaman was sailing with her when she was a passenger on a British ocean liner in 1958. It was a ten-week cruise for her, London to Yokohama and back, and she assured me at the time she was taking a break and wasn’t writing during the trip. Much later, after her death, I was in Torquay, where she was born in 1880, and they had a centennial retrospective of her life and works in the local library. I checked through all her books and publishing dates—none came out in 1958 or 1959, so I guess she was telling the truth, although at the time I didn’t believe her—it seemed to me like the perfect time and place to write a book. I also met several movie stars and other celebrities when working on the Queen Elizabeth and the Queen Mary, but nothing compared to my conversations with Agatha Christie.

You own a ski chalet. How does one go about owning a ski chalet?
In truth my ski chalet is a log cabin in the Catskill Mountains in New York State. It was my wife’s idea to call it a chalet in the biographical paragraph at the end of my book. However, I wrote most of Trail of Vengeance there during the ski season, and it featured in the book as the ski home of one of the characters, a French ski instructor named Jean-Loup Caron. To answer your question, just about any house one uses as a ski home can be called a ski chalet.

And how did you meet your wife? Is she European or American?
My wife's name is Elizabeth (Liz); she is first generation American, born in the Bronx to a Russian mother and a Polish father. We met at a ski club in New Jersey back in the early seventies, although we didn't start dating until the mid-eighties. We were married in 1994. It was a second marriage for both of us; I have two daughters from an earlier marriage. Liz is a director at Johnson & Johnson World Headquarters in New Brunswick, New Jersey.

You’ve been all over the world in many lovely European locations, but your protagonist, Lisa Rossi, is from Brooklyn. Why this setting?
I wanted Lisa to have a background that American readers could identify with, the child of working-class immigrants, so her character could grow through her experiences during the story. Her mother was an Irish cleaning lady who died when she was very young, and her father was a chauvinistic Italian bricklayer with a fondness for Chianti and women who couldn’t put together a coherent English sentence. As you can imagine, Lisa’s relationship with him was deeply troubled. Consequently she distrusts all men with heavy foreign accents, which puts her at odds with almost everyone she meets in her investigation of European jewelry thieves. Then she meets the French ski instructor, who teaches her about gourmet food and wine while he teaches her to ski and speak French. Before the novel ends, the new, more sophisticated Lisa works undercover in France for the French police.

Are you working on another book?
When I finished Trail of Vengeance, I began a World War II story about the French resistance in Brittany. However, I left the end of Trail of
Vengeance open to a sequel, and there has been a lot of interest. So I’ve put away the French resistance story for now, and have begun another Lisa Rossi book.

Will you be doing book signings for Trail of Vengeance?
I have done several book signings at bookstores and libraries, and I have arranged to do several more—notably at the Long Beach Island Library down the Jersey Shore on August 23, and in Florida at the Orlando Barnes & Noble on October 8 and the Daytona Beach Waldenbooks on October 12.
Posted by Julia Buckley at Tuesday, July 25, 2006

Wartune is beginning late made PC game which is beginning at now overwhelming the RPG world. This game can additionally be played online without paying any single penny. Grievous part about it is that it is a 2d program RPG game. https://www.punctuationcorrector.com/make-punctuation-easy-with-grammar-and-punctuation-fixer/

Thing which you ought to guarantee should before getting another game is that you ought to have enough subsidizes which are required for the picking up purposes. You can in addition sell your old games on the off chance that you are facing nonappearance of advantages. www.punctuationcorrector.net/living-with-lots-of-punctuation-marks

Next period would be the hour of Apply autonomy as exhibited by many ask about affiliations. Japan and America have as of late checked their obvious places in the apply freedom progression. Mechanical advancement are being utilized in homes what's more in the military. https://www.punctuationeditor.com/learn-how-to-fix-14-punctuation-marks-with-online-punctuation-fixer/

This interview of this amazing writer is showing that how you can be a successful in your career. This is the most interesting thing to know about his habits. Visit this https://www.passivevoicedetector.com/passive-voice-checker-online-free/ homepage for more info about essay writing. His struggle is hawing the different ways to do a thing.

Blog is about the meeting of a man to other man who was Christian and the writer express the meeting’s moments in his writing skills and I read it as well as enjoy it. To get help for plagiarism related issues, a student should visit www.plagerismchecker.org/online-free-plagerism-checker-for-research-papers homepage.