Barbara D'Amato on Handling Tigers, How Magic Compares to Mystery, and Why Writing a Book is Better than Producing A Musical 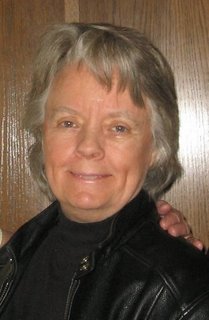 Barbara, before I ask you any questions about your books, I must ask about this: you were once an “assistant tiger handler.” Why would you want to handle a tiger? How did this come about?
My husband and I had written a musical comedy called “The Magic Man,” which was David Copperfield’s first starring vehicle. One of the illusions involved turning a young lady into a tiger. You know the kind of thing—the magician places her in a cage, throws a drape over the cage, and when the drape is removed, there is a tiger in the cage. It turned out that the stagehands were afraid of the tiger. Its trainer needed an assistant to get it from its travel crate and in and out of the cage, and so forth. So I became his assistant. It’s not a skilled position, though, like the trainer’s.

Your biography suggests that you have an interest in magic, and you wrote, with your husband, two musicals about Houdini. Do you see a similarity between stage magic and writing a mystery?
In term of hiding the ball, there is a lot of similarity. But there is a major difference. A magic illusion blows open the story. People in the audience are asking themselves how it was done and forget the plot. So you have to bring them back into the story gracefully but clearly. Big events in a mystery novel ought to focus the reader on the story, not cause the reader to lose track of it.

Going back to the musicals for a moment: you and your husband Anthony also wrote a Prohibition-era musical called RSVP Broadway. Was that a difficult process, writing and then producing your own show?
It’s very hard to get distance from the production. The other problem, of course, is that you have actors and directors who have their own ideas of how the thing should look. The great thing about a book is that it stays the way you wrote it.

What’s your favorite musical?
There are so many great ones. Just to name a few: The Threepenny Opera, Kismet, My Fair Lady, and wonderful movie musicals like Meet Me in St. Louis.

Your latest novel, Death of a Thousand Cuts, deals with a murder of the director of a school for autistic children. You do a great deal of characterization of autistic people. How did you research this?
I had friends of friends who had autistic children, or actually in two cases autistic adult relatives. It’s very hard to put yourself in the head of an autistic person, and I’m not sure it’s even possible. But the challenge is the good part, the fun of writing.

What’s usually your first step in starting a novel. Do you begin with a title? An idea? Or do characters begin to “talk” in your head?
Interesting you should ask about the title. Yes, getting the title very early on sets the tone and approach for me. I’ve been lucky that my publishers have not changed any of the titles. Well, one, about twenty years ago, but hey--

You’ve won a host of awards for your writing: two Agathas, two Anthonys, the first-ever Mary Higgins-Clark Award, among others. Does the fact that you are an award-winning author ever make the writing process more daunting? As in, “I have to live up to my own reputation?”
I’m not sure I even have a reputation. But it seems to me the new book is always daunting. Not the first chapter or two. I don’t really get started until I think of some opening that seems powerful or puzzling. But that horrible sagging middle! I never get to the middle without wondering why I ever thought this stupid book was a good idea.

Is writing a mystery at all comparable to handling a tiger?
The tiger is much easier. 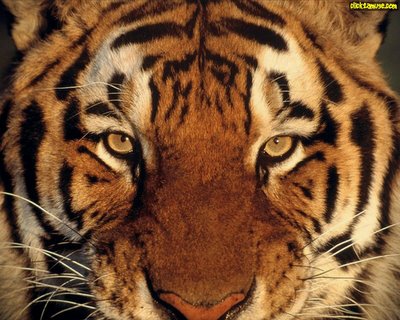 You are a noted researcher, and your work researching the Dr. John Branion murder case earned you some fame and an appearance on Unsolved Mysteries. What did you learn about Dr. John Branion?
Dr. Branion was an optimist. He really believed that, since he had not killed his wife, he could not be convicted. He pushed his lawyer for an early trial date and did not have some of the research done that would have made it clear he couldn’t have killed her—for instance, having a traffic expert drive the route he took home from work, to see whether he could have made it in the time the prosecution claimed. [He couldn’t have.] Since then I tell everybody, if you’re ever accused of a crime, get the best lawyer you can find immediately and take it seriously.

People tend to connect your name with Chicago, but you are from Michigan originally. Where did you grow up? Do you ever go back to visit?
I grew up in Grand Rapids. I am in Holland, Michigan, right now, where the family had an old summer cottage. I’m growing tomatoes, squash, and herbs.

That sounds nice. You were once “a carpenter for stage magic illusions.” This means, doesn’t it, that you know all the secrets? And you can tell us how certain effects are achieved?
Yes, I could tell you. He! He! Ho! He! He!

All right, I get the picture. Your main mystery character is Chicago freelance reporter Cat Marsala. How did you come up with Cat?
It seemed she’d have to have nine lives. And marsala is a wine and a spice. Just seemed to suit her.

What are you writing now?
I’m working on a thriller about an archaeologist who is traveling the world doing research, and somebody is following her, trying to kill her.

Where can Barbara D’Amato fans learn more about her and her upcoming events?
www.barbaradamato.com. There’s a contact me on it. Love to hear from you.

Thanks so much for the interview, Barb!
Posted by Julia Buckley at Thursday, August 24, 2006

Illuminating experiences that are being offered by the online helpful structure are wide. There are various courses in which you can get capable degree which can improve the technique for your calling. good service

Tichu is one of the most energizing and unstable system game. Deductive thinking and utilizing various procedures may be useful in overcoming the parts and in winning. This is quick paced game. discover here

A good writer always expresses the beauty of the word and highlights some important facts and this blog is like that one and it is very interesting add we are very thankful to you. A student can get more Information for good sentence writing.

this article shows us a message that writing a book is better than a musician and it is a good way to express your feelings and now it is a habit of most writers. Visiting this http://www.sentencechecker.org/someone-to-correct-my-sentence/ source will help in removing errors from sentence.