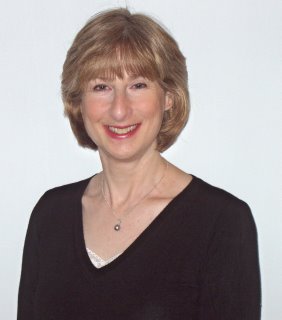 All of your book titles have the word “Vengeance” in them. Are you a vengeful person? :)
Not really, although I do get even with people who annoy me by killing them in my books. In Vengeance Tastes Sweet, for example, I poisoned an obnoxious caterer and in Vengeance Cuts Loose I got retribution for a particularly offensive hair cut by having a hairdresser stabbed to death with his own scissors.

How did you come up with the idea for your Wally Morris mysteries?
The character of Wally grew out of the first mystery. I wondered who would care that a young college student was murdered and a high school cheerleader was missing. Wally, who always wants to make things right and to help out in times of need, seemed perfect for the role. She always has a refrigerator and freezer full of food, so she can provide meals for those in distress, and she has a big heart, so she could understand the grief of the family who lost a son. It helped that her younger daughter had caught the eye of the local detective, Elliot Levine, because he was a lot more willing to share information if it meant he could spend time with Wally’s daughter.

Oops—I thought Wally was a man.
Wally is a woman. Her real name is Voltairine, but she rarely uses it. People can learn more about both of us by going to www.joaniascher.com.

Your website has many pictures of handsome dogs you refer to as “my Seeing Eye puppies.” Do you train Seeing Eye dogs? And what about the solitary cat pictured there?
My family has been raising Seeing Eye puppies for twelve years. We don’t train them, that’s for the trainers at Seeing Eye to do, but we raise them to be civilized members of canine society. We take them on socialization outings, so they become accustomed to the day-to-day things that a blind person might encounter, such as trains, stores, public buildings, arenas, shopping malls, and hotels for overnight trips. The more they get used to, the easier it is for them to become guide dogs.

Smudge, the cat, thinks he’s a dog. We adopted him a few weeks after receiving our second puppy, Misty, who is one of the two who had career reassignments to be our pets. Smudge personally endorses and helps train each successive puppy in the fine art of living with a cat. He’s also good at chasing away deer.

How does one go about training a Seeing Eye? Do you yourself need special training?
We attend meetings twice a month, where all the dogs work on a variety of commands and behaviors, such as ignoring distractions, coming on command, and other more complicated work. It’s amazing to see twenty or thirty dogs in a room together without any barking or growling. There are many rules to follow when raising one of these valuable animals, all designed to make a successful guide dog when they are finished being trained. It is a 4-H project, by the way, for the children of the club, and they can learn a lot from it. There are many adult puppy raisers as well. By the way, most of the names in my books were names of Seeing Eye puppies.

You like to make theme cakes. What’s the coolest cake you’ve ever created? Did you bake a cake in honor of getting published?
When one of the library cataloguers retired I made a cake for her that looked like a book. The title was GONE WITH THE ISBN or HOW TO RETIRE IN STYLE. It was picture of a sandy beach, made with granulated brown sugar, a lounge chair with umbrella, and a plane flying overhead with the first part of the title trailing from it. The cake even had the correct Dewey decimal number on the “spine.”

When I have a book coming out I invite all my friends to come celebrate. I spend days baking all different kinds of cakes, pies, and scones and I cover the dining room table with them. For my most recent book I made a flourless ginger chocolate soufflé cake, a cappuccino cream cheese cake, a lemon pound cake, a blueberry pie, an applesauce cake, cranberry orange scones, a dark chocolate brown sugar bundt cake, and a cinnamon sour cream pound cake, all from scratch. For the health nuts out there who are cringing from the carbs, there were fruit and cheese platters.

Oh my gosh, I'm drooling now. Tell us about your latest mystery, Vengeance on High.
Real estate tycoon Keith Hollis’s plans to develop the Grosvenor quarry cause an uproar at the Fourth of July celebration. As the last ember falls below the rim of the quarry, so does Keith. Wally’s former students were his daughters so of course she gets involved. At the same time, Wally’s daughter Rachel is friends with Keith’s estranged wife. There are numerous suspects since many people were opposed to a residential development in the abandoned quarry which had turned itself into a nature preserve. As the police are getting nowhere, Wally must help out. Her special knack of getting people to talk jeopardizes her life.

You have volunteered at local libraries for fifteen years. What’s your favorite children’s book?
After volunteering at the local school libraries for fifteen years, I took a job in a public library when my youngest child went off to college. I work in the children’s/young adult’s room and I process all the new books. There are so many wonderful ones.

I loved animal stories, mysteries, and science fiction as a child. To answer your question, though, I’d have to say one of my favorites back then was A Wrinkle in Time, by Madeline L’Engle, but there are so many more that I love now. One that had long term impact on me was Follow my Leader, by James B. Garfield. It was what got our family into raising Seeing Eye dogs thirty years later, after I gave the book to my daughter to read.

You and your husband have lived and traveled many places. What was your favorite?
My favorite place is wherever my husband is. We’ve been living in Northern New Jersey, just outside New York City where we grew up, for twenty-three years and we both like staying in one place. As far as favorite places to visit, that’s another hard question. We’ve had great vacations in England, France, Israel, the southwest, the Pacific northwest, the Canadian Rockies, Vancouver, Alaska, Hawaii, Charleston, Savannah, Washington, D.C., Death Valley, and several other places in California. We had a wonderful time in the Napa Valley, I think. I was so full of good food and wine that it’s hard to be sure.

You love puzzles, especially Sudoku. Do you think it’s this that compels you to write mysteries?
Sudokus are a new entry in my puzzle mania. I love jigsaw puzzles so much that I once did an entirely red one called Little Red Riding Hood’s hood. Now that we have all these critters around, I don’t dare do a real one, because I’d hate to get to the last piece and find out it’s been chewed. Luckily for me there are jigsaw puzzles on the internet. I also do crossword puzzles, cryptoquotes and other word puzzles. Writing mysteries is actually like creating a puzzle more than solving one, and I’m the one responsible for making sure the pieces fit together. If I have any left over, I just call them red herrings.

Did you read mysteries as a child?
Absolutely. Hardy boys, Nancy Drew, Cherry Ames, Sherlock Holmes, Agatha Christie. I don’t know about back when I was a child, but nowadays there are mysteries for every level of reading ability, and I think that’s great. Creating new mystery readers is good for all of us.

What are you reading right now?
In bed I’m reading Metro Girl by Janet Evanovich, in the car Death is a Bargain by Nora Charles, and in the family room I’m finishing up the historical postscript of The Plot against America by Philip Roth. I also read at work, but those books, since they are children’s and young adult’s books, don’t take long to read.

Sounds like good reading. Thanks for sharing, Joani.
Thanks for asking. It’s been fun.
Posted by Julia Buckley at Tuesday, August 15, 2006

I love author interviews. Thanks for this one.
To Love, Honor and Dismay

You're welcome, Andrew. And now I will check out your book. :)