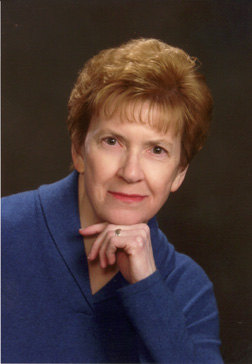 You got your start in journalism writing obituaries. Did you ever wonder, as a future mystery writer, whether any of those deaths were really accidental? Or, as P.D. James has famously said, “Did Humpty Dumpty fall or was he pushed?”
Oh, sure. I’ve always suspected the worst of people. But the boring truth is that the great majority of deaths are either natural or purely accidental. Murder fascinates people not only because it’s the worst thing anyone can do to another person but because it’s out of the ordinary – even now, when our society seems so violent.

You’re a South Carolina native. Is it as beautiful there as they say? How did you end up in Washington D.C?
Parts of South Carolina, especially along the coast, are very pretty. Here and there throughout the state, you can find antebellum mansions that survived Sherman’s march to the sea during the Civil War (or The War Between the States, as southerners are more likely to say). I grew up in the northwest corner, a few miles from the N.C. border, where cotton mills and other industry mix with peach orchards. My first job was on the Spartanburg Herald. From there I went to West Virginia, then Baltimore, where I met and married my husband. He was a Washington-based newsmagazine writer and editor for many years.

The idea for your book, The Heat of the Moon, was conceived when you had too much pecan pie and had a disturbing dream. Did you know that Robert Louis Stevenson, who was often confined to bed, also conceived of many of his plots while dreaming? Why do you think that you and RLS found inspiration this way?
I don’t know about RLS, but I’ve always been a vivid dreamer. And a repeat dreamer – sometimes a scenario gets stuck in my head and I’ll dream the same thing every night for a week. Usually the dreams are too nonsensical to provide plot material, but with THOTM I got lucky. By the way, quite a few of my writer friends have asked for that pecan pie recipe, so here it is for anyone who seeks inspiration:

Preheat oven to 350 degrees.
Combine sugar, syrup, and butter in 2-quart saucepan. Bring to boil on high, stirring constantly until butter is melted.
Remove from heat and gradually add hot syrup to eggs, stirring constantly.
Add pecans and cool to lukewarm.
Add vanilla.
Pour into pie shell and bake for 40-45 minutes.
Serves 6 to 8.

Now those with writer’s block have a delicious solution. :) Thanks, Sandra!

Your main character, Rachel, is a wildlife rehabilitator, but you have some warnings about this on your website: not everyone should take on this job. Why?

For the animal’s welfare and your own safety, don’t even approach an injured or sick wild animal unless you have the proper training. Licensed wildlife rehabbers know what they’re doing and even they get hurt sometimes. An untrained person can kill an injured or sick animal with improper handling. In most states, it’s illegal for anyone to keep a wild animal without a rehabber license. Anyone who wants to do this kind of work should go through a training program and get a license.

Your advice to writers who can’t get published is “Learn to bounce when you’re dropped.” Sort of like Tigger, right? Did you have to bounce once or twice in your career?
Once or twice, no. A couple hundred times, yes. I am not exactly an overnight success. This is a tough business for the average writer, and the most important advice I could give still-unpublished writers is simply this: If you believe in yourself, never give up.

You have three cats who seem to have a lot of say in your household. Are their demands increasing? Should we consult a hostage negotiator?

I’m sad to say that we lost Simon, our 17-year-old, in July. But Emma and Gabriel are both five years old and promise to boss me around for a long time to come. They know I’m a pushover and will do anything for a purr. Negotiations are futile when one side holds all the power.

Your novel has gotten terrific reviews. How do you like the other side of writing--that is, the publicity part? Do you enjoy book signings?
I love reviews. I love fan mail only a bit less than I love breathing. But I’m not crazy about solitary signings, where I sit or stand at a table like a naughty child sentenced to the corner and pray, in a constant mutter, that someone will come over and speak to me, at least, even if they don’t buy a book. Group signings are a whole ‘nother thing. More readers come, more books are sold, the whole enterprise suddenly seems worthwhile, and despair recedes at least briefly.

What are you writing now?
With my second Poisoned Pen Press book – Disturbing the Dead, due out next spring – safely in the hands of the printer, I’ve returned to a thriller/suspense novel I started a while back. I hope to finish it in the next few months.

What have you learned from publishing your first book that you will employ in writing your next one?
What I’ve learned has less to do with the actual writing than with promotion and the way the publishing business works. I’m becoming a little better at promotion as time goes by. I would like to understand the book business, especially distribution, better. I’ve discovered that many writers have only a vague idea of how their books reach readers, how sales are calculated, what the Amazon and Ingram numbers really mean, etc. It’s a mysterious swamp of misdirection and misinformation.

Your husband is a journalist. Has your fiction writing ever tempted him to try fiction himself?
He wrote little stories when he was a kid. Fortunately, he realized that fiction was not his particular talent. He helps me thrash out plot points and he makes suggestions, but he has no interest in writing a novel himself. He’s writing a nonfiction book.

How can fans of The Heat of the Moon find out more about you and your future writing projects?
Visit my web site: www.sandraparshall.com.

Will you be at Bouchercon?
Yes. I’ll be the one peeking out from behind the potted palm at all the famous writers passing by.

Thanks for sharing, Sandy!
Posted by Julia Buckley at Thursday, August 17, 2006

Thanks for this interview, Julia - I'm always looking to find out more about the elegant and mysterious Ms. Parshall!

That's so cool about HOTM and J/H being from dreams - I believe it absolutely about both of them - the most haunting books always seem to come from deep down there. It's so lovely how our subconsciouses give us these gifts. I dreamed the one I'm just finishing and the second one - hope they turn out half as well as yours!

What an interesting coincidence! Thanks, Alex.

One of the best journalism classes I ever took was on writing obituaries!

Julia, we can't let Sandy hide! We have to drag her out to dinner!