Brian Freeman on Promotion, Inspiration and The Long Road to Success 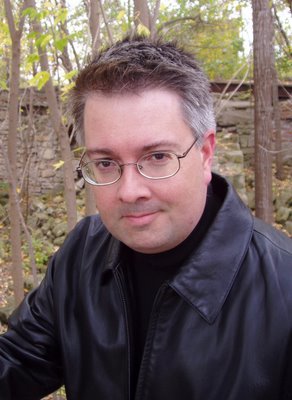 Hi, Brian—thanks for taking the time to chat.

Your novel, Immoral, is nominated for an Edgar and an Anthony for best first novel. But your website implies that you’ve been writing for a long time, and that you’ve been published “in 46 countries and 16 languages.” So you’re not exactly an overnight success, are you?
I remember telling my then-fiancee in college that I was going to support us as a writer. I guess I left out the part about it taking 22 years! (Good thing she stuck around.) So I only count as an overnight success if you leave out the first couple decades of trying and not succeeding. When it finally happened, though, it happened pretty fast. We’ve sold the English version of IMMORAL around the world, and we have deals for the book in 16 languages. Prior to publication, we’ve already sold the follow-up book, STRIPPED, in 8 languages.

You are from Minnesota. There are actually quite a lot of noted mystery writers from this state. Does Minnesota inspire mystery?
Minnesota is a place of extremes – at least when it comes to weather – and extremes always make for good mystery. The environment is dark and almost gothic, with great lakes and vast woods. It may be fly-over country to the US coasts, but for many people, it has a romance like Scotland or Ireland, both of which have produced great mystery writers.

Your detectives’ names are Jonathan Stride and Serena Dial. Both of these last names can be action verbs. Is that why you chose them? As in Stride to the phone and Dial the police? :)

I did, in fact, use Stride because of its action connotations. I wanted his name to convey who he is, someone driven and emotional and determined. As for Serena, well, she just seemed to pick Dial for herself.

When did you begin writing? And why mystery?
I can remember sitting in a sixth grade classroom, beginning a mystery novel about the death of a chess grandmaster. This was in the Bobby Fischer and Boris Spassky days. Two years later, my eighth grade teacher told me to sit in a corner and write, and I began another novel, that I actually finished, about the kidnapping of the president. So I’ve been writing all my life. And mystery? Well, blame it on my grandmother. She would always tell us, “I’m reading this great book. It’s got lots of bodies in it!”

Do you have particular mystery influences?
No, I don’t really think so. I’ve loved many mystery – and non-mystery – writers throughout my life, people like Leon Uris, James Michener, Robert Ludlum, and Irving Wallace when I was growing up, and people like Michael Connelly, Peter Robinson, and Nelson DeMille today. There are probably shades of all those writers in how I approach a book, but I also just try to tell a story I think readers will respond to.

You are also a business writer and communication strategist. What does that mean?
I’ve been a story-teller all my life, and so I help businesses and nonprofit organizations tell their story. Building customer relationships is all about getting them to understand and relate to your story.

You were born in Chicago. What part? Do you ever come back to visit? Did you move to Minnesota because Chicago winters weren’t cold enough for you?
I grew up near Montrose and Western. Yes, I do come back to Chicago from time to time, and I love the city. We left when I was ten because my parents moved to California, but I really wanted to get back to the Midwest, because I missed the Midwestern way of life and the four seasons. So I went to college in Minnesota, met my future wife at school, and have lived there ever since.

How did you come up with the story for Immoral?<
There was a terrible case in Minnesota about a decade ago. A young girl disappeared, and her body was never found. But they brought charges against a family friend anyway. Without a body to establish the crime, however, they weren’t able to obtain a conviction. That concept of the trial without a body lingered in my mind, and I began to play with it. What if the victim were not a young girl, but a beautiful, sexually aware teenager? What if the circumstances behind her disappearance were far more complex than anyone imagined? That was the genesis of IMMORAL.

Your novels, Immoral and Stripped, are very suspenseful, and parts are told from the point of view of a murderer. Were you ever influenced by Poe and his unreliable narrators?
Well, I enjoyed Poe growing up, so there’s certainly a little bit of his sinister mind in there somewhere. I like to give readers a sense of why people behave the way they do – not simply give them evil deeds with no motive. Often, that means going inside the head of a killer.

You seem to have a very busy promotion schedule. Do you have time for any leisure between writing and promoting? Do you have any favorite hobbies outside writing?
For STRIPPED, the tour will involve about 27 events in 14 states in the course of six weeks. It will be grueling but fun. I love meeting readers. I don’t wind up with a lot of leisure time between writing and promotion, but when I do, my wife and I like to get away and walk, whether it’s in cities or in the country. We also have very close friends in the UK, and we try to get over to visit them as often as we can. Fortunately, having so many of my business interests in the UK makes that pretty easy.

I will say that my favorite hobby used to be reading, but I can’t quite lose myself in books the way I used to. It feels like work! I find myself analyzing what works and what doesn’t and what I would have done differently. I may need to find a new hobby!

What are you reading right now?
James Lee Burke’s Crusader’s Cross. He’s such an amazingly lyrical writer. I love his imagery.

I just discovered James Lee Burke myself, and I agree. Did you choose your own book titles? What advantages do you see in the one-word titles?
I do choose the titles, but they often go through multiple iterations in discussions with publishers. I try not to get too emotionally involved in the title. I don’t think there’s any inherent advantage in one-word titles, but I do think having consistent, similar titles helps in branding an author, so that readers remember you. It’s hard to forget titles like IMMORAL and STRIPPED. (And just imagine how pleased my mother is with those titles…ha!)

Ken Bruen wrote of Immoral that “the writing is tough, muscular, and shot through with such a sense of loss, torment, longing, and torn innocence that it’s downright Celtic in its sorrow.” Were you being consciously Celtic?
When you think of sorrow, don’t you always think of the Irish first?

No, I have to say it was more of the Minnesota Scandinavian influence that drove my book. There’s such a tradition here of keeping emotions inside and not showing your real face to the world. That leaves one wondering what is going on under the surface.

Will you be at Bouchercon? And how can readers of Immoral find out about your next book, Stripped?
Yes, I’ll be at Bouchercon in Madison this year, and I look forward to chatting with readers. For more information about either book, just check out my web site at www.bfreemanbooks.com.

Thanks for the interview, Brian!
Posted by Julia Buckley at Friday, September 08, 2006

Group of the tough mudders are waiting for something big for the adventure with that they will make new records. They already have made records of the tunnels on the explore the details accomplishment of the records they have.

The road to success is not an easy way there are a lot of hurdles and sometimes there is the time when you do not understand what to do next so you must view it now with the new perspective that how that situation can help you in your coming future.

Indeed, previous of a nation fundamentally speculators of that nation yet without government participation they can't do whatever else also. Yet, this establishment encourage to our formers. visit website

This is extremely astounding site as for getting on the web and various offices by use it and furthermore it is helpful with the imminent of learning. on this site