Anne Frasier on Her Need for Solitude, Her Love of Music, and Her Talent for Scaring People 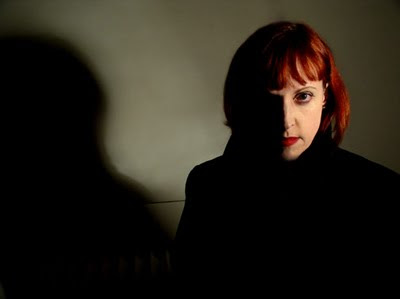 Hi, Anne! How are you?
Hi Julia! Thanks so much for the interview invitation!

No problem. What’s that really cool building/castle thing at the top of your blog, Static? Is it a real place? Can I go there?
I took that picture at the James Hill House in the Cathedral Hill area of St. Paul. The main mansion is to the right of the building on my blog. I just really liked the repetition of trees and windows. Yes, you can go there! A tour takes about two and half hours, so you’ll also be glad when you’re done going there.

Cool! Why is your blog called Static?
That’s a really sad thing… You know how you have to name your blog in order to register on blogger? But you can change the name later? Static just popped into my head and I entered it as a placeholder. I piddled around and didn’t change it. And didn’t change it. Pretty soon it seemed too late. I’ve gotten used to it, but I still sometimes wish I’d called it Popcorn and Prozac. Seems more appropriate somehow. And I get a lot of emails about static cling.

I don't know--I like Static. I went to your MySpace page and saw that you are 96 years old. Wow, you look awfully young and pretty for a 96 year old. Although I understand 96 is the new 76.
Vodka enemas. Fountain of Youth. Well, not really fountain.

So let’s talk about your fame. You have written many acclaimed books, and your latest, Pale Immortal, has one of the coolest titles ever. How did you come up with it?
Thank you, Google. I kept toying with the word immortal. Googled it, and came up with the Keats quote. It was one of those this-is-it moments. And I don’t have those very often.

I find the opening chapters to be satisfyingly creepy, and I love the young protagonist, Graham. My son is named Graham, and I sure wouldn’t want him to find himself in Tuonela, Wisconsin! Is it a real place? If so, does Tuonela resent the fact that you have creepified it?
Ooh, love the name Graham!
I’d originally planned to call the book Land of the Dead. Then that Romero guy came along with that zombie movie, and I had to go on a title quest. I Googled land of the dead and came up with Tuonela, which means land of the dead or dead land, taken from the Finnish epic The Kalevala.

A real place? Hmmm. Some people have been a little miffed by my intro, but I thought everyone would see the wink in it. Apparently not, but now I’ve ridden that ambiguity even though trickery was never my intention.

Have you always been a writer?
I’ve been writing over twenty years.

Publisher’s Weekly says that you “have perfected the art of making a reader’s skin crawl.” Why do you want to make a reader’s skin crawl?
Hah! I really don’t know, but I definitely like it. For me the process tends to recapture that childhood feeling of sitting in the dark telling a spooky story. Where everybody is leaning forward while ready to scramble.

I was the kid who left before the story started. :)

Your books become bestsellers. Is this amazing to you, or is it something you’ve come to expect? What’s your formula for best-sellerdom?
I really do think the publisher determines what will be a bestseller. My publisher put a lot of backing behind my first thriller. I was a single, unemployed mom, and I’ll admit my goal was to write a book that would sell in airports and book clubs. I studied the market and came up with Hush. Not that there’s anything wrong with targeting the market if you aren’t unemployed; I just think the desperation of my financial position gave me the incentive to aim high.

What do you like your writing environment to be?
Complete solitude. I’ve gotten kind of crazy about that.


I met you at Bouchercon (as evidenced in these rather blurry photos of you and Bill Cameron) and I found you to be a very fun person. But you mentioned that you tend to be rather quiet. Is this always true?
Yes. I was painfully shy growing up, and always kind of slinked around and clung to walls hoping nobody would notice me or say anything to me. I still do that. Which makes writing the perfect occupation for me unless somebody asks me to speak on a panel. 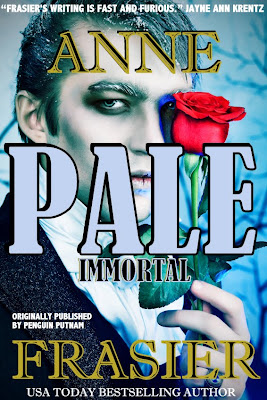 You are also a very slim person. But there must be a food out there you would eat too much of if we gave it to you. What’s your guilt food?
Haha! I’ve gained 10 pounds since I started blogging. That means in ten years I’ll weigh 100 pounds more than I weigh now. I love chocolate. All kinds of chocolate in every form. I’m also way too fond of scones.

When you’re not writing or promoting, which I’ve come to realize takes up vast amounts of time, what do you like to do for fun?
Listen to music and go to local music shows. Music is probably my first obsession, although books and music are similar in so many ways. I have a small recording studio in Minneapolis, and sometimes I think about starting a label. But it’s even harder to make a living with music, so I’m pretty sure that’s just a fantasy. Maybe.

Oh, wow. Aren't you afraid that people like me will ask to record a song in your recording studio? Like a whole album? I'm already trying to decide between Abba and The Eagles.

You’ve won both the RITA and the Daphne Du Maurier awards for romantic suspense. Are you a Du Maurier fan?
I was a HUGE Du Maurier fan growing up. I’ve probably read Rebecca five times. Reread it a few years ago, and it’s still wonderful.

You live in Minnesota, as do about seven people I’ve interviewed on this blog. Is Minnesota a mysterious place?
I think Minnesota is too cold to be very mysterious, but we do have a high level of artistic energy here. I used to live in a small town where people were easy to impress. I’d like to move back to a small town, but I worry that I’ll slack off. When I’m surrounded by talent I push myself. And I think art feeds art. Many people say Minnesota has so many writers because of the long, cold winters. That might be true, but I think I write best when I can get outside and walk out a plot problem.

How can people find out more about you and your splendid works?
My website hasn’t been updated in a year or more, so that’s not the best place to start. I would say my blog, Myspace, and the pale Immortal blog.

Thanks for chatting with me, Anne!
Thanks, Julia!

Thanks, Jason. Your novel sounds intriguing! And I love that picture with your post. It's a very moody piece.

That is an awesome interview. You ask such great questions! And, of course, get such great answers!

This is an awesome interview. You asked almost all the questions I would have asked. Thanks lots for posting it. Anne does rock, as the first person commented.

Thanks, guys. Anne has such a following of men I feel like I'm watching a Joan Crawford movie. :)

Let me know if you don't get my obscure joke.

thanks, guys! haha! julia, i have to admit i don't get the joke. are we talking joan's real life, or a movie? now i have to go find that joan crawford hanger clip that was floating around the internet for a while.