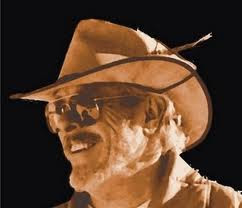 Hi, Gordon! Thanks for chatting with me.
Bonjour and G’day and you are most welcome.

You are originally from Canada, but at least one book review refers to you as “an Australian author.” Do you feel more like a Canadian or an Australian?
A bit of both, since I have dual citizenship. I went to Australia in ’73 and stayed until 2000. There was a time I expected to stay in Australia forever, but--things change. As it is, I now find it handy that I can read, write and especially edit in Canadian, British, Australian, and New Zealand English, as well as what passes for English amongst you Americans with your strange spelling habits. :)

You started out in journalism, and you’ve written a wide variety of books—some as Gordon Aalborg, some as Victoria Gordon. Do you have a favorite genre?
I started out in journalism when I was twenty—-so long ago that journalism was still a respectable profession. :) My favorite genre as a writer is definitely mystery. Which isn’t to say I mightn’t yet try, say, Science Fiction, just to see how that goes. I grew up reading Westerns, Science Fiction, and animal stories—-only came to mysteries as a young adult with—-especially—-John D. MacDonald.

He is a man much-discussed on this blog. Your pseudonym, Victoria Gordon, emerged when you were, in a sense, challenged to write a romance. Who challenged you?
There was a magazine article in Australia in the late ‘70s in which the (then) head of Mills & Boon said that no man could write their style of category romance. Three journalists, over considerable quantities of plonk (wine) determined that we men were more romantic than our respective women—-women being extreme pragmatists—-so we decided to have a go at proving him wrong. I won.

Aalborg is a cool name. Is it Norwegian? Danish?
Danish, although my family is actually Norwegian, and—-if traced back far enough as I did recently—-goes back to the Viking kings of the Isle of Man.

That's fascinating. You'll have to check out the John Dandola interview, since you share an interest in the Vikings.

You have collaborated in the past with your wife, mystery and romance author Denise Dietz. Do you plan to write together again?
Not if I can help it. :)

We have totally different voices and styles and approaches. The once (Finding Bess) was great fun, but you must remember that we were courting, then, and 10,000 miles apart, to boot. It isn’t safe for both of us to be writing romance at the same time with only a staircase between us—-not enough writing ever gets done.

Oh, my. You are a romantic, Gordon!

Your suspense novel The Specialist received rave reviews from noted names like Bill Crider and Lee Child; the latter calls it “a truly exceptional thriller.” It is the story of a serial killer who preys on female bicyclists. How did you come up with the idea for this book?
The first chapter, which is very black, was written long before the rest, and was cathartic in pulling me out of a huge, Huge, HUGE depressive state. I never would have finished the book at all without Deni’s insistence, and have no idea, today, where it was actually supposed to go in the first place.

On a remote Tasmanian grazing property, a gundog judge is murdered, at first glance by a blind man shooting blanks at a dead pigeon in an incident seen but not understood by Tasmania Police Sgt. Charlie Banes and his close friend, visiting Canadian author Teague Kendall.

Meanwhile, Kendall’s almost-lover Kirsten Knelsen, an ardent caving enthusiast, is kidnapped elsewhere in Tasmania, with nothing to even suggest the two incidents might be related. Then Kendall himself goes missing.

It takes all of Charlie’s “country cop” skills to discover the links, which involve Kendall’s vengeful Tasmanian ex-wife, a psychotic, American-hating ex-Viet Nam sniper, and a man believed to have been dead for more than a year!

Charlie’s rush to save his friends and end the killing spree is a race against time through the eucalypt forests of Tasmania’s east-coast highlands. Aided by a cranky old bushman and his even-crankier Jack Russell terrier, Charlie also has help from the ubiquitous Tasmanian Devils--world-class scavengers with their own ideas about appropriate table manners.


Wow. That is some plot. The first book is set in British Columbia, the second in Tasmania. How do you choose your fictional settings?
They choose me. I have a devil of a time (pun intended) writing about any area where I haven’t personally walked the ground and sniffed the air. The Specialist actually began in Tasmania and the action involves both locales. Dining with Devils is totally in Tassie because that’s where my favorites among the characters “are.” And where the story was/is. I’m considering a third tale in the series, and it, too, would be set entirely in Tasmania.

You also have a romance which will be published in the new year, set in post-Custer Montana. As a writer, what draws you to this time and place in history?
The Horse Tamer’s Challenge involves a Canadian Métis and an American woman searching for her twin sister, an Indian captive. I set it where it would have happened, had it been true. My maternal grandfather cowboyed in northern Montana with the later-to-be-famous cowboy artist Charles M. Russell, and having been raised in Alberta on stories of the “real” west, I have always felt some affinity for the genre and time/place. When I was nine years old, my mother had to write a letter to the library so they would let me into the adult section to take out Zane Grey and Max Brand books.

You and your wife Denise got married at a writer’s conference. Denise, a former professional singer, serenaded you with “Evergreen.” What did you sing? :)

“Evergreen?” Is that what it was? I have always sort of wondered. I have a tin ear and couldn’t carry a tune in a sack. “Evergreen,” eh? Fancy that.

Another of your creative pursuits is sculpting in wood. Have you always enjoyed this art form? Did you learn sculpture in school, or are you self-taught?
I am totally self-taught and wish (often!) that I’d had a better teacher. I took it up sort of late in the game, and I’m hoping I live long enough to learn to do it really well.

I often ask well-traveled writers to tell me the most beautiful place in the world. Since you have lived in Australia and North America, (and possibly other places), do you have a vote? Or is it too hard to narrow down?
Too hard to narrow down. I think of Tasmania as my spiritual home, but Vancouver Island, where I live now, is equally beautiful. If I could afford to live there, I’d be tempted, too, by the south island of New Zealand, which is magnificent.

What books did you read this summer?
A whole bunch nobody’s going see until sometime next year, since I do freelance editing on the side, as does Deni. For myself: John Sandford, Steve Hamilton, James Lee Burke, James W. Hall, Jeffrey Deaver, Charles deLint.

Will you be at Bouchercon in the fall?
Not likely—-look what happened the last time I attended a writers’ conference with that woman. :) Deni will be in Hawaii for Left Coast Crime, hopefully with ARCs of Dining with Devils and her latest epic, Strangle a Loaf of Italian Bread.. I shall stay home and dog-sit and work on my next epic.

How can readers find out more about Gordon Aalborg and his pseudonym, Victoria Gordon?
www.gordonaalborg.com--assuming I get it updated pdq. Good old Victoria has a new Tasmanian romance—-Wolf in Tiger’s Stripes—coming out sometime in 2010.

Thanks for the great chat, Gordon! Good luck with all of the books.
Posted by Julia Buckley at Tuesday, August 12, 2008

Thanks for the interview of an Aussie/Canadian author! It's nice to know a few are breaking through the US numbers. That's a great story about co-writing so far apart and then getting married. I need to start looking for a male collaborator. Enough writing with women!! LOL

Tassie is a beautiful place, and so's the South Island, Gordon. And with the current exchange rate, you'd probably be able to thrive quite comfortably in either place. And just think about the new places you can set your books. Milford Sound is waiting for you, with a few keas as your animal 'heroes'.

You sound like you've traveled extensively too, Jan! But those places do seem beautiful.

Here's to your collaboration!

Its just the one place to get everything. It assumes to be appreciable thesis defence that helps to get good marks. I would like to get this service. One thing is very catchy for me that they will see my gesture and posture makes me more astonished. click for source to get effective info about it.

Every teacher is expected that the students are asked for providing minimum length. But sometimes students failed. So it's carry out negative impact. Thus carry out poor marks. Last time I took this service and I am really satisfied with this. try here to know more details for thesis or others writing services.

It's not easy to manage to repeat whole meaning of the information without changing of an essay. I have faced lots of problem to make it plagiarism free when faculty gives a thesis paper. After seeing this, it feels me vivid to easy my work done. This find this is full of data with this subject line to know more.

You said right that innovation reduced ladies' tensions about training as they can get it at home now through web. Presently, they haven't click now issue with their families about leaving home for the fulfillment of the most critical thing of life which is instruction.

Great information, This article is satisfactory to value the centrality of getting ready. Direction urges you to wrap up the basic individual from https://www.paraphrasingservice.com/paraphrasing-website-content-to-avoid-plagiarism/ site the general populace. Getting planning is irate in any case feel fundamental as making articles can manage your issues.