Tim Maleeny On Bribing the Mob, Living Vicariously, and Dining With Twain 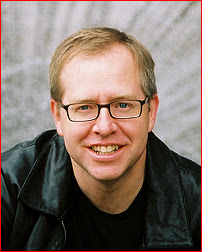 Tim, thanks for agreeing to chat again on the blog.

You have a new book out this month called Greasing the Piñata. Why would one grease a piñata? Isn’t it dangerous enough when blindfolded children are armed with baseball bats?

Greasing is an old mob term for trying to bribe a public official, and one of the characters in this novel is a U.S. Senator. As for the piñata, much of the story takes place in Mexico, and the term ends up being used as a metaphor for politicians in general. At one point in the book a police inspector from Mexico City says, “Politicians are like piñatas. If you want something good to come out of them, you have to beat them up sometimes.”

Ah--that makes sense. Your book, like all of your Cape Weathers mysteries, starts off with action and suspense. What were your favorite action flicks when you were a kid? I’m guessing you were a Mannix guy.

Mannix not so much, not sure why. I might have been watching cartoons instead. But I grew up surrounded by the pulp adventures from the thirties and forties, thanks to my parents. Tarzan, Doc Savage, The Shadow. And we used to go the public library on Saturdays and watch the old adventure serial films, the episodes that would always end with a train collision, or someone falling off a cliff, that sort of thing. Great fun.

How cool. Will you be taking a promotion break to have some quiet Christmas time? Is it tough to begin promoting in December?

You have to split the tour, so I did as many bookstore appearances as I could in December, mostly closer to home, and then I’ll start traveling again in mid-January. Dates are still being added, so I’ll be updating my site about once a week through February.

You are now with Poisoned Pen Press. Has the transition (from Midnight Ink) been an easy one?

Poisoned Pen is remarkable, really a delight to work with, and they’ve also been very successful as a publisher despite all the horror stories you hear about the state of publishing today. They publish more mysteries annually than any other publisher with the exception of St. Martin’s. They keep their standards really high but they have an incredibly eclectic stable of authors, which I think makes things a lot more interesting, both for readers and the writers. Everyone has made me feel very welcome.

Your creation Cape Weathers is the kind of guy who follows his gut, even if that pisses people off. Part of this is a hard-boiled mystery convention; however, if you suddenly became a P.I., would you be like Cape Weathers?

I’d love to be a cross between Cape and my other protagonist, Sally, who tends to be a bit more sure of herself than Cape — he’s probably more stubborn than wise. But Cape often says and does things that I wish I could in real life — some of them outrageous — so there’s definitely some aspect of living vicariously through your characters going on when I write.

Library Journal praises your “labyrinth of plot twists.” How do you come up with your plots? Do they just pop into your head? Do you use endless post-it notes like Elmore Leonard? Or perhaps a giant blackboard?

I’d love to have a giant blackboard, but first I’d need a giant wall. Post-its and scraps of paper with illegible notes are a common site in my office. The basic premise usually pops into my head, but then I try to think of the most elaborate scheme imaginable based on that simple beginning. Then I twist and twist again — kind of like Chubby Checker — and then I try to write myself out of the maze I’ve built. Most of the time it works.

Do you have time to read these days? If so, what’s your latest book?

I still read voraciously but less than I used to, sadly, because writing takes so much time. (Especially if you misplace a post-it note.) I recently read The Big O by Declan Burke, and it’s genius from page one. Victor Gischler’s Go-Go Girls Of The Apocalypse is a wildly entertaining vision of the near future that might change how you look at the present. And my latest read is Shanghai Moon by S.J. Rozan, and it’s mesmerizing, like being transported in time. Really great.

Will you continue the Cape Weathers series, or are you venturing into new fiction territory?

Yes to both questions. The next book after Piñata is a standalone novel called JUMP, which will be released in June 2009. Imagine Elmore Leonard writing an Agatha Christie novel, a dead body and ten suspects all in a tight location, but with personalities that might be a bit more quirky and twisted than you’ll find in a traditional mystery. It’s part crime novel and part romance, sort of a guide to finding true love in the midst of a multiple homicide.

After that I return to Cape and Sally, another book in the series that I’m working on now. (Provocative title to be determined.)

That's some excellent salesmanship; I will be looking for Jump.

If you and Cape Weathers went out on the town (hypothetically you’d still be single) and approached a beautiful woman, who would win her heart—you or Cape? Why?

Definitely Cape, though he’d choose the one woman in the joint guaranteed to break his heart. If only he could learn from his mistakes — or from mine, and vice versa — then maybe we’d both score.

Yeah, and "if ifs and buts were candy and nuts, we'd all have a merry Christmas." I don't even know who I'm quoting (or misquoting) there, but it seemed appropriate.

John Lescroart, a truly great writer, called Greasing The Piñata a “tequila-soaked adventure”, and what could be better than tequila on a cold winter’s day? But unlike tequila, my book can provide hours of memorable mayhem without the hangover the next day. It’s also more desirable than a lump of coal, according to a recent survey my publisher conducted among both naughty and nice kids.

Think of it as a chance to travel to Mexico this holiday season without dealing with those long lines at the airport.

Play with my kids every chance I get. Write another book, and maybe get on fewer airplanes. I’m really hoping scientists figure out teleportation soon.

If you were to write in any genre outside of mystery, what would it be?

If I can find the time, I’m hoping to write a young adult novel next year, something with a mystery angle but more in the fantasy genre.

Well, Harry Potter and Twilight have shown us that young people like their fantasy.

I’m feeling hypothetical today: if you could get a writing lesson from any writer, living or dead, whose words of wisdom would you want?

Elmore Leonard’s book on writing is great, I’d love to be able to sit down with him and talk at length. Ray Bradbury and Lawrence Block are also favorites, each for a different reason, and their books on writing have been great sources of confidence and inspiration.

For the dead guys I’d love to chat with Edgar Rice Burroughs, Mark Twain, and Teddy Roosevelt, maybe all at the same time.

Imagine what a spirited conversation that would be! No pun intended.

Good luck with the book, Tim, and thanks for creating such a fun duo in Cape and Sally.
Posted by Julia Buckley at Wednesday, December 17, 2008

Wow! I love the part about politicians being like pinatas. Excellent quote to keep in my head. I definately must read this book!

Tony Peters
Author of, Kids on a Case: The Case of the Ten Grand Kidnapping
www.eloquentbooks.com/KidsOnACase.html

Hello, Miss Kitty. Just passing through and stopped to check out your snow pictures and read the Tim Maleeny interview. Wonderful job, as usual!

The bribing and the other sins are discussed in this site with the real blog of perfection. You can look here and get the public link with the official notice. Make your choice with the real happenning in this area.

The new link of the mobile is present here which can work with the new section of the dining and the other deal. Just find more hints and enjoy the greasing link with the better affection. You can also see more characters here.

In this area of the mysterious musings you can find the space of the dining with the better option. Just move on with visit website and enjoy the better zone of fun. You can also see the area of the baseballs bats here.

An instructor must accord the front line guidance. Present day guidance asks for the front line teachers who can prepare the www.scriptwriting.biz/best-10-script-writing-tips-for-a-selling-screenplay/ according to the propelled preparing. Additionally, teacher's ability is most fundamental in light of the fact that an educator need to instruct the natural understudies.

After reading this I have come to know that on this site we have provided you the most important and necessary things which can make your day by writing the best paraphrasing thesis.