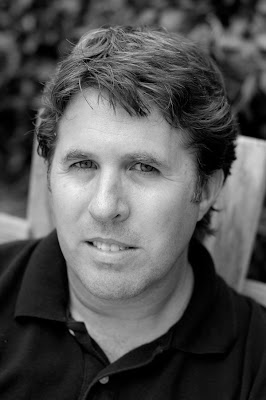 Brett Battles writes a series of books about Jonathan Quinn, a "cleaner" who makes bodies disappear when his clients need the service. Battles' book, SHADOW OF BETRAYAL, came out in paperback this week.

The plot of Shadow of Betrayal is complicated. Do you write outlines before you write books?

I usually do a 10 to 15 page synopsis/outline, which I give to my publisher before writing each book. I then also create a lot of notes both before I begin and as I’m going along. At one point for SHADOW I actually stopped working on the draft for a couple of days, and spent that time writing bullet point lists of the story from each of the main/important characters points of view. It really helped me get everything straight for the final push to the end. I should point out that though I create that 10 to 15 page synopsis, the final story doesn’t always (as in never) stick completely to it.

Makes sense. The main character, Jonathan Quinn, is a “cleaner.” What exactly is this?

Quinn's job is simple on the surface. He’s an expert at making bodies disappear. If you work in the world of international espionage, and you’re pretty sure you’ll be having a body that needs getting rid of--that you don’t want anyone to ever find-- Quinn’s your man. And though he’s not hired to be the one who does the shooting, there are many times when he has to pull the trigger.

The events of the story happen all over the world; within the first few chapters the reader travels to Ireland, Africa, Canada, and the United States. Is it important that a thriller not be limited to one location?

I don’t think that’s necessarily true. There are many excellent thrillers that take place in limited locations. It just so happens for Quinn that he plays on an international stage. My next book, a standalone called NO RETURN, takes place entirely in a small Mojave Desert town that’s home to a Naval Air Base.

A careful reader will note homages to other writers in your text. A character named Chercover seems to reference mystery writer Sean Chercover, while the company called Cameron-Kadash Industries seems a link to writer Bill Cameron and his protagonist, Skin Kadash. Have I missed some others? Do you always reference real people in your books?

You’re the first other than Bill to catch the Cameron-Kadash reference! Nice job. There are plenty of other references in my work, but not just to other writers. I also do little nods to old friend from high school and college and other parts of my life. Kind of my way of saying hi if they happen to read the book. Plus it makes it fun for me.

Your name, Brett Battles, seems perfect for the spine of a book, especially in this genre. Did you always see yourself as a writer?

I remember in the fifth grade telling my friends that I was going to be a novelist. But that had nothing to do with my name. I was too young to be thinking that way. I just loved stories and loved to write. I still don’t think too much about what my name looks like on a book. I do smile when people tell me it’s a good writer's name. Still, the credit for that is not mine at all, it’s my folks.

Quinn’s love interest is a tough and beautiful woman named Orlando. How did you happen to name her that? Is Orlando inspired by anyone?

She’s not inspired by anyone in particular. She just kind of came to me and developed as we went along. (That’s how most of my characters come. Few, if any, are actually based on someone I know or have met.)

As for the name, there was a movie several years ago with Tilda Swinton called ORLANDO (which, itself, was based on a book by, I think, Virginia Woolf.) Now, the plot and the character of that story has nothing to do with mine at all; I just liked the name and went with it.

Quinn has an assistant named Nate about whom he feels very conflicted. It is hinted that, in a previous book, Quinn made a bad call and Nate ended up losing a limb because of it. Is a character’s conscience a difficult thing to put on the page? Do you find it to be an effective way of maintaining tension?

It’s only difficult in the fact that you need to walk the line of neither over playing nor under playing it. But, if you know your characters well, this should be fairly easy to do. I do like using it when it is appropriate not only because it does as you mention (maintaining tension), but it also is a great tool for revealing character. But, again, it definitely needs to be used only when appropriate.

Children—particularly special needs children—are a focus of this book. As a father, do you find it difficult to write about children in peril?

I do. And I doubly did in this because I am a parent of a special needs child. Like Iris in SHADOW, my son has down syndrome. So, yes, it was difficult to write at times, and there was one particular scene that I had to stop in the middle of and take a walk because it touched me deeply. These are some pretty special kids (beyond their needs), and I was glad to be able to show them on the page.

Iris is a very lovable character. What are you writing now?

Well, I have two books waiting in the wings. NO RETURN, which I mentioned above, is a standalone about a TV cameraman who returns to his hometown in the Mojave Desert to shot an episode of a show and in the process witnesses a navy jet crash. He’s first on the scene, and, at that point, the pilot is still alive. Unfortunately he is unable to save him.

Then the next morning, when he’s reading an article about the crash in the local paper, he is stunned by the photograph of the man purported to be the dead pilot, because he’s not the same man the cameraman attempted to save. Naturally at that point, things go from bad to worse. NO RETURN is due out in Apirl of 2011.

The other book that’s ready to go is the next Quinn novel, THE SILENCED. It is the most personal Quinn book yet, one in which readers will learn a lot about the life he had before he became a cleaner.

And as far as what I am working on, I’m working on outlines for some new books, and am writing a book I’ve wanted to work on for a while. No details yet on that, but hopefully soon.

Do you have literary heroes? If so, who are some of them?

Of course. There are the heroes of my youth, those who taught me to love reading: Arthur C. Clarke, Robert Heinlein, Alistair MacLean. And there are the heroes I found as an adult writer: Stephen King, Graham Greene, Haruki Murakami…among many, many others.

Will Jonathan Quinn be back in future books?

Yes. As mentioned, the next Quinn book is already written (THE SILENCED). And I definitely see at least a few more after that. So he’ll be around. Count on it.

James Rollins calls your writing “addictive.” Is it interesting to be someone’s addiction? :)

Do you write full time?

I do. It’ll be two years this coming September.

How will you spend the summer?

Mostly either writing or spending time with my kids. The two things I love most.


A great combination. Thanks so much for chatting with me, Brett!
Posted by Julia Buckley at Wednesday, June 02, 2010

BP wishes it was as evil as Cameron-Kadash.

SHADOW OF BETRAYAL is very thought provoking book.Although I was busy in exploring www.duplicatechecker.net/consequences-of-plagiarism-in-college so could not check this post in time.Its really perfect one.Thanks.

Initially I got to see some brilliant output from your end but now I find some real grammar issues in your content.Why don't you try www.grammarcorrector.org/check-grammar-mistakes-in-your-text for this purpose? Thanks.

Brett Battles on Hidden Messages, Inconvenient Corpses, and Suitable Tensions looked me a boring title but as I read more about this I found interest in it.Good to read this one.Thanks.

It is very lovely platform and I often like to visit this page for some interesting posts http://www.copyrightchecker.net/how-to-check-copyright-content-on-website-in-30-seconds/.Pardon me I have some urgent essay writing task to complete.Thank you so much.

Your newsletters are very informative for me and I learnt quite much essay writing tips go to site from your content.I would like you to share content on different informative technology based topics.Thanks.