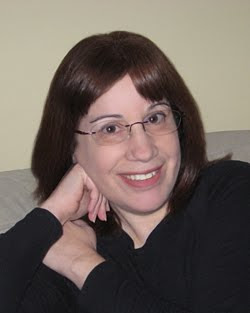 Hi, Lois! You have had a mighty busy year, and a look at your blog suggests that things aren’t going to be slowing down soon. Do you like the hectic pace of publishing?

I’ve always worked in industries where deadlines were the norm, and everything had to be done sooner, rather than later. So I’ve never known anything but a hectic pace. Not sure I could slow down if I tried.

You write a mystery series about a crafty woman named Anastasia Pollack. How did you come up with that name?

Ah, names…they’re the bane of my existence. I have to have the perfect name for a character before I can write about him or her. One of the most dog-eared books on my shelf is 35,000+ Baby Names. However, Anastasia was easy to come up with. I wanted a Russian name because of the antagonism between my protagonist’s mother, a woman who claims to descend from Russian nobility, and her mother-in-law, a flaming red commie. What better first name than that of a Russian princess? As for Anastasia’s last name, I came across it in something I was reading, and I liked the way the two sounded together.


You yourself are crafty. Did you craft all of your Christmas presents this year?

Not all but I did make some of them. Back before I was juggling so many deadlines, I made most of my gifts, but that was a long time ago in another life in a galaxy far, far away.

You’ve won lots of writing awards. Which one meant the most to you?

That would have to be the contest that led to the sale of my first book. It was a publisher-sponsored contest, and although I didn’t win (I was first runner-up,) I was offered a publishing contract at the conclusion of the contest.

That would be The Good Wife. Between the multi-layered character development and intricately woven subplots, it feels more like reading a good novel than watching network TV. The writing is phenomenal. The storyline was ripped from recent real life political scandals, but the writers have gone well beyond that, creating something with considerable depth.

You love Broadway Musicals. If we were to meet and I started singing, say, “ . . . you and the world we knew will glow, till my life is through, for you’re part of me from this day on . . . and someday, if I should love, it’s you I’ll be dreaming of, for you’re all I’ll see from this day on,” what would you sing back?

Trust me, Julia, you really, really don’t want me to sing! But those lyrics are from Brigadoon, and the next lines are:

“These hurried hours were all the life we could share.
Still, I will go with not a tear, just a prayer
That when we are far apart, you’ll find something from your heart
Has gone! Gone with me from this day on.”

Yea! Now, on to the important question: If Andrea Bocelli and Pierce Brosnan both invited you for a romantic moonlit gondola ride at the SAME TIME and you could only choose one of those experiences, in whose gondola would you climb? I know you probably get asked that all the time.

Talk about an unfair question! How about if Pierce Brosnan is my date and Andrea Bocelli is the serenading gondolier? Pierce is definitely better looking, and since I don’t speak Italian, we wouldn’t have a language barrier, but have you heard him sing? What in the world were the producers thinking when they cast him in the movie version of Mama Mia and let him sing his own songs?

I have heard him sing, and I did giggle a lot. But I would still let him sing to me. All day, if he wanted. :)

What are you writing now?

I certainly hope by the time this interview is posted on your blog, I’m hard at work on book 3 of the Anastasia Pollack Crafting Mysteries.

How are you enjoying the promotion of your book, ASSAULT WITH A DEADLY GLUE GUN?

Authors are supposed to enjoy promotion? I must have missed that memo. Seriously, though, in-between the nail biting of waiting for reviews and sales figures, I am enjoying the blog tour I’m on to promote ASSAULT WITH A DEADLY GLUE GUN because it’s giving me a chance to connect with readers from all over the country and beyond. The tour began the end of December and will continue throughout January. By the way, anyone who posts a comment to any of the blogs where I’m guesting will be entered into a drawing for one of five copies of ASSAULT WITH A DEADLY GLUE GUN. You can find the tour schedule at my website, http://www.loiswinston.com and at Killer Crafts & Crafty Killers (Anastasia’s blog), http://www.anastasiapollack.blogspot.com.

Today’s successful writer is a multi-tasker. Are you good at multitasking? Are you able to knit with your feet while you type your books?

Actually, I prefer to cross stitch with my feet while I type.

Fair enough. You love Manhattan, a place I have never been. Assuming I travel there, what should I absolutely see before I leave?

Hmm…that really depends on your interests. Manhattan has something for everyone. Let me know when you’re coming, and I’ll give you a guided tour designed especially for you. Given that you knew those lyrics from Brigadoon, I’m thinking you’d definitely want to take in a show, and I know how to score half-price tickets ahead of time instead of waiting in line for hours at the TKTS booth.

Awesome! That would make the trip worthwhile.

Where did you celebrate the holidays?

Our family is scattered all over the country, and many of them flew in the end of October for a family wedding. So 2010 was a small, intimate Christmas with just my husband and the newlyweds.

Email and blogs. However, at the top of my towering to-be-read pile is City of Shadows by Ariana Franklin. I loved her Mistress of the Art of Death series and am hoping City of Shadows is just as good.

Another one of those questions where I can only choose one answer? So not fair! Peace would have to top the list because war is not healthy for children and other living things. But I’d also like lots of zeros -- both in an advance on my next book contract and on my royalty checks.

That sounds good! Thanks for chatting, Lois!

Thanks for having me, Julia!
Posted by Julia Buckley at Monday, January 10, 2011

Enjoying following Lois's blog tour. Continuing to enjoy all of your blog, Julia.

Thanks for stopping by, Jody! I'm glad you're enjoying the blog tour.

Just reading about all you do makes me tired.

Doing it makes me tired, Warren! I've been sitting at the computer all day, and my eyes are beginning to glaze over. Must be time for another cup of java.

Thanks for reading, everyone--Jody, I hope you're having fun. :)

And Lois, thanks for the great interview.

Thanks for inviting me, Julia!

Lois, when you sprint among the blogs at this pace, you'll have to understand that some of us are a full lap behind you.
Whew.
Send me a book before I drop from exhaustion of following your blog tour!
LOL

LOL, Jeff! That would be cheating. However, you are now officially the #1 Lois Winston groupie.

In this area of the mysterious musings you can find a better way to set the new dimension. You can also get the new session of your life with this area. Just go with the link of http://www.apostrophechecker.com/everything-you-wanted-to-know-about-apostrophe/ and understand the new phase of the life.

Of this type with the mystical musings you will find an easier way setting the newest dimensions. You can even have the fresh treatment you will ever have using this location. Merely choose the web link regarding helpful link and also comprehend the newest period with the living.

There may be the revolutionary website of your energy on this subject or maybe while using the practical get the facts and experience the time period on the meet with.Also you can find the very best article author products and services on this region and revel in the revolutionary a part of everything.

With the new link of the Lois Winston, you can find the better area of the singing and can maintain the new link. Just cover the link of http://www.copychecker.org/copyright-text-checker-and-plagiarism/ with this field and maintain your life with the writing and the other field.

The new area of the Lois Winston is waiting for your help. You can find the new view for the better world in this zone. Just find the new link with www.punctuationchecker.org/proper-quotation-marks-punctuation and improve your life with the better fun zone.