Mystery Writer Clare O'Donohue Chats About Rediscovering Chicago, Playing in the Ocean, and Getting Free Food 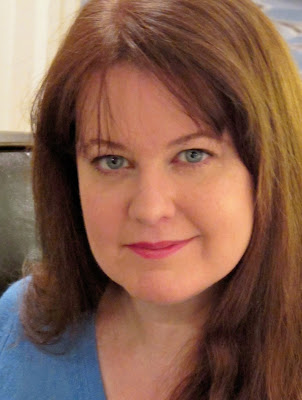 Hi, Clare! Thanks for doing an interview. Your book, MISSING PERSONS, is set in Chicago, with many recognizable locations. Are you a Chicagoan?

Yes, I grew up on Chicago’s South Side and have lived in several neighborhoods throughout the city as an adult. But I also spent years living away from Chicago – in London, Los Angeles and New York. I sometimes feel I know those cities better so setting the Kate Conway Mysteries in Chicago has meant taking the time to rediscover my hometown.

Your hero, Kate Conway, must investigate the death of her estranged husband, which creates plenty of drama beyond the standard murder mystery. Did you like this premise because of all the possibilities for conflicting emotions?

In a divorce, the tendency is to focus on the negative aspects of the former partner. But in death, the tendency is to focus on the spouse’s most positive traits. I loved the idea of Kate being caught between the two opposing narratives. Ignoring her feelings would be her first choice, but once she becomes a suspect, she has to deal with them – and solve two mysteries. The overload of emotions, plus her in laws, the husband’s girlfriend, a job she’s conflicted about – piling it all on her seemed like a great way to introduce her to the world.

Kate works for a company which makes exploitative television programs, and she is the first to admit that people’s pain makes for good tv. As a television producer, do you experience crises of conscience about whether or not your work is exploiting people?

Sometimes. Unlike Kate, I usually warn people how their interviews will be used. I don’t want to see anyone blindsided, and I don’t want to deal with the angry phone calls. On true crime shows, victim’s families are always treated well, and should be, but sometimes “suspects” aren’t. The shows are on the air, and available for viewing so I have the opinion that people know what they’re getting themselves into. While I am always respectful, even with killers, I have a job to do.

One of the characters owns a bakery and is always giving people free baked goods. Is she based on someone real, and if so, where can I find this person?

I’ve done a number of Food Network shows and whenever I’ve produced an episode in a restaurant, whether it’s a pizza joint, a bakery or a high end five-star place, the owner is always giving us food. My advice is take a camera crew into a restaurant and shoot an episode for the Food Network. You’ll eat yourself silly.

Time for a career change! Seriously, though, you have some neat details about running a bakery. Did you observe in one (and write off any cake consumed as a professional expense)?

My familiarity comes from working on episodes of TV shows set in bakeries – so I’m truly stealing from my own experience there. And I’ve eaten my fair share (or more) of baked goods both on and off the job.

Kate meets her almost-ex-husband’s girlfriend and actually starts to like her. This makes for some fictional surprises; do you know of people who have been achieve this sort of friendship?

I don’t, though I think Kate’s reluctance allows for that aspect of the story to feel real. She doesn’t want to like her, but Vera is very likeable. I think Kate also has the agenda of wanting to understand why Frank chose Vera over her and uses the guise of friendship to get that access, then discovers – to her dismay – the many reasons why he might have loved Vera.

Kate is producing a television show about a young woman who has been missing for almost a year. Sadly, it often IS young women who are missing, and the rhetoric of missing woman, slain woman, molested woman, has become constant news fodder. Do you think there’s anything that can be done in the world of television to somehow change our perception of women as perpetual victims?

Years ago I read a study about what men and women fear from the opposite gender. According to the study, a man most fears a woman laughing at him, and a woman most fears a man killing her. TV plays to those fears – men on sitcoms portrayed as emasculated idiots being laughed at by their wives, and women on TV movies and true crime shows are shown as victims of violent crimes. There are lots of shows where this isn’t the case, thankfully, but I think some TV shows play to these fears, because we’re drawn to them, wanting to tell ourselves, “that isn’t going to be me.”

Interesting that the people in charge of programming are interested in perpetuating some of these destructive ideas.

On a different note, when on a shoot, Kate rides around with a sound guy and a cameraman who are pretty fun companions. Would you say they are realistic depictions of a camera crew?

Very realistic. When I’m working I almost always travel with crew. It’s just easier to get to locations, parking etc…if we’re together. We talk about our lives, the story we’re working on, and lots of conversations about where we’ll have lunch. On true crime shows, my camera man and I will go through the case as if we’re detectives, much like Kate and Andres. The sound guys, like Victor, are frequently musicians, though not always as adorably sensitive. But it’s a team, and often a close team. Between the hours and the intensity of the work, you get to know each other well, and if you’re lucky, become good friends.

On your website you suggest that freelancing creates a lot of “downtime.” Has this been a perk, in your experience, or just a time to worry about finding more work?

It’s both. I love having free time. It’s made writing books, and especially book tours, possible. But being freelance is, in many ways, an endless search for jobs. The oft-spoken truth of freelancing is that when you have time you have no money, when you have money you have no time.

MISSING PERSONS is the beginning of a series; I felt that in the book Kate formed a sort of bond with the detective who was investigating her husband’s death (or at least I got the sense that he was interested). Am I barking up the wrong tree, or might Kate at some future time meet up with that policeman?

It’s a funny thing. You create a small character, and then some of them become real, like a character actor in a movie who steals the scene. At the beginning of Missing Persons, I saw Det. Podeski as a one book guy, as I did with Det. Yvette Rosenthal, who worked the other case. Both could come back in future books and probably will. I don’t see anything romantic with Podeski, if that’s the question, but I do think that Kate has a friendship with him, and if she gets into trouble, she might be willing to ask for his help.

You’ve written a series about quilting and now a series about a television producer, both of which are topics with which you’ve had some experience. So I’m curious—-as a writer who is all Irish, do you envision ever setting a series in Ireland?

I was just talking today with my cousin, Patrick O’Donohue, who lives in Galway City, about heading there next summer to “research” a possible book aka hang out and have fun. I would love to set a series, or at least a book, in Ireland. So often it’s depicted in books and movies as cute and magical, as if leprechauns pop out of teacups, and not as a modern country with ordinary people just living their lives. I’d like to show that Ireland – the real Ireland.

And on another note of heritage: were you named for County Clare, or did your parents just like the alternate spelling?

I’m named after the county. My father was born and raised on a farm near Lahinch, Co. Clare. Lahinch is a lovely town on the Atlantic Ocean and some of my favorite childhood memories are walking on the beach with my brothers, sister and cousins, and playing in the ocean. It was so calm, so beautiful. Of course now I would think – what a great place to set a murder.

Thanks so much for answering my questions, Clare!
Posted by Julia Buckley at Friday, July 15, 2011

A new site of the mysteries is present before you with the help of which you can find the real fun zone with the nice adventure. You can look at here now and can see the real picture of the interest.

An area of the mystery where you can find the best news with the better pace. You have to just click the option and can go to the website in order to find something new. You can also find the best writing area here.

An area of the mystery writing where you can find the new world with the best conditions. Just make your work more great and check it the right pattern for your better working style. You can also find the new zone of the paragraphs in this place.

With the area of the mysterious musings you can find the Rediscovering Chicago. You can also enjoy your life with the new phase of the ocean. Get your time with www.sentencechecker.org/10-different-types-of-dictionaries-and-their-functions/ and enjoy the new feelings in your life.

Mystery of the writer is waiting for your deal of fun. With the link of http://www.sentencecorrectiononline.com/no-more-mistakes-with-correction-of-sentences-online/ you can make the nice composition for your life. You can also settle with the better details here with the free section of the food.