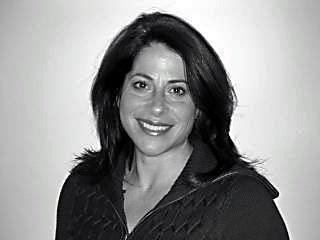 Amy Edelman of THE HUFFINGTON POST called your book “a frighteningly great indie.” What’s the premise,

The plot revolves around a troubled Los Angeles Sheriff’s detective, Gabriel McRay, who is terminated for police brutality. Gabriel suffers from rage, aggression, nightmares, and memory lapses. He is court-
ordered to seek therapy. During therapy, he discovers he is plagued by a suppressed memory of a childhood trauma. When a serial killer begins leaving personal notes addressed to Gabriel on the bodies of his victims, the notes begin jarring his memory. Gabriel soon realizes the killer’s identity lies within the blocked memory. He then runs two parallel investigations: The first, a dark journey into the terrifying recollections of his past and the second: a search for a killer who seems to know more about Gabriel, than he knows himself.

and why does she call it frightening rather than “mysterious?”

The method in which the killer dispatches his victims could easily fit a horror novel!

Would you put your book in the mystery or the horror genre?

The book has elements of horror, mystery (because it is a who-dunnit) and most definitely is a psychological thriller.

You have written for both television and movies. With what shows have you been affiliated?

Regarding television and film, two credits of which I’m proud to be a part are “Chris Isaak’s Guide to the New Orleans Jazz Fest,” which was the last footage shot of New Orleans right before Hurricane Katrina hit, and “The Ghost and the Gangster,” which I wrote for the late, Academy Award- winning producer, John Daly. Just to be associated with him was a kick. The stage play, Follow Your Dreams, which ran for two months in Los Angeles, gave me the opportunity to co-write with director, writer and producer Ronald Jacobs (That Girl, The Andy Griffith Show, The Mod Squad). Mr. Jacobs is not only a co-writer, but he’s been a wonderful mentor to me in regard to my writing. Working with him allows me to exercise my funny bone. Writing comedy is a wonderful break from the dark side of writing mysteries.

How did you go from writing in Hollywood to writing mysteries?

I actually started off writing short horror and mystery stories – they were my first published items. I turned to scripts because the opportunities came along. For me, writing mysteries is a solitary endeavor and I enjoy stepping out and co-writing in other genres when the opportunity knocks.

You mention that your favorite pastime is to “pick the brains of therapists.” How exactly do you go about doing that? Did you arrange interviews with therapists in order to research your novel?

Most people, even psychologists, like to be interviewed about their work. Before I bother anybody, I will research all I can on the internet. After that, when I have specific questions that need answering, I’ll seek out the opinion of professionals. I think they appreciate that I look like I know what I’m talking about (even if half the time I don’t!) Now I have a wonderful pool of psychologists, therapists, and psychiatrists who are willing to help me out with my work. Taking people out for coffee is a great way to keep the conversation casual. I’m very excited about an upcoming event in which psychology students at a local college will actually be analyzing the antagonist from The Dark Before Dawn!

You live in L.A., and that’s the setting of your novel, DARK BEFORE DAWN. Many famous mysteries have been set in L.A. Did you find this intimidating when you chose your setting?

I myself am a big fan of L.A. mysteries and noir. There is something about this city that just begs to be a setting for trouble. I’m a second generation Californian, so I was not in the least bit intimidated to set my plot down right here in Los Angeles. The Santa Monica Mountains are both eerie and beautiful, deeply imbedded with various facets of the Old West, the American Indians, Hollywood movies, the Pacific Ocean, and New Age lifestyles. I couldn’t think of a better place in which the characters could operate.

Will there be a sequel to your book?

Oh, yes. The next novel, Deep into Dusk, is ready to roll. In it, Gabriel continues to deal with the “trauma” he has now recalled. The new case to which he is assigned perfectly correlates with where he is in his psychological progression and, unfortunately for him, features a femme fatale.

How did you come up with Gabriel McRay, the name of your Sheriff’s detective?

The name just seemed to come, and it felt right. Sometimes I think writers are open conduits – we get these ideas, sometimes out of nowhere, and then the characters write themselves.

Did you interview people in the Sherriff’s office in order to research McRay?

Okay, here’s a real mystery. I wrote the original draft some years ago. At that time, I had interviewed a detective who gave me a tour of the Sheriff’s substation in my area and answered a lot of questions for me. Unfortunately, I lost contact with him in the interim. So now the book is published and his name makes the acknowledgement page and I go to the Sheriff’s substation to hand-deliver a copy of the book with my thanks. Only nobody there knows him. They look up his name in the database, thinking that maybe he was transferred or retired. He’s nowhere to be found. It’s as if he never existed.

That is so bizarre!

The good news is, the Lieutenant and other officers are so mystified by the missing detective, they’ve become solid supporters. The only thing they ask is that I keep the police procedure as real as possible. On an interesting side note, my husband and I once snuck into the county morgue to do research. Thankfully, my niece is studying to be a forensic anthropologist, so I no longer need to trespass in order to research the forensics.

That’s good! What are some of your own favorite mysteries?

Thomas Harris’s books are a big influence and some of my favorite reads. Red Dragon is truly one of the most frightening books I have ever read. I grew up on Stephen King. Not exactly mysteries, but I was practically addicted to his books, and that’s probably where the horror comes from. I admire Jim Thompson’s books like The Killer Inside Me and Pop. 1280 and, as I’ve mentioned, I’m a fan of old L.A. noir, like the works of Raymond Chandler.

Good luck with your publications, Laurie!

Thanks so much, Julia, for the opportunity to appear in Mysterious Musings!
Posted by Julia Buckley at Tuesday, November 08, 2011

Laurie, I've read the book and it's fantastic! It's always interesting to learn more about the author and her influences. I especially liked how you described LA--a completely different perspective from my own. I will definitely look at it with fresh eyes next time I'm in town.

I thought The Dark Before Dawn was one of the best novels for the genre. I am an avid murder mystery reader and can't wait for the second book.

Laurie, what do you like best about using your own hometown as the setting for a book? I did the same thing (Charlotte, NC) in my detective novel, Kiss Her Goodbye.

Don't make a fun like this. Everyone need some trusted site that they want to read and solve some problems. But some of site are so much bad in this time. I like this so much. But now I know this why they trust this site.

The blogger can make a good blog. and make a bad blog also. This is the true. They can effect on this society also. If they want. But eveyone not like that. I think every blogger is like this. So that our society is so

With this area of the hollywood and the native Laurie Stevens, you can find the new sessions of the book in this zone. Just get your link of http://www.englishgrammarcheck.org/english-grammar-check-for-professional-writing/ and find the new area of the attention with the final fun zone.