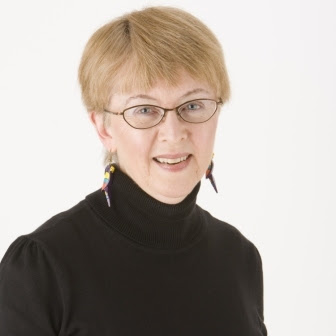 Hi, Ann—thanks for chatting with me.

You refer to your first mystery, Night Kill, as a zoo-dunnit, and you suggest that very few mysteries are set in zoos. With so many animal lovers in the world, why do you think this is not a more common setting?

I have a couple of theories. One is the association of zoos with children and possibly an assumption that only books for children would use this setting.

Another is that there just aren’t all that many zookeepers, period, and therefore not many who write fiction. Every zookeeper has a trove of fascinating stories, so let’s hope more of them decide to write! Another reason may be that people outside the profession think of zookeeping as rather sweet and undramatic, more appropriate for heartwarming anecdotes than for murder.

Trust me, it’s a dangerous profession, the relationships between keepers and animals are complex, and keepers share the same emotions and conflicts as the rest of humanity. And it's got all those great animals, so it’s a rich milieu for crime fiction. Night Kill is driven by grief and anger—I don’t think you’ll find it sentimental. In fact, I felt I had to go back and lighten it up a bit and add some humor.

You have a great deal of experience working with zoo animals, but your love of animals can be traced all the way back to childhood. Was there any one incident or encounter that turned you into such a naturalist, or do you think it was simply in your DNA?

One vivid memory is a car trip with another family, a Sunday drive in the countryside around Sacramento. We stopped on a little road surrounded by pastures and got out. The father of the other family, noted California conservationist Elmer Aldrich, pointed out an excited pair of killdeers calling and flapping around as though they each had a broken wing. He scooped up something from the gravel roadside. In his cupped hands was a downy killdeer chick, the most beautiful thing I’d ever seen. He put it down as soon as we’d all seen it, and we moved away so the parents could relax. I’ve never forgotten that magical moment, that scrap of vivid life.

I think most of us are drawn to the natural world, if we get the chance to experience it as children. Children who are never taken hiking, never hear the names of birds or plants, never get their hands on sticks and worms lose this urge and are easily frightened by the wild. I was lucky in having those opportunities when I was young. I also read for hours every day (I was very introverted) and I loved animal stories—Walter Farley, Jim Kjelgaard, Margaret Henry. In college, I ended up a psychology major because the psych department had pigeons and white rats and even squirrel monkeys. A fluke encounter with The Management of Wild Mammals in Captivity by Lee S. Crandall, a used book I bought while in college, started my fascination with zoos.

This quote is on your website:
“Force-feeding smelt down baby harbor seals, injecting antibiotics into tiny tree shrews, stuffing calcium pills into dead mice, making fake caddis fly larva—we did whatever it took. I once waded into a stock tank with a baby hippo and gave it an enema. Sad to say, it worked.”

First of all, how does one know when a baby hippo needs an enema?

Easy. Food goes in one end and nothing comes out the other!

When I was hired, zoos were transitioning from keepers with farm or maintenance backgrounds toward keepers with an education in biology and previous experience with exotic animals. I was lucky to get the job and learn as I worked. Nowadays keepers have more options for professional training. That said, no way can you be trained for all the odd situations that come up. For example, I crated up a young lioness once by tossing an old tennis shoe into the crate. She adored chewing them up and dove in after it. A keeper has to be inventive. Good keepers watch their animals and read about the natural history of each species, and they communicate and learn from each other’s experience.

What’s the premise of Night Kill?

Night Kill is set in fictional Finley Memorial Zoo in Vancouver, Washington. A young zookeeper has a troubled marriage and a passion for big cats. When her lions kill her husband, she is derailed by grief and anger until she realizes that her husband’s death does not make sense. Determined to figure out who fed Rick to the lions and why, she finds that staying alive is also a challenge.

With your busy life as a zoo keeper, a technical writer, and a business analyst, how and when did you determine that you wanted to write a mystery?

I’ve wanted to write a zoo mystery for the longest time! I carried the basic plot around in my head for years after I left the zoo world. But I knew I had to clear space in my life and take writing seriously. That didn’t happen until my kids were grown and I moved to half time work.

Did you read other mysteries for inspiration?

Oh, yes. I’ve recently been reading authors new to me and re-discovered what a marvelous variety the label “mystery” encompasses.

Do you have a favorite animal?

Are there common misconceptions that people hold about zoos or zoo work?
Some people still think that zoos get their animals from the wild. That’s rare—almost all zoo animals were born in zoos (and the breeding is very scientifically planned). People also underestimate the complexity, expense, and hard work required not only to keep the animals alive and healthy, but also to keep them psychologically sound.

Zookeepers spend an amazing amount of effort and creativity in keeping the animals entertained in ways that encourage their natural behaviors. This was just starting when I was a zookeeper and it’s been wonderfully developed. Zookeeping still includes, however, a great deal of hard physical labor keeping things clean.

Is there a sequel to Night Kill in the works?
Night Kill features big cats and penguins. The next in the series focuses on orangutans. I hope to see it published next fall.

You say that you had to stop your zookeeping job to help pay for college tuition and violin lessons. How many children do you have?

In zoo code, 2/0 red phase. Translation: two redheaded boys. They have fledged and flown far. One now lives in New York and one in Boston. Since my husband and I are in Portland, Oregon, the family invests a fair amount in plane tickets. The good news is that I can combine visits with book promotion.

Why do you think it is it that some of the most noble jobs pay the least?
Many people would like to be zookeepers—a job opening is likely to have dozens if not hundreds of applicants. In addition, the profession has moved from exclusively male to more than half female. I think both factors tend to keep wages down.

The World Without Us by Alan Weisman, The Secret Life of Bees by Sue Monk Kidd, The Animal Dialogues by Craig Childs, The Spellman Files by Lisa Lutz, Stalking Susan by Julie Kramer (a great read and we were on a Bouchercon panel together), Down River by John Hart.

If you could have any job, other than the writing of mysteries, which I assume you will continue to do, what would it be?

Savior of the natural world. If I could figure out how to do it, I’d help humanity reduce its numbers and stop converting natural habitat to the stripped-down landscape that our activities create. Today’s children will inherit a weed patch instead of Eden, and it’s heartbreaking for those of us who care about other species. And of course a weed patch is not a healthy place for Homo sapiens either.

When can readers buy Night Kill, and how can they find out more about it?
Night Kill is available from independent bookstores, Amazon.com, and the chain bookstores. See http://www.annlittlewood.com for more information. The first chapter is posted for readers to sample.

Thanks for chatting with me, Ann! Good luck with your book.
Posted by Julia Buckley at Sunday, October 19, 2008

The aspects of the statement of purpose master degree are showing a good effort. Maybe I will take this service. I have a high ambitious to study in abroad. Perhaps it will help me to meet my goal. follow the link forgetting important info about it.

Wild animals section has the true impact for the life where you can enjoy the area of the wild animals and the redhead boys. Get the link with site and enjoy the chatting link of this great site of the magical moments.

Area of the animals is waiting for your attention. You can also see the magical moments with this site and can read more in order to find the better challenges. Get your time wiht the redheaded boys and enjoy your time.

I think, the mood of schools and universities matter a great deal for the schoolchildren and for their educators also. Vibe in https://www.onlineparaphrase.net/our-online-paraphrasing-service/paraphrase-sentence-online-service instructive foundation makes the identity of the children better and help them to indicate great conduct anyplace throughout everyday life.

Writing on animals can be so funny but we must have such idea. This can be so inspiring and also by such way we can follow the site https://www.paraphraseservice.com/double-your-results-at-story-paraphrase-in-5-minutes/ of writing properly.