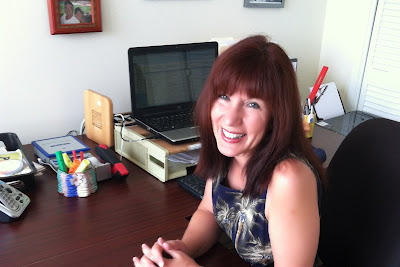 Thanks for inviting me to stop by, and I have to say it's wonderful timing.  I write two mystery series--the Maggy Thorsen Coffeehouse Mysteries and Main Street Murders--and I'm currently in that lovely sweet spot between the release of one book (the second Main Street) and writing the eighth Maggy.

All right, to be absolutely honest, I'm shamelessly dragging my feet on the new book and blogging gives me the perfect excuse. I'm the world's worst procrastinator¾probably because I know I can function under deadline thanks to my former life in corporate public relations. When I turned to writing, my first home office was in the laundry room and our clothes were never so clean. Then I moved to the dining room and the dishes were always done and dinner on time.

If you're not familiar with my work, the Maggy books are funny, fast reads--cozies, with a bit of a hard edge. They're set in a gourmet coffeehouse in Wisconsin. The Main Street Murders series is set in the mountains of North Carolina and feature journalist AnnaLise Griggs. Reviewers equate them to the regional mysteries of Joan Hess, Margaret Maron and G.A. McKevett.

In the first Main Street book, RUNNING ON EMPTY, AnnaLise is called home to Sutherton because her mom, Daisy, accidentally bled-out a donor at the local blood drive. When the "accidents" continue, though, it's clear that it's up to AnnaLise to discover whether Daisy is indeed the cause, as everyone else seems to believe, or the target.

In DEAD ENDS, which was just released, AnnaLise's past comes home to roost in the persons of her ex-lover and his wife and daughter. As you might guess, somebody has to die.

Okay, time to work on the new Maggy. Or, as my kids say, "Mom's off to kill somebody again."

All the best,
Sandy

Posted by Julia Buckley at Tuesday, September 25, 2012 No comments: 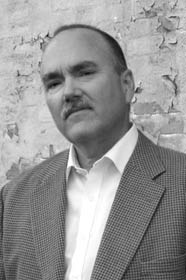 D. E. Johnson's DETROIT BREAKDOWN is available now.  Thanks to Tanya Farrell for the great questions and Nicole Johnson for allowing me to use the author photo.

What (or who!) inspired you to write historical mystery/crime novel?

Really there are two different inspirations – the first is my love of history. Ever since elementary school, I’ve been interested in American history. The early Twentieth Century is the time period I find most fascinating. Our country was becoming what it is today—both the good and the bad. It was a time of great
upheaval, with millions of immigrants moving into the cities, manufacturing changing the way everyone lived, and a great awakening about our social responsibility.

The second inspiration was Encyclopedia Brown. I poured over those books as a kid, seeing if I could come up with the clues he found. The books were very imaginative and a lot of fun. The thing I enjoy most about writing mysteries is the cat and mouse game with the reader. A good mystery has to present the clues necessary for the reader to solve the crime, but use misdirection to mask them. I love fitting in those bits and pieces that add up to a murderer, but doing so in a way that keeps the reader from seeing it until the “Aha!” moment.

Detroit Breakdown uses two first-person narratives.  What did you find most difficult about keeping Will and Elizabeth's voices distinct?

The most difficult part was trying to think like a woman. I’d written two books already from Will’s head, and it was a very natural voice for me. I was really stepping out on a limb to write Elizabeth’s narration. Fortunately, I have some early readers—including my wife—who have no compunction about telling me when I’m being stupid. I actually learned a bit about women during the process.

I had fun moving from there into stylistic differences. Elizabeth not only thinks differently than Will, she sees storytelling differently as well. Her vocabulary is different, which got me a complaint from my father. He worked with concrete in one way or another his entire working life, and here Elizabeth was calling it “cement?” (I had to point out that Will says “concrete,” and I think my dad has forgiven me.)

You must have done quite a bit of research on Eloise Hospital and mental health treatments during the early 20th century.  What parts of your research interested or shocked you the most?

I fell into a rabbit hole filled with radium and uranium. During the early Twentieth Century, Eloise Hospital was one of the pioneers in the use of radiation therapy for tuberculosis. As I researched that (looking for a good way to punish Will for being my protagonist) I found a wealth of information about radioactive curatives.

In the first forty years of the Twentieth Century, many people looked at radiation as a cure-all. You could buy uranium-lined water coolers (or radium water by the bottle, if you had a little more money), as well as a wide variety of, er, Viagra-like radioactive products. I wrote an article about it for Criminal Element, which you can find at: http://www.criminalelement.com/blogs/2012/09/who-needs-viagra-when-you-can-have-a-radium-suppository-d-e-johnson-historical-true-crime-fashion-police-radiation 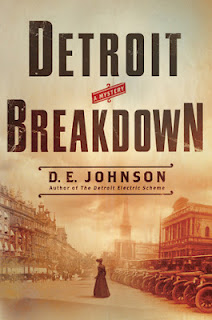 Can you describe your personal attachment to Detroit and the reasons why you have chosen to center all your novels around this great city?

My research made me fall in love with the city. Detroit was rightly known for decades as the “Paris of the West.” Tree-lined boulevards, sophisticated culture, great art scene, Detroit had it all. In 1910, there was no more exciting city in the world. Manufacturing was growing by leaps and bounds, led, of course, by automobiles, but the city was renowned for hundreds of other industries—stoves, train cars, and cigars being three of the most prominent.

In 1910, only 10% of Detroit’s population had even been born in the State of Michigan! The city was a smaller version of New York, filled with ethnic enclaves where many people never had to learn English because everything they needed was right there. Many of those immigrants were craftsmen, lured to the New World by the promise of a better life.

Along with all this came crime—white collar (led by the city government), blue collar, and everything in between. Labor activists, socialists, and anarchists were ruthlessly cut down by the establishment, and fought back every way they knew how. The city was prosperous, yet so many of its citizens were destitute. It was a perfect mixture for the extremes of human behavior—exactly the environment a novelist is looking for.

All of your novels involve a theme related to history - organized crime, the electric car industry, mental health - what themes do you have in store for future books?

The fourth book in the series (untitled as of yet), which will be published in Fall 2013, will revolve around women’s suffrage and the 1912 Presidential election. In real life, Michigan had a constitutional amendment on the ballot to allow women the vote, and everyone was certain it was a shoo-in. Suffrage was well-supported throughout the state, and the election was thought to be merely a formality.

But the amendment was voted down. Amid the public outcry of a fix, the governor demanded a recount. Tens of thousands of ballots were “lost” and thousands more were disqualified because they were printed incorrectly. The Macomb County Licensed Beverage Association was found to be involved in a conspiracy to defeat the amendment, and most thought the Michigan Licensed Beverage Association was the force behind it. (Suffrage and Prohibition were considered to be nearly one and the same.) Nothing was ever proved, but I’ve made up my mind as to what happened.

Once I finish this book, I think I am going to start a new series in a new city. I do have an idea for Will Anderson #5, which will take Will into the sticky problem of race relations. I’ve been setting up this story for two books, so it’s there waiting. Right now I have my blinders on, though.
Posted by Julia Buckley at Wednesday, September 19, 2012 5 comments: