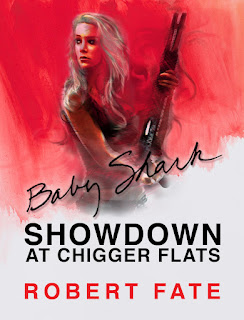 Baby Shark is back, and this time Kristin Van Dijk is not the shell-shocked seventeen-year-old that she was at the beginning of this series. She's tough, and she doesn't back down from a fight, and the men continue to underestimate her to their own peril.

I love the relationship between Kristin and Otis, and the backdrop of 1960 Fort Worth (and the intense heat of Texas) made this an especially fun read for this hot, hot summer.

Here's the link to this great read:

What are you waiting for?  Read and enjoy. 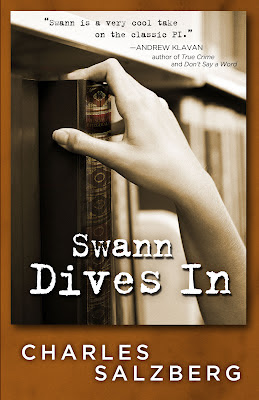 Charles Salzberg was nominated for a Shamus Award for Best First P.I. Novel for his book Swann's Last Song.  In October he will release the second in the series, called Swann Dives In.  He found a moment in his busy (and hot) summer to answer some questions.

Your character’s name is Henry Swann.  This last name has been versatile for your clever titles—(Swann’s Last Song, Swann Dives In), but are there any other reasons why you chose this as the moniker for your detective?

It sounded right to me, kind of slid off the tongue, and I wanted to have the literary allusion to Proust’s Swann character.  Originally, I didn’t even use Swann’s name in the second book--it was called Bad Reception--but someone suggested I “brand” the series by using the name in each title and so I acquiesced.

This book is set in the present, but it reads like a 1940s P.I. novel (which I assume is the style you’re going for).  Who’s your favorite hard-boiled PI?  Some passages read like homages to Chandler’s Marlowe, so I’m guessing he’s one?

Definitely Chandler, but I was also very influenced by Dashiell Hammett and Ross MacDonald.  I’m also a big fan of the pulp fiction writers like Big Jim Thompson and James M. Cain. But there are lots of other, non-detective writer influences, as well. Thomas Berger’s Who Killed Teddy Villanueva? is one of them, and also Vladimir Nabokov (there are lots of literary allusions throughout both books,) and even a little Phillip Roth thrown in for good measure.

I love Ross MacDonald!  And interestingly, Ake Edwardson (who was just interviewed here recently) also mentions Nabokov as an influence.

In this book, when he’s not investigating, Swann is hooking up cable.  What made you choose this alternate profession?

In the original ending of the first book, Swann is so disillusioned by what happened (he followed all the clues, but didn’t solve the crime because it was totally random) that he leaves the business.  I wanted him to have a job that was still hooking things up (looking for connections, making connections) and I wanted to bring him into the “real” world, which is now technological.  In effect, he’s doing the same thing he did before: making connections.

At one point Swann surmises that “Isolation [is] now impossible . . .  maybe the less we know about others, the better off we are.”  Does Swann’s view of modernity reflect some of your own views, or is this distinct to his character?

I wish I were Swann--obviously parts of me are him--but he’s much brasher and braver than I am.  And he’s also able to articulate and broadcast things about himself and other people that I wish I could.  But I do think there’s truth to that statement.  The more we know about people, the more chance there is for us to be disappointed.  In terms of modernity, I think I’m much more willing to embrace change than he is.  But to me, that’s what makes him charming and fun to write.

The plot of the book deals with the world of rare books.  Did you have to research this for your novel, or was this already an interest of yours?

I interviewed a rare book dealer named Darren Winston, who was extremely helpful.  Obviously, being a writer and an English major, I knew a lot about the authors mentioned in the book and a whole bunch of the literary anecdotes, but not so much about the world of rare books.  So, I also read a number of articles, in the New Yorker, in the New York Times, and every time I saw something that had anything to do with rare books, I tore it out and saved it.  I also searched the Internet for information and I studied the Bauman rare book dealer ads on the back page of the New York Times Book Review for an idea of present prices for books.  But obviously, I made up certain values for books, but they’re pretty close. 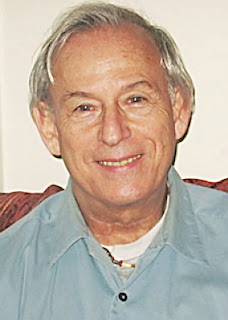 What made you start writing a mystery series?

I had no intention of writing a mystery series.  When I was starting out I wrote very literary, very character-oriented novels, not strong on plot.  I wanted to see if I could write a plot-oriented book, and the best challenge I could find was to write a mystery or detective novel because those depend very heavily on plot.  I wrote Swann’s Last Song, which I thought of as an anti-detective novel, because in the original version Swann does not solve the case.  But publishers wouldn’t buy that, so I had to rewrite the ending (you can find both endings in the paperback version.) I was amazed when it was nominated for a Shamus Award for Best First PI Novel, and when I lost, I got pissed off and decided to write another.  It turns out, they’re fun to write and I have a lot of leeway now in what I can write about.

How many books will there be in the Swann series?

I thought I only had three books in me, because I couldn’t think of anything past a third title--the one I’m working on is tentatively titled, Swann’s Lake of Despair--but now I think as long as I can come up with a good plot and a fun title, I’ll keep doing them.

I just finished reading Jeff Guin’s Go Down Together, about Bonnie and Clyde. And Berlin Noir, by Phillip Kerr.  On my shelf to read is The Art of Fielding and Just Kids, among many, many others.

Swann travels a lot in his quest.  If you could travel anywhere this summer, where would you go?

The funny thing is, I’m not really big on travel, which is probably why I have Swann travel at the drop of a hat.  But if pressed, I’d probably say Ireland and England, because I wouldn’t be language challenged, and Italy, because I’ve never been there and it looks so good in movies.

Where can readers find out more about you and the Swann mysteries?

A friend of mine, Francesca Rizzo, put together a terrific website, HenrySwann.com, that’s interactive and great fun--primarily because another friend of mine, Ross Klavan, along with Fran, did the various voices of Swann and characters in the book.  She’s now working on another page for the site that’ll be devoted to Swann Dives In.

Thanks for chatting, Charles!  Good luck with the Swann series.
Posted by Julia Buckley at Tuesday, July 17, 2012 6 comments: 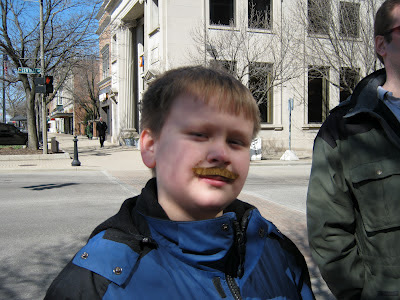 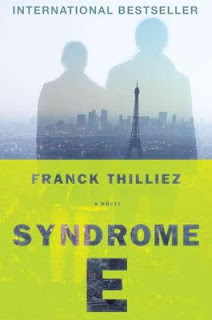 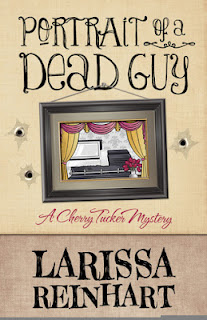