J.A. Konrath on The Hard Work of Promotion, The Importance of Buying Beer, and The Truth Behind his Mysterious Moniker 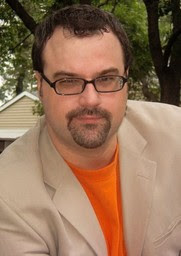 Thanks for talking with me.

Do people ever try to guess what your initials stand for? James Anthony? Joshua Albright? Jonathan Abelard?
They stand for Joseph Andrew, though if you talk to my wife she’ll tell you they’re short for a synonym of ‘donkey.’

Wives tend to be right most of the time. The name Konrath sounds Hungarian, like Namath and Horvath. Do you have Slavic roots?
Konrath is Austrian and/or German. I don’t know much about my ancestors, but I believe that I was somehow descended from them. That’s only a guess, by the way.

Your protagonist is a woman named Jack Daniels, and the titles of your books are all the names of drinks: Whiskey Sour, Rusty Nail, Bloody Mary. Is it a challenge, as a teetotaler, to come up with these titles? :)
A lot of research goes into every title. At least, that’s what I’m telling the IRS.

You recently went on a much-publicized 500-store (actually 612) book tour to promote Rusty Nail. How did that work out for you? Are you able to measure the results by the piles of diamonds, rubies and emeralds in your secret vault?
I was gone for 68 days, hence my wife’s nickname for me. It wasn’t easy, but I found it very effective. I met over 1400 booksellers, and thanked all of them in the acknowledgements of DIRTY MARTINI, coming out June 2007.

Results are tough to gauge, but I believe, with all of my effort, I sold five or six extra books.

Seriously, though, you are seen as an expert in the realm of promotion. Do you have a background in sales? What sorts of jobs have you had in your life?
I was a bartender. Go figure.

I also was a bookseller for a few years, which I loved.

I began to learn about marketing and promotion the hard way---by getting published. But it’s amazing how much you can pick up if you’re paying attention. For example, I just picked up a quarter I found on the floor.

What are you writing now? How would you say your time is divided between writing and promotion? Is one more difficult than the other?
I just finished a stand alone that my agent is going to shop around, and now I’m working on the fifth Jack Daniels thriller, FUZZY NAVEL.

But I only spend about 10% of my professional life writing. Mostly, it’s promotion. And that’s definitely harder.

You edited the newly-released anthology, These Guns for Hire. How did you make the leap from author to editor? Did you enjoy the process?
I have a lot of author friends, and I thought it would be fun to pester them incessantly for hit-man stories.

It was. The collection is wonderful. You need to buy a copy, right now. Visit www.thesegunsforhire.com to learn more about it.

You mentioned on a panel at Love is Murder that no one can get into one of your anthologies unless they buy you a beer, and you’ve already told me that I can’t just send you the money. :) What if a wonderful writer lives far from you, in New Zealand, and has not the option of buying you a beer? Can they send you cyber champagne?
If they want it bad enough, they’ll hop on a plane.

You wrote on your blog recently that you are going to be taking a vacation and putting your workaholic tendencies aside. While on that vacation, will you be visiting bookstores?
Absolutely not. I need a break from all the promotion. Vacation will be dedicated to spending time with my family, and stopping in a few libraries for quick speeches.

I assume you're kidding about that last part. Have you always been a workaholic?
No. I’m actually pretty lazy. I love lounging. I’m very good at it.

Unfortunately, no one wants to pay me to lounge around.

What are you reading right now?
I’m blurbing. Just finished MARKED BY FATE by Laura Bradford, and am halfway through ALL THE PRETTY GIRLS by JT Ellison.

Both are excellent, and I’m not just saying that because the authors bought me beer.

Do you make long-term plans? Do you have a plan for the Jack Daniels series? Will there be a new series with a new protagonist in the future?
No plans. I would like to do some spin off series, but not with my characters. Think Lee Child would let me do a Reacher book?

Maybe if you bought him a beer?

What was your first publication? Do you remember your reaction to finding out you were published?
Whiskey Sour was my first sale. I was pretty pleased, because I’d had over 500 rejections at that point for nine previous novels. Both my wife and I began to scream in joy, and a neighbor called up because they thought I was murdering her.

You’ve met a whole lot of authors at book conferences. Is there an author out there somewhere that you’ve never met but would like to meet? If so, who is it?
I haven’t met Robert B. Parker yet, and I’d like to someday.

I’d also like to meet John D. MacDonald, but he isn’t much into conversation lately.

What’s the farthest you’ve gone (geographically) to promote your books?
I drove over 17,000 miles on my last tour, to 29 states.


Your website is quite a labyrinth of information, puzzles, and special offers. Did you create it yourself?
Yeah, I do my own website. I’m pleased with the content, not so pleased with the visuals.

How can people find out more about you and your books?
They can ask my mom.

Thanks for speaking with me, Joseph Arthur.

This is so true that this site http://www.bestparaphrasingservice.com/our-services/ has been working for so many times on writing the best quality residency writing and give it the best way out.

If there has a chance to find out the mistakes instantly then try this within very little time and the whole things have been done so perfectly with no time gap there.

So here is a huge way to make all those letters writing things done within your limited source and this site http://www.copychecker.net/copy-and-paste-essay-checker/ can do it easily with perfect words there in limited time.

This novel is quite dry kind of. We must click this site and read here important notes and love your writing.

If you are looking for more interesting and important tips then you have to click for more info which provide you all sort of sentence structure correction.