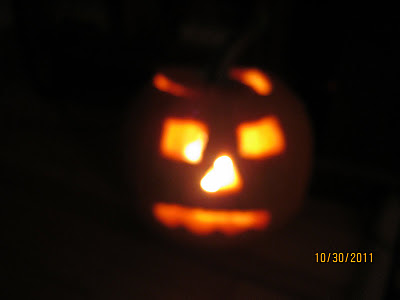 Have a devil of a good time!
Posted by Julia Buckley at Monday, October 31, 2011

What Would He Think of Kindle? 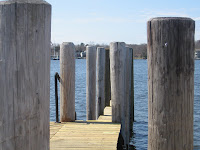 In Josephine Tey's THE DAUGHTER OF TIME, Inspector Alan Grant, grumpy because he is confined to a hospital bed with a broken leg, says this:

"There are far too many people born into the world, and far too many words written. Millions and millions of them pouring from the presses every minute. It's a horrible thought."

Oh, Alan Grant! What would you (and Tey) think of Kindle and Nook and blogs and the entire virtual world of words?

I'm guessing he would say it was EXTREMELY horrible. :)
Posted by Julia Buckley at Wednesday, October 26, 2011 No comments:

Two for One Monday

Today at Dames of Dialogue I'm talking about my menagerie of pets and how each of them is worthy of a Marley and Me-type memoir.

And at Poe's Deadly Daughters, I'm talking about my new book, THE GHOSTS OF LOVELY WOMEN.

Stop by and say hi!
Posted by Julia Buckley at Monday, October 24, 2011 No comments:

Labels: Dames of Dialogue, Julia Buckley, marley and me, The Ghosts of Lovely Women 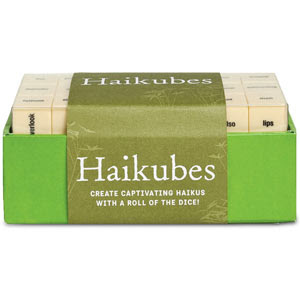 I love the idea of this Haiku helper. What a fun way to pass an idle moment! The link to the catalog is here:


http://www.thinkgeek.com/geektoys/games/e6b7/?itm=haiku_games&rkgid=274573681&cpg=ogty1&source=google_toys&gclid=CJCEpuqY-6sCFY3KKgodCnn-mg
Posted by Julia Buckley at Friday, October 21, 2011 No comments:

Louie Flann is a Funny Fellow

The following is a guest blog by Louie Flann, whose book NEXT TIME WE STEAL THE CARILLON is available now on Kindle. Louie's slightly skewed view is at the center of his humor, and he shares his outlook for writing fiction here. 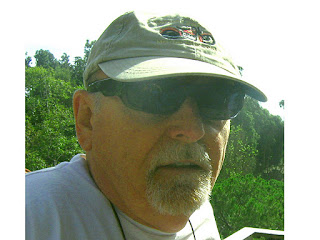 See, writing is like talking, with one notable exception. When people ask questions, there is usually only one answer--one truthful answer. In fiction, a question has an unlimited number of answers. For example: where did you grow up? Spain, The south of France, Berwyn, back of a Ford pickup, Tuesday. Good answers. In writing, one of them stands out as the best (Tuesday).

I either have a turn of plot or want to show a character's traits that interest me. After figuring out the things that make the character who he is—-could be his job, his interests, his hates—-the character writes his own story, almost. We know what he will do next because that is the only thing that he would do in that circumstance. Predictable, evolving into boring.
Slip him a curve—-he breaks his thumb, or his laptop. Ruffle his feathers. You can't imagine how this guy is going to get through this dilemma.

His name is Eric; he's twenty, a student, spends his time on videogames and gets a letter for jury duty. He never has enough time for his schoolwork, and now this. Of course, blow it off. No wait; get someone, pay someone to do the jury thing for him. Great, but who? And where will the money come from? Poor Eric.

How did it end for Eric? He tried to explain to the jury master on the phone that he was too sick to go. The guy didn't buy it, so Eric went for two days and met a girl on the first day, took her out for coffee that night, and got dumped on the third. Oh well.

Now for the good stuff. My book, Next Time We Steal The Carillon, is about college students in the Midwest in the nineties. I would have set it ten years later, but there is not a name for those years. The oughts, the pre-teens, the tweens? Come on! We'll have to wait another ninety years and hope that our great-great grandkids will be more serious about addressing this terrible problem. But, I digress. 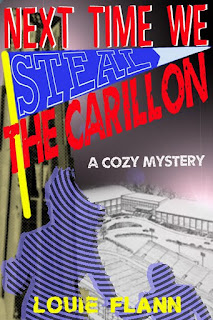 Please note: No animals were injured in the writing of this book. 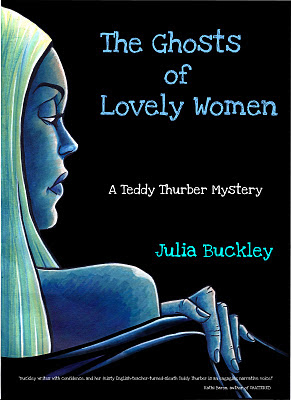 This book goes on Kindle soon--I'm very excited about the cover art by Ivan Diaz! It captures that mythological/Underworld feeling that I wanted. The girl in the picture is drawing night around her like a cloak.

Look for it on Kindle in about a week!
Posted by Julia Buckley at Tuesday, October 11, 2011 No comments: