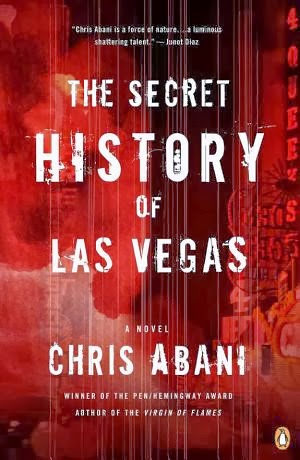 I am lucky enough to receive many books from publishers; lately I haven't found time to read many of them, but two stand out in my recent reading.

First, Chris Abani's The Secret History of Las Vegas. I'm surprised I haven't heard of Abani before; his style is literary and accomplished, and he wrote five books before this one, in addition to volumes of poetry. The book reads less like a mystery and more like a novel, but it's a compelling book with Steinbeck-like dialogue and fascinating internal monologues.

His characters, too, are distinctive. First, there is Salazar the detective, who hopes to pin some unsolved murders on a pair of conjoined twins.  He enlists the help of Sunil Singh, a South African immigrant who is haunted by the Apartheid years and his own distinct memories. Singh is well-versed in the behavior of psychopaths, and is expected to diagnose the twins as such.

Most memorable, though, are the conjoined twins, named Fire and Water.  Their very existence raises questions about the culpability of government and society when children are born with anomalies related to their environment. Fire and Water have been considered freaks all of their lives, but this gives them a distinct view of the world, and of the people who view them with immediate judgment.

Abani's writing, literary and graceful, immerses the reader in his Las Vegas setting--a perfect place to encompass the variations of humanity that pass through this paradoxical city.

Another great read is Elisabeth Elo's North of Boston.  In it, she introduces a nuanced, spunky narrator named Pirio Kasparov, an independent woman who recognizes her dualities, smiling wryly at her shortcomings even as she accomplishes feats of valor and detection. 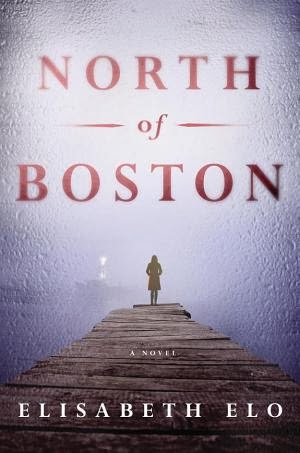 Pirio loses a friend to a boating accident in Boston, but she soon becomes convinced that his death was not accidental, and she begins to look into it.  Like Abani, Elo writes seamless prose, poetic and compelling, and her dialogue is memorable, especially when Pirio is talking with her godson, a vulnerable boy who has faced more than his share of conflict.

Pirio is both tragic and funny, and I was worried about her for almost the whole novel, despite the fact that she is very strong and has been scientifically proven to be able to withstand extremes better than just about anyone.  Still, she is almost foolishly brave, and my only complaint about the novel is that sometimes Pirio got into situations that I couldn't believe anyone--even she--would be willing to endure.

Both books were a pleasure to read, and I look forward to more from these accomplished authors.