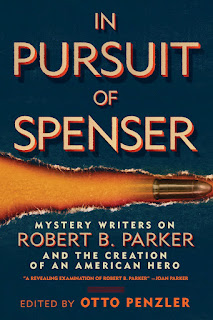 My husband and I are Spenser fans from way back, so we'll both be excited to read these tributes to a great writer and reminisce about a great character.
Posted by Julia Buckley at Tuesday, March 27, 2012