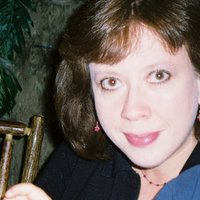 The entire notion of a weblog is foreign to me and I'm not sure what to write here. It's seven in the morning on a Saturday and I got up too early, so I'm half tempted to go back to bed, but I have so much writing to do! My youngest son got up too early, too, and he's stomping around the house in a tiredness-induced tantrum. This could last all day, which is a shame, because he is normally sweet-tempered and lovey. So I may have to return to the depths of my covers just to avoid Graham, who wants to play PS-2 and has been told that he cannot until some chores are done. Is this too harsh a task for a seven year old?

My older son is still deeply and wisely asleep. He has matured just in the last few days, not only because he looks older and taller, but he has decided, with the growing mercenary tendencies of an eleven year old, that he can sometimes babysit his younger brother and make money in the process. So I am letting him do so for short periods at a time, zipping out to the store, or, as I did last night, going to a book signing by Marion Moore Hill (Deadly Will) while my son watches his brother. I still wouldn't leave them for long periods, though. They are far too likely to kill each other. When I got to the book signing I immediately called them on the store phone (I don't have a cell phone--am I the only one?) and I wondered how old they will be before I don't feel the need to check on them. Perhaps I'll still do this when they're married.

But today I will be with them all day, aside from the time I am on the computer. We will pop in a cd and clean the house for twenty minutes to see if we can get it looking like something other than a pit of despair.

And then I will try to write. I'm working on a book, the first non-mystery I've tried to create, and it simply isn't long enough, so I'm pounding in words and scenes and feeling as though I'm totally ruining the pacing I had established with my pared down first draft.

Oh, and I'll be paying bills and "balancing" my checkbook, which hasn't balanced in about fifteen years. I just go through the motions.

Now that I read this over, how glamorous my life looks!
Posted by Julia Buckley at Saturday, June 03, 2006