Tale Two: The Little Booksigning That Could 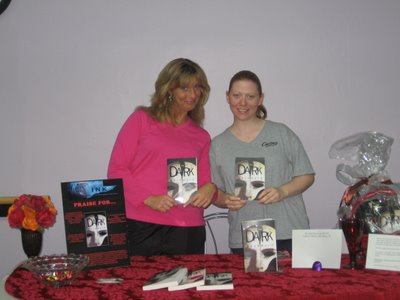 Today's booksigning at Curves in Oak Park went much better than the last one, which I entitled "The Sad Little Booksigning," despite the fact that number one was in an actual bookstore, where one might expect to meet people who wanted to buy books. Perhaps today's success was due to the help and interest of the manager, Carla, and Curves staffers Jessie and Roberta, who helped, chatted with me throughout the day, and even became customers themselves. That's Carla in the pink shirt, and Jessie on the right. Roberta became shy and avoided the photo. 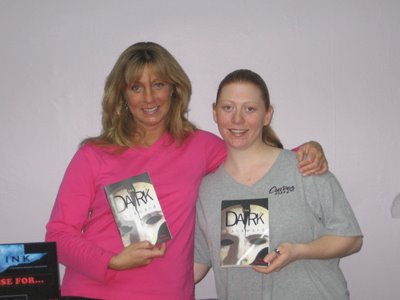 Thanks, Carla and Jessie! See you next week.
Posted by Julia Buckley at Saturday, October 28, 2006