I'm revisiting the book, so I thought I'd revisit the review that I did in 2006. 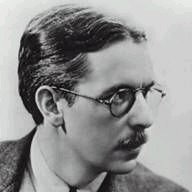 Donald Westlake writes the Foreword to this fun volume of Thurber's crime-related humor, and he is obviously a Thurber fan. Only Thurber fans really "get" the idea that the little bland man with a shy manner and a deeply repressed desire for revenge can be amusing. Thurber is, of course, the author of such famous stories as "The Secret Life of Walter Mitty" (once made into a movie with Danny Kaye that was nothing like the original and became something Thurber himself would have quietly parodied) and "The Night the Bed Fell," which are not mysteries at all. But in this book, Thurber's daughter Rosemary provides stories that can be linked by Thurber's bent toward the sly, the mysterious, even the subtly macabre.

Westlake writes, "Gentle comedy is the hardest to make work." This a good assessment of Thurber, whose jokes are not always obvious, but become funnier the more one thinks about them, the more his dialogues roll around in the back of one's mind. "Mr. Preble Gets Rid of His Wife," seems to be much more an indictment of marriage than of murder, and "The Catbird Seat" continues the theme of the henpecked man, although both men get their revenge in the end, despite their mild-mannered reputations. In "The Macbeth Murder Mystery" a misguided woman decides that the solution to Macbeth was all wrong, that Macbeth didn't do it, and that she, a rather dubious sleuth, has it all figured out.

Added to the wonderful stories are Thurber's famous cartoons. Westlake writes, in the foreword, that a critic once called Thurber, whose cartoons famously appeared in The New Yorker, a "Fifth Rate Artist." Harold Ross defended him, saying "You're wrong. Thurber is a third-rate artist." Thurber's art, though, has an undeniable charm, and is even more impressive when one considers that toward the end of his life Thurber was almost totally blind, and had to create his cartoons on huge sheets of paper that were later photographed and shrunk down to size. Thurber once joked about this, saying he intended to title his autobiography Long Time, No See.

The cartoons, the vignettes and the stories all capture Thurber's sense of irony (and his capable use of parody) as well as his appreciation of crime fiction. Donald Westlake summed it up the best: "Thurber on Crime. There's nothing in the world quite like it."
Posted by Julia Buckley at Saturday, April 23, 2011 No comments:

"Our Lord has written the promise of the resurrection, not in books alone but in every leaf in springtime."

I just saw a commercial for the 2012 Honda Civic. It shows all sorts of bizarre drivers--monsters, superheroes, what seems to be a mountain man of some kind. Then the slogan on the screen reads "To Each Their Own."

Perhaps I'm a grammar snob; but "each" is singular and "their" is plural. This is a basic lack of agreement. Yes, it's problematic that the English language has no singular pronoun that includes both genders. But is it cool for people to simply force in the ungrammatical mix of singular and plural? Isn't this contributing to the dumbing down of America?

Okay, you may now accuse me of being inflexible. The stuffed shirt of grammar.

But I shall cling to this usage: "To each his (or her) own," because it makes sense and fits the beautiful structure of our beautiful language.
Posted by Julia Buckley at Wednesday, April 20, 2011 3 comments:

A Heartbreaking Work of Staggering Genius by Dave Eggers

Somehow I ended up with too many books and not enough reading time!
Posted by Julia Buckley at Saturday, April 16, 2011 No comments: