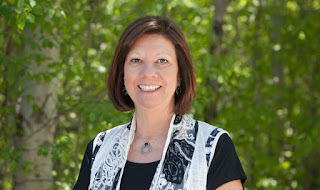 Judy Penz Sheluk's debut mystery novel, The Hanged Man's Noose, was published in July 2015 from Barking Rain Press. Skeletons in the Attic, Judy’s second novel, and the first in her Marketville Mystery series, will be published in August 2016 by Imajin Books. It is now available for pre-order on Amazon.

Hi, Judy! Thanks for visiting my blog.

Thank you for hosting me.

Sure! When did you realize you wanted to write mysteries?

Mysteries have always been my go-to genre. I spent the better part of my teen years reading Agatha Christie, Ngaio Marsh, and Dick Francis, and I’ve been an avid reader of mysteries ever since. When I decided to try writing a novel, mystery seemed the logical choice. After all, reading is the best teacher.

What came first for Skeletons in the Attic, the story or the title?

The story. I started writing it as Calamity Barnstable (not exactly a grabber for a title). Early on, Calamity (Callie) discovers a skeleton in the attic. As soon as she made the discovery, I knew I had my title.

When you write, do you tend to focus on plot, character, or setting the most?

I try to give each have equal weight. Readers will have to tell me whether or not I’ve succeeded!

You also have a great deal of experience in antiques. Do you use this knowledge in your fiction? 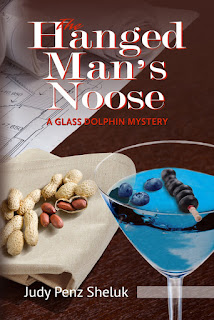 In The Hanged Man’s Noose, definitely, as one of the main characters, Arabella Carpenter, owns the Glass Dolphin antiques shop. In Skeletons, not as much, although Arabella makes a brief appearance and there is a vintage locket that is important to the story (it’s even featured on the cover). I enjoy other authors’ series where there’s a crossover character (Michael Connelly does this brilliantly), so I thought it would be fun to do that with my Glass Dolphin and Marketville Mystery series. Arabella was my first pick, probably because of the antiques angle.

You live in Ontario with your husband. How did the two of you meet?

We met in our early twenties at Liberty Mutual Insurance Company in Toronto. He was a Loss Prevention Engineer and I was in the Credit Department. He was in charge of the NFL football pool. I had no interest in football, but I did have an interest in him, so I joined the pool. We dated for a while, had a huge argument one day, broke up, and went our separate ways.

We both moved a handful of times, and ten years later, my mother ran into Mike at a shopping mall. He asked if I was married yet. She said no (much to her chagrin!) and he asked for my number. We met for dinner (each in our own car) and two months later we were buying a house together. We’ll be married 27 years, this October 13th (we got married on Friday 13th).

Mike always said if I wasn’t so stubborn we’d have been married 35 years, but I say we’d have been divorced for 27 years. We both needed those years to figure out who we were and who we wanted to be.

Canadians and Americans have much in common. What would you say is the biggest cultural difference?

I think Canadians tend to be less vocal about their patriotism, which in way I find sort of sad, but by nature, I think we tend to be a bit lower key than our friends to the south. That said, I quite admire the way Americans embrace their patriotism.

Something that always amuses me is this: When a Canadian visits the US, we will say, “I went to Chicago or New York, or Dallas…” An American will inevitably say, “I went to Canada.” Doesn’t matter if it was Toronto or Vancouver or Newfoundland!

Do you have a favorite mystery author? A favorite book or series? 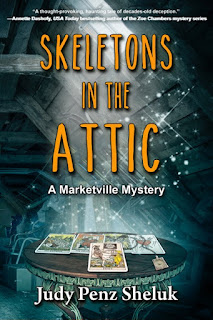 Oh, so many…my current favorites are Tana French, Sue Grafton, Louise Penny, John Sandford and Michael Connelly. They are all brilliant writers, and I’ve read every one of their books. I’ve also recently discovered Hamish Macbeth by M.C. Beaton – great fun. If I had to pick an all-time favorite, desert island series to take with me, it would be Agatha Christie.

Some great names there! I do love Christie, and I am also a huge Grafton fan. I still have to investigate the others!

What other genres do you enjoy reading?

Canadian literature. Favorite books include Three Day Road by Joseph Boyden and The Way the Crow Flies by Ann-Marie MacDonald. Both books are very dark, but very compelling reads.

What book is on your nightstand right now?

Should’ve Played Poker by Debra H. Goldstein. I met Debra at Boucheron 2015 in Raleigh and really liked her, so when her book came out, I knew I had to read it. It’s a light mystery set in a nursing home, and so far it’s very enjoyable.

Do you have a rigid writing schedule? If not, when do you write?

Definitely not rigid. I gave up rigid when I left my day job in 2003. Since then, I’ve been a full time freelance writer/editor, and my hours are very fluid (I like to say my boss is very flexible). I don’t do much freelance magazine writing these days, but I am the Senior Editor of New England Antiques Journal and the Editor of Home BUILDER Magazine Canada, so a lot of hours are spent working on those publications. I do try to write at least six days a week, and when I’m working on a book, I aim for a chapter a day. It doesn’t always work out that way, but that’s the goal.

What are your favorite hobbies? 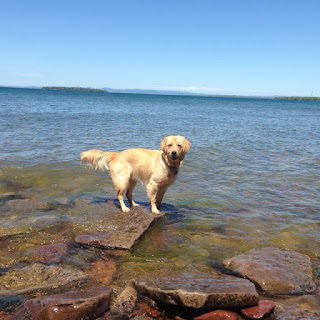 I’m a passionate, if not particularly good, golfer and belong to two ladies 9-hole leagues. I don’t really enjoy 18 holes – takes too much time – but I really enjoy playing nine.  I’m also a runner and have done some marathons and half marathons, though these days I’m happy to run 5k (3 miles) three or four times a week. And I walk my dog, Gibbs, a Golden Retriever, 3 or 4 times a day (two decent walks and a couple of short ones). He’s only nine months old, so he needs the exercise. If you’re into counting steps, most days I get between 20-25,000

How can readers find out about you and your books?

My website is www.judypenzsheluk.com, where I write about the writing life and interview other authors. My Amazon page is amazon.com/author/judypenzsheluk.

Thanks, Judy! Good luck with the new book. 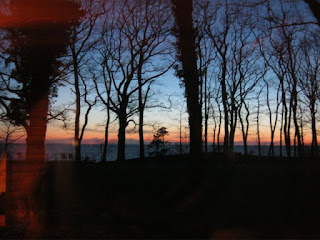 In honor of Ann Bradstreet's birthday, Playbuzz and Berkley have compiled a list of Gothic-inspired novels, and I am thrilled to be on it!