I'm exploring the idea of absent mothers in Hollywood scripts over at Poe's Deadly Daughters today. See if you agree with me: every other story seems to have a conveniently dead mother.
Posted by Julia Buckley at Monday, August 29, 2011 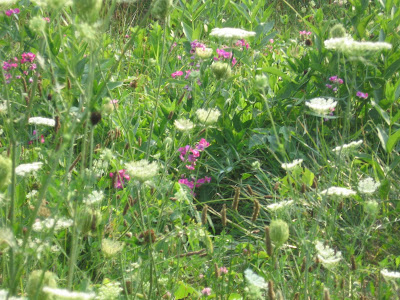 While many people are still suffering the ravages of Hurricane Irene, Chicago has at last achieved that rarity that is a perfect summer day: it is sunny and comfortable, and a cool, friendly breeze is blowing.

I am so grateful for these rare and perfect days that I feel obligated to spend as much time outside as possible. Hence this short post!! 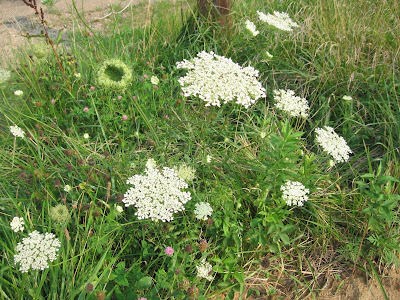 The Value of Reading--Now More Than Ever


“Resolve to edge in a little reading every day, if it is but a single sentence. If you gain fifteen minutes a day, it will make itself felt at the end of the year.”

Raymond Benson Chats About Books, Bond, and The Black Stiletto 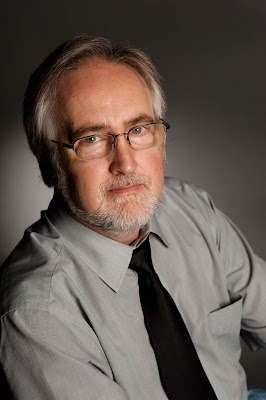 Raymond Benson is an American author best known for being the official author of the adult James Bond novels from 1997 to 2003. His new mystery, The Black Stiletto, will be available next month.

Hi, Raymond! Thanks for talking with me on the blog. THE BLACK STILETTO has an interesting premise: that a middle-aged man, going through the belongings of his Alzheimer’s-stricken mother, finds out that she is The Black Stiletto—a masked avenger from the mid-20th century, similar to Batman in terms of her legendary status.

How did you come up with this idea?

You know writers can never answer the question “how do you come up with your ideas?” ! I’m not really sure where the idea came from. I can remember talking to my literary manager/agent Peter Miller over a meal and we were discussing what I should attempt next. This was a few years ago. He kept telling me how most of the book-buying public were women, so I should come up with something that would appeal to women. Right then and there, I facetiously said, “How about a female superhero? It could appeal to the geek crowd; go for the ‘True Blood’ and ‘Twilight’ audiences.” Afterwards, I started thinking about it, and the story just flowed out of me. It was one of the easiest books I ever wrote.

You write the novel from the point of view of Judy Cooper (The Black Stiletto), her son, and an antagonist. What made you choose these particular vantage points?

It had to be from Judy’s point of view, naturally, since she’s the protagonist. Since I was telling two parallel stories, one in the past and one in the present, it made sense for the second narrator to be her grown son. So really, there are two protagonists and two different storylines. The third voice, the antagonist, was brought in primarily to give the reader a different perspective on what was going on. Knowing what Roberto is doing builds suspense because the reader suspects there will be a clash at the end. Each book in the series will always have the two protagonist voices—Judy and Martin—but there will be a different third voice in each book.

It’s interesting that you allow Judy’s son to discover her superhero status not after she has died, but certainly after she is able to talk about it with him. This makes the story almost more heartbreaking for me. Was that your intention—to enhance the pathos by making Judy close, yet far away?

Absolutely. I wanted a contrast between the Judy of the past and the Judy of the present to show what Alzheimer’s can do to someone. It also creates conflict and tension between Judy and Martin.

Judy’s son, for me, is not that likeable a character. Is this intentional, and will he, if the series continues, evolve into more of a hero himself?

Sorry you felt that way, but I did want Martin to go through a lot of changes as the series progresses. He’s just a regular guy trying to cope with everyday crises—losing his job, dealing with being divorced, fighting with a teenage daughter, and, most importantly, taking care of his elderly mother who has Alzheimer’s. Then we lay on him the knowledge of who his mother was. Any man would go through all kinds of emotional swings with all that going on. Ultimately, while there is nothing “heroic” about Martin in the same way that Judy was heroic, he will become more heroic in a very human, normal way with the decisions he makes regarding his mother and his own life. The first book is just the beginning!

You do leave the reader with some unanswered questions. So there will be a sequel?

Have you experienced Alzheimer’s Disease with a friend or family member? You seem to know it from the inside.

Yes. My mother-in-law had it, and my wife and I experienced it from its onset until her passing—a period of 11-12 years. It’s a horrible disease and I wanted to try and show what it’s like not only for the patient but for the caretakers and family members.

I think you captured that well.

The main settings of the story are in Texas, New York and Illinois. Have you been to the locations you write about, or just researched them?

These are all places where I lived at one time. I grew up in West Texas, specifically Odessa. I had to do a little research on Odessa of the early 1950s, but it wasn’t much different from the 60s, when I was there. I lived in New York during the 80s, and a place like that sticks to your DNA. Again, the bulk of the research was capturing New York of the late 50s; luckily the geography of New York hasn’t changed! Finally, I’ve lived in the northwest suburbs of Chicago since late 1993, so I know these places pretty well. When one examines my backlist of original thrillers, you’ll find that I use these three locations a lot—Texas, New York, and Chicagoland. They say, “write what you know.” 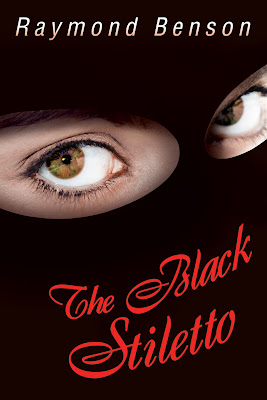 On your Facebook page are pictures of you partying at the Playboy Mansion. How did that come about?

I’m happy to say I’m a friend of Hugh Hefner and the Playboy “family.” When I was writing the James Bond novels back in the 90s, Playboy published excerpts and original short stories. I got to know Hef slightly earlier than that, when my non-fiction book The James Bond Bedside Companion came out in the 80s. So now my wife and I (and son!) can visit the Playboy Mansion any time we’re in L.A.

What, if anything, did you learn about Hugh Hefner that people might not expect?

Hef’s a great guy, very generous and kind. We both have a love of film history in common. He likes board games and he likes jazz. He’s loyal to his friends. He’s also extremely intelligent and, at 85, still sharp.

You have written several James Bond novels. Will you write any other James Bond fiction?

As Bond (Sean Connery) says to Professor Dent in Dr. No—“You’ve had your six.” My run was between 1996-2002; six original novels, three movie novelizations, and three short stories. The Ian Fleming Estate (and its publishing arm) tends to hire one author at a time, and they don’t go backwards. So, no, it’s doubtful I’ll do any more. I’m not sure I’d want to. However, two anthologies of my 007 work were recently published—CHOICE OF WEAPONS and THE UNION TRILOGY—and they contain the six original novels and the short stories.


I can imagine The Black Stiletto as a movie. Any talks about that in the works?

Every author hopes his/her book will be a movie or TV series. One can only cross fingers and hope!

Good luck, and thanks for chatting, Raymond!

A special tribute to my father appears at Meanderings and Muses today.
Posted by Julia Buckley at Sunday, August 07, 2011 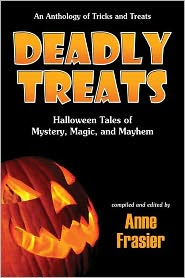 Just click here and get a head start on fall. :)
Posted by Julia Buckley at Thursday, August 04, 2011 No comments: