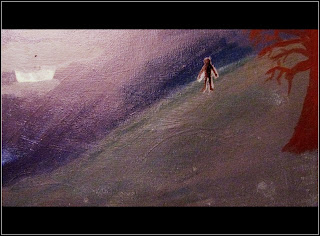 I am amazed by the strength, courage and resilience of my friends in Florida in the wake of Irma. Many of them, for varying reasons, have stayed in their homes, ready to wait out the hurricane. They are already enduring a loss of electricity, empty stores, a lack of resources like gasoline, and an unrelenting forecast.

Yet they are finding ways to be positive, and this is inspiring. One of my friends just wrote that she has total peace of mind.
I can't claim that, and I don't have a hurricane barreling toward me!

Thank you to all of you for teaching me a lesson in courage, and I wish healthy and safety to you and your families.

How Long Before the Next Novel? Jess Lourey and Shannon Baker on Creativity, Bad Breakups, and the Restorative Power of Writing


A conversation with Jess and Shannon:

She was your everything. You woke up with her on your brain, scribbled notes to her throughout the day, fell asleep wondering how to make her happy. And now, after she consumed your life for an entire year, drove you crazy, and fulfilled you on levels you hadn’t known were possible, she’s left you. Just like that, she’s moved on to someone else.


Actually, if you’re lucky, she’s moved on to thousands of someone else's.

I’m talking books and readers, of course, and that day when your sweat and tears moves from your brain and computer to to bookshelves and e-readers all over the country. So, how long until you move on, too? When is it okay to start writing that next novel?

Today, the lovely Shannon Baker and I would like to share our experience on that front. Shannon and I have written over 20 books between us, and we’re on our second national blog tour, Double-booked Round Two. Shannon is promoting Dark Signal, the second in the fabulous Kate Fox series, and I’m shilling for March of Crime, the 11th (gasp!) in my Murder-by-Month mysteries. Pull up a chair, dip into your favorite ice cream flavor, and relax while Shannon and I share our book break-up, moving on stories.

Shannon Baker, you amazing soul, how are you?

Shannon: I’m stoked (does that term make me sound old?... or fat?) because I’m plotting a new series. To pick up on your analogy, it’s like the first blush of a romance. We’re flirting and kissing, I can barely think about anything else, and I’m waking up at night with a flutter in my heart.

Jessie: That’s fabulous. Also, “stoked” makes you sound “stoned,” so I’m cool with it. So, I’ve been churning out two books a year since May Day released in 2006. How about you?

Shannon: Slut. And I mean that in the best way possible! I mean, look at all the fun you’ve been having, while I stayed true to a novel that I should have left years earlier. I worked on that one book for over 10 years, finally had it published in 2010 with a nano-press, and then—only then—moved on. Since 2013, I’ve published one book a year, though I’ve had affairs with short stories and experimented with other unmentionable genres.

Jessie: Sweet naughtiness, that’s a lot of book break-ups. How long do you wait after sending one book off to your publisher before you start writing your second book or short story? Or do they overlap?

Shannon: I am at a writer’s retreat right now with a friend who is working on three books simultaneously. Unfathomably, she seems pretty normal. I don’t work on more than one book at a time. So it’s unusual for me to have an idea for a new series while I’m working on line edits from my editor for an ongoing series, AND, last week finished revisions on another book.

I’m afraid of waiting too long to jump into another book because for me, writing is like exercise. If I let it go too long, it’s painful to get back into shape. It’s a habit and I don’t want to disrupt the routine I’ve established.

Jessie: Makes sense. When I finished May Day back in 2003, I immediately began to shop it around. It hadn’t occurred to me to start another book until about rejection 376 (I received a total of 423), when an agent told me she liked what I was doing but couldn’t sell it unless it was a series. I began writing June Bug. That agent didn’t sign me, but someone else did. In a perfect world, I’d still have that kind of time (and blissful ignorance about the industry), enough so that I could dedicate complete brain time to one project.

Now, with multiple series plus my author marketing commitments, I usually give myself 7 days after finishing one book to celebrate, make poor food choices, and relax before I start writing a new novel. Any less than that and I don’t feel like I’m honoring the work and energy I put into the manuscript. Any more than that and I start to go a little crazy. I need creative writing.

Shannon, do you carry around a notebook or something else to keep track of those random, buzzing story ideas for a future project that pop into your brain when you’re working on a current project? 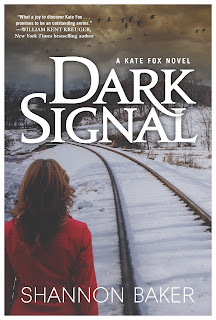 Shannon: Gaa! I hate that I don’t a) carry around a notebook for ideas, and b) have so many ideas I need to. Maybe if carried a notebook I’d have ideas to write in it. But, maybe I’m turning over a new leaf, because as I write this, I remember being at a fun event last weekend and suddenly thinking how great it would be for a mystery series. *runs off to get that cool journal someone gave me*

Jessie: Yes! Write it down. I text myself notes and then transcribe them all at the end of the week. I also try to keep track of any writing hacks that I learn as I go, so I can remember to use them in the future but also so I can share them with others. A lot of those made it into my how-to book, Rewrite Your Life. (Yes, that was a shameless plug.) (Editor: View Jess's whole TED-x talk below).

Since today we’re talking about book break-ups, and specifically that moment when you move from writing one book to the next, it’s only fitting that we end by sharing our real-life break-up remedies. Back in the day when I was dumped by or did the dumping of boyfriends, my go-to was Ben & Jerry’s Chunky Monkey ice cream and red wine out of a box. Those huge shards of dark chocolate from the ice cream would get stuck in my back teeth, and when the red wine would rush over them, it’d create an explosion of rich, bitter deliciousness. Who needs boys when you can make that sort of fun yourself? Shannon, what was your break-up go-to?

Shannon: It took me over a decade, but I got the best break-up remedy possible. My husband of 20 years had a long-lasting affair in our town of 300 people and I left him to start a new life. Took me a while to get my sense of humor back about the whole thing and my appreciation of the place, but when I did, I got a whole mystery series out of it, starting with Stripped Bare and now Dark Signal. They say living well is the best revenge, but I have to say, writing is pretty sweet, too!

Please join Shannon and Jessie as they continue their blog tour. They will each be giving away three books this tour, and every comment you leave at a blog stop gets you once chance to win.

Jess Lourey (rhymes with "dowry") is best known for her critically-acclaimed Murder-by-Month mysteries, which have earned multiple starred reviews from Library Journal and Booklist, the latter calling her writing "a splendid mix of humor and suspense." She is a tenured professor of creative writing and sociology, a regular Psychology Today blogger, a sought-after workshop leader and keynote speaker who delivered the 2016 "Rewrite Your Life" TEDx Talk (below) and a leader of transformative writer's retreats.

Shannon Baker is the author of the Kate Fox mystery series (Tor/Forge). Set in the isolated cattle country of the Nebraska Sandhills, the series has earned great reviews. Kirkus says, “Baker serves up a ballsy heroine, a colorful backdrop, and a surprising ending.” She also writes the Nora Abbott mystery series (Midnight Ink), featuring Hopi Indian mysticism and environmental issues. Shannon makes her home in Tucson where she enjoys cocktails by the pool, breathtaking sunsets, a crazy Weimaraner, and killing people (in the pages of her books). She was voted Rocky Mountain Fiction Writer’s 2014 Writer of the Year. Visit Shannon at www.Shannon-Baker.com