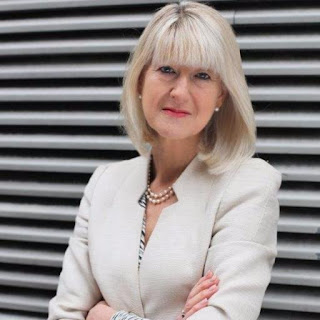 Jane Corry is a writer and journalist and has spent time as the writer in residence of a high-security prison for men—an experience that helped inspire My Husband’s Wife, her debut thriller, published by Pamela Dorman Books. Corry runs regular writing workshops and speaks at literary festivals worldwide, including The Women’s Fiction Festival in Matera, Italy. Until recently, she was a tutor in creative writing at Oxford University.

Jane, thanks for chatting with me!!

This is a complex story; it spans many years and alternates between two points of view. Every character has secrets.  What gave you the initial idea for the novel?

Three things! Working in a high-security male prison for three years.  Getting married again during that me. And my love of twists. I couldn’t help wondering about the relationship between first and second wives. Everyone assumes they shouldn’t get on. But what if a second wife had to ask the first wife a big favour? And suppose that involved a criminal who might actually be innocent. The book leaps forward fifteen years in the middle. So almost anything could happen….

You’re a journalist as well; what made you want to delve into fiction, specifically the thriller format?

I always wanted to be a novelist. I started writing little stories and poems from the age of three. I only became a journalist because I needed to earn my living and journalism seemed the best way because it involved writing. But then I had my own columns and was also bringing up three children – so had to put my original plan on the back burner until now. But it was worth it!

The title is intriguing; we don’t really get to know its significance until later in the book. Did you go through several titles before you decided on this one, or was this always the one you had in mind?

It started out in my head as ‘My Husband’s New Wife’ but then evolved into ‘My Husband’s Wife’. I like contradictions! It makes people think twice….

Your characters are all flawed in one way or another.  Is it easy to guide your creation into making the wrong decision, or are you tempted, as the author, to let them have a different (and potentially more positive) outcome?

I love flawed characters because it makes them more realistic. We all have flaws. I certainly do. As a reader, I don’t want a perfect character. I believe we are all here on earth to learn lessons and that means making mistakes along the way. Having said that, I do want them to have a positive outcome at the end!

hat sorts of books do you like to read? Which authors are your role models?

At the moment I’m reading Christobel Kent’s The Loving Husband. I chose it because I met her when we were both speaking on a panel recently. I’m enjoying her style of writing and the riddles. Normally I don’t read psychological thrillers because I like to keep a distance from my own genre. I adore Anne Tyler and also Fay Weldon. I was lucky enough to meet Fay when I interviewed her as a young journalist and we’ve remained friends ever since.

I’m also a huge fan of Alice Munro. I came across her when my now grown-up daughter was at school. I always used to read my children’s texts so I could test them – preferably in the car where they couldn’t run away!

Several scenes take place in prisons, and you were once the writer-in-residence of a men’s prison. How did this come about? How long did this experience last? What were your most prominent impressions of the experience?

I started working as writer in residence in a high-security male prison when my first marriage ended. The original contract was for two days a week for two years but they asked me to stay on for a third year. I was very struck by a number of factors. Although I was scared at first, I lost that fear when I was inside, working with the men and helping them to write life stories, poems, novels and short stories. Words are a great leveller.

I was also surprised by the fact that many criminals don’t look like they’ve done something awful. Some could have been a next door neighbor whom I might ask round for dinner. It wasn’t considered polite to ask what their crime was but sometimes they told me. Then I wished they hadn’t. It’s one thing to help a man write a story. But when they’ve confessed that they’ve killed or gang-raped, you can’t help but look at them in a different way. I was also struck by the amount of writing talent in prison. I entered some of my men’s work for competitions and many won prizes.

Writing can improve self-confidence and self-worth. It’s been proved that this can reduce the risk of re-offending. I am now a life story judge for the Koestler Awards which give prizes for writing and art to men and women in prison and mental institutions.

You are very good at withholding facts from your reader without them realizing, at the time, that the facts are missing. Is it difficult to plot this way?

Often the twists occur to me when I’m writing. Sometimes they come as I do the research (which I often do during the actual writing process). Then I go back and sow the seeds. So to answer your question, it’s complicated rather than difficult. But there’s nothing like that electric thrill when you suddenly think of another twist!

In which environment can you write most productively?  Do you have any writing rituals?

I need complete peace. I’ve just about trained my new husband not to interrupt me! This is easier now the children are older although I also look after my granddaughter for two days a week.  I write at the top of the house, overlooking the sea. I live in the UK so it’s quite cold although I love to swim for most of the year (in a wet suit!). I also write in the morning after a dog jog along the beach and breakfast with my husband over the crossword. If it’s a grannie day, I’ll  catch up by writing in the evening instead.

That sounds wonderful! I am envious of your sea view. How long did it take you to write MY HUSBAND’S WIFE? 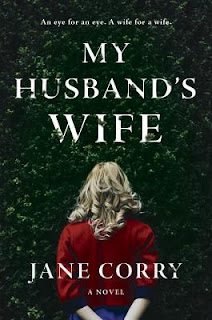 Three and a half months of writing every day for the first draft. Then another four months for the whole editing process. I’m a journalist. I write fast. It’s what I was trained to do. But after so many years on the keyboard, my handwriting has suffered!

You do not live in the United States. Have you ever visited?

Absolutely!  I have been to New York four times. Once with my first husband. Then on my own with my youngest son which was a real learning curve as it was my first time alone. We stayed with friends in Connecticut and then went to visit my older children who had summer jobs in upstate New York.

Then I did a road trip with my second husband and visited Margaret Mitchell’s house in Atlanta – this was on my wishlist as I adore Gone With The Wind. The last trip was a transatlantic crossing on the Queen Mary 2 which my second husband surprised me with! Amazing. I’d love to do it again one day….

For those of us who might visit England, what is a sight that we absolutely must see before we leave?

The sea. There’s nothing like it. I’d suggest going round the whole coastline! If you could only go to one place, I’d suggest the Isle of Skye. I went there three years ago with some cousins to visit the Macdonald ‘family castle’ which is now in ruins. I had an uncle who married several times so I have lots of wonderful cousins from a variety of nationalities ranging from Chinese to Canadian.  Most of us have parents who died young, but we are all very close and extremely proud of our heritage. Skye has some amazing scenery and people.

Thank you! I will remember that. How can readers find out more about you and your writing?
Through Twitter and my author page. Do check out @janecorryauthor on Twitter
and Jane Corry on Facebook.  Thank you for having me! Meanwhile, I hope you enjoy MY HUSBAND’S WIFE. No one is quite  who they seem!
Posted by Julia Buckley at Sunday, February 19, 2017 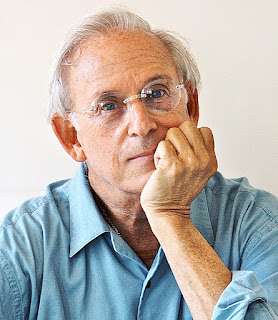 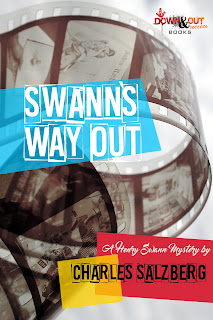