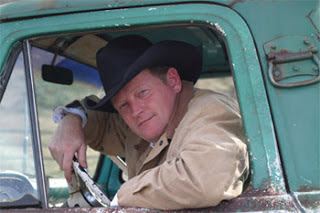 As a Craig Johnson fan, I was pleased to hear this announcement from Penguin:

In CHRISTMAS IN ABSAROKA COUNTY, readers glimpse a softer side of Walt Longmire, the longtime sheriff of Absaroka County, Wyoming, as he grapples with the death of his wife Martha and his sometimes turbulent, but ever-loving relationship with his daughter Cady. In these four stories: Ministerial Aid, Slick-Tongued Devil, Toys for Tots, and Unbalanced, Walt is alternately at his best and his worst. He helps a possibly delusional elderly victim of domestic abuse while sporting a bath robe and a mean hangover on New Year’s Day. He’s sidelined by grief when his wife’s obituary appears in the paper and there’s an unexpected knock on his door, two-days before Christmas. He strives to help even those who don’t want it when he picks up a young female hitchhiker and he’s forced into some last-minute Christmas shopping by the Greatest Legal Mind of Our Times, during which he might just end up saving a young Marine chaplain’s Christmas.

So the holidays have come a little early! I think this might be a nice download for my Kindle--and maybe I'll give it to myself.
Posted by Julia Buckley at Friday, November 30, 2012 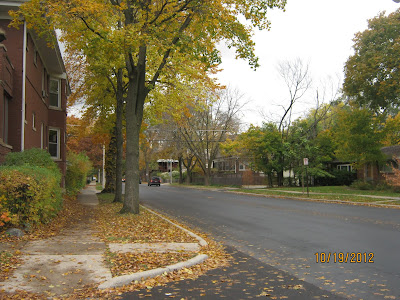 May all roads lead home this Thanksgiving.  Have a happy holiday!
Posted by Julia Buckley at Tuesday, November 20, 2012