CHAT 100: Crime Writer Martin Edwards on The Lure of Ciphers, The Beauty of Venice, and The Stories That Linger 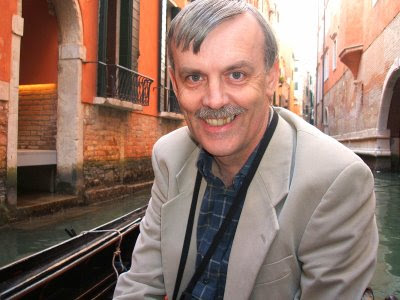 I'm celebrating my 100th blog interview by chatting with Martin Edwards, a British crime writer who has won international accolades and whose style, according to Crime Time, blends "the style of the traditional English detective story with a darker noir sensibility."

Hello, Martin! I’ve been investigating your site and there’s a lot to see. I was struck by Ed Gorman’s words: “Martin Edwards is one of the finest stylists and most perceptive crime writers of his generation.” Other critics have similar praise. How did you get started writing crime novels?
As a child, I loved reading and always wanted to tell my own stories. When I was nine, I saw the film Murder Most Foul based (loosely, I later realized) on an Agatha Christie novel, and that led me to her books. I was immediately hooked and decided I wanted to become a detective novelist. However, my debut novel, All the Lonely People, which featured Liverpool lawyer Harry Devlin, didn’t appear for another twenty six years, so I can’t claim overnight success! But it was an ambition fulfilled, and after that first novel came out, there really was no stopping me…

And we're lucky! You have a degree in law. Are you still a practicing solicitor?
Yes, I’ve been a partner in a firm based in Liverpool and Manchester for over twenty years. I’m the head of the labor law department and my first book to be published (when I was in my mid-twenties) was about the legal side of buying a business computer. I continue to write legal books, mainly about employment issues such as race, sex and age discrimination, but crime writing is my first love. If I ever feel weary, I remind myself I’m very lucky to have not one fascinating occupation, but two.

You went to Balliol College, Oxford. Wasn’t this the college of Lord Peter Wimsey?
It certainly was. I once wrote an essay about Balliol’s crime writers – there are over thirty of us, and they include present day writers such as Robert Barnard and Tim Heald as well as the late WJ Burley. I thoroughly enjoyed my time at Balliol, and as a bonus, at a party there one night, I met a fellow student who eventually became my wife.

How fitting. You were born in Cheshire. Do they ever reference Lewis Carroll’s famous cat there?
Yes. I live a few miles from Daresbury, where Carroll grew up, and the church there is full of mementoes. We have an Alice trail in our garden and I was delighted when, for an anthology I edited, Edward D. Hoch wrote a Carroll-related story which later won an award.

In your blog you admit to being fascinated by codes and ciphers. Was this something that you enjoyed even in childhood? What’s the most fascinating cipher story, real or fictional?
I’ll overlook Dan Brown and my own The Cipher Garden and vote for Dorothy L Sayers’ Have His Carcase. In a very different way, Robert Harris’ Enigma is also very enjoyable. Ed Hoch and the late Michael Gilbert wrote some good short cipher stories.

Have His Carcase is my favorite!

You have written many books—both fictional mysteries and non-fiction legal books. You’ve edited anthologies and written more than 600 articles. How do you find the time to do all this writing? Would you say you’re an obsessive writer?

I’ll admit to that. I tend to think life is short, so it’s important not to waste it. And what I want to do is write. I tend to explain my prolific record by reference to determination and self-discipline, but my wife is probably closer to the mark when she says it’s because I’m lazy about ironing and washing-up. 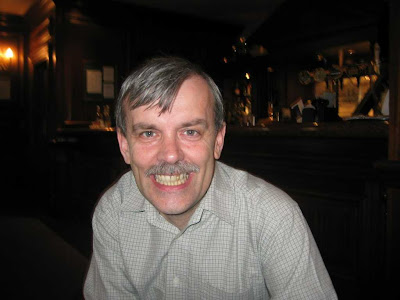 Tell us about your Lake District mysteries and your protagonists, DCI Hannah Scarlett and historian Daniel Kind. How did these characters come into being? Did they begin talking in your head, or were they born of careful construction?

I’d written seven Liverpool books, and Take My Breath Away, set in London, when my publishers asked me to consider a new rural series with a male protagonist. The Lakes was an obvious choice – I know the area, and it’s not been over-used in crime fiction. I had the idea of a historian who became involved with crimes of the past, and at first Hannah was a subordinate character. But the more I wrote about her, the more fascinated I became. I like the challenge of writing from a female perspective and she rapidly grew in importance. When my old friend Peter Robinson read the ms, he said that Hannah’s character was key to the story. And he was right.

You completed a novel begun by the late Bill Knox entitled The Lazarus Widow. How did you happen to be chosen for this collaboration?
I’d edited a couple of anthologies published by his publisher, and the editor knew I’m as much of a fan of other people’s crime fiction as I am a writer. It struck me as a real test of my craft to write in Bill’s style so that readers could not ‘spot the join’. What I hadn’t bargained for was that nobody knew how Bill meant to finish the story. So I had to solve his final mystery. What detective fan could resist such an offer? Incidentally, an unexpected bonus was that, although I never met Bill, I became – and remain – friendly with his family.

I often like to ask people what they consider to be the most beautiful place in the world. I’m guessing that you’ve traveled a great deal—have you discovered a place that exceeds the beauty of England, or would you say your home turf is the loveliest place you know? If it’s the latter, what parts of England are particularly beautiful?
For me, Venice is the most beautiful city. [That's Martin on a gondola in the top picture] As for countryside, the Lake District is very special, not least because there is such astonishing diversity within such a small area. The ruggedness of Wasdale, the more obvious delights of Windermere and Derwent Water; I could go on and on. I’m lucky to live within an hour’s drive of Kendal, gateway to the Lakes. And to live in a house overlooking a lake of its own and classic English woodland and countryside. I’m admiring the scenery as I type these words!

Are your family members also mystery fans?
My wife’s keen, and the children have accompanied us to Crime Writers’ Association weekends since their earliest days. My son organizes my website and blog, and my daughter makes posters for book sales and helps with other marketing efforts. So I owe them all a lot. Most of our friends are involved with writing in some way and I must say that, from the time I joined the CWA twenty years ago, I’ve found the kindness and generosity of people in the crime world to be extraordinary. The same’s true when I attend conventions in the US.

Is there a mystery you’ve read that has stayed in your mind long afterward?
Plenty; here a just a few. Psychological suspense: Barbara Vine’s A Fatal Inversion, and Thomas H Cook’s Red Leaves, plus an oldie, Francis Iles’ Malice Aforethought. Golden Age whodunit: Christie’s And Then There Were None, Anthony Berkeley’s Trial and Error, and Francis Beeding’s Death Walks In Eastrepps. Eurocrime: Boileau and Narcejac’s The Prisoner. Modern mysteries: Reg Hill’s Dialogues of the Dead. Ian Rankin’s Black and Blue. One-offs: Joel Townsley Rogers’ The Red Right Hand, Cameron McCabe’s The Face on the Cutting Room Floor. Race against time: Kenneth Fearing’s The Big Clock and Cornell Woolrich’s Phantom Lady.

What are you writing now?
I’ve just finished the new Harry Devlin, Waterloo Sunset, a book that was truly exciting to write, so I am now starting work on the synopsis for the next Lake District Mystery and wondering what Fate has in store for the relationship developing between Hannah and Daniel.

Thanks so much for chatting with me, Martin!
Thanks for the conversation!
Posted by Julia Buckley at Sunday, November 25, 2007

The Martin Edwards has the new section of the Lure of Ciphers with the help of which you can enjoy the new and better stories. You can also go that why not find out more and why to move on the other links of the better working.

The best scene of the crime writer is waiting for the new working session. You can read this post here and can find new stories with this proper link. Get the beauty of Venice with the stories that linger.

In this area of the mysterious musings, you can find your life more helpful. Just get the theme with the ciphers and get the new track. You can also see post more good with the best tracks of this site.

chat is arranged for the flow of the options of the discussion for the humans. The engagement of the chat and http://www.sentencecorrectiononline.com/is-grammarly-proper-sentence-checker/ is marked for the individuals. The chip is calculated for the indication of the items for the organizers of the box of the chat.

Number one chat box is announced for the intelligent individuals. All the shows of the chat box and http://www.sentencechecker.org/sentence-fixer/ are revised for the fulfillment of the goals. The gaps of the community are filled art the demand of the people and issues for the humans.