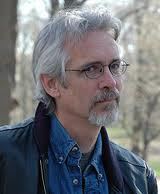 Tim, thanks for chatting with me.

I read The Hearse You Came In On this summer and enjoyed it very much. Not too many books make me laugh out loud, but yours did.

Your sleuth, Hitchcock Sewell, is a very handsome man, and tall. This is a trend not only in mysteries, but in classic literature. Do you think that an audience is more sympathetic to a good-looking protagonist?

In a word: yes. In a lot of words: When it came to me that the character I was creating was going to be an undertaker, I cringed. The last thing I wanted to do was to read a book about such a seemingly dreary profession, let alone write one. And so, my antidote to this problem was to determine that the guy would be as humorous and charming as I could possibly make him. Otherwise, how could I expect people to want to spend time with him? So . . . the good looks thing made perfect sense for me. I did a little Cary Grant George Clooney melding in my mind . . . and Hitch is what I came up with.

Hitch is an orphan; as a child he lost not only his parents, but the baby sister who was about to be born when his family was killed in an auto accident. Why did you want your hero to have such a tragic past? Does it help that he is well versed in death, since he runs a funeral home and investigates murders?

A similar answer to the first question. The instant I saw that I was undertaker-bound, I not only when through all that make-him-appealing stuff, but I also wanted to let the reader know right away that undertaking was not a profession he chose out of any particular interest. He chose it because fate landed him in his aunt and uncle’s place, this was their “shop”, and when the uncle passed away Hitch was doing the right thing by helping out with the family business.

And yes, the nice by-product for me was that I now had a protagonist whose profession allowed him sufficient access to the ‘wrongly un-lived’ that I could justify his sticking his nose into murder investigations on a somewhat regular basis. I always marvel at those writers who manage to get a jazz musician or a history professor (or a cat!!!) poking into a murder year after year.

I realize that I have some catching up to do—if I count correctly there are five books in the Hearse series. Will they continue beyond that?

You count correctly. The fifth book doesn’t have one of those world-famous hearse titles (it’s titled BACKSTABBER) so sometimes people are thrown off. But yes . . . five it currently is . . . and five it shall remain for the time being. I am currently writing other books under a different name, as I see your next question is going to prod me about.

That's right. You also write as Richard Hawke. What made you decide to use a pseudonym?

Ah well . . . so many different reasons. For one thing, just like the name. I think it looks great on the front of a book. Hell, I’d buy a book by a guy named Richard Hawke. In part, since the ‘Hawke’ books are a departure from the humorous Baltimore-based books, I thought that making the distinction might be a polite thing to do for readers. I want people to look to Richard Hawke for both series-writing as well as stand-alones, hopefully delving into various of the sub-genres of crime fiction.

On your website you mentioned that you went to a Catholic grade school in Baltimore. As a fellow Catholic grade-schooler, I am guessing that this was both a positive and an excruciating experience?

Did I say ‘Catholic?” I meant to say “Episcopalean” (which I might have described as ‘lazy Catholic’) So no, in my case things weren’t so excruciating as kneeling on peas or having to drum up horrible sins to tell to an overly-curious man in a bathrobe. I got off with simply going to chapel once a week…and that became an opportunity for me and my chums to try to out-sing each other. You know . . . take your lungs for a walk.

This is my most dreadful error. I was making that ever-so-Catholic assumption that Papists have a monopoly on saints, and when I saw St. Paul, I leaped into a denominational abyss. :) And I never had to kneel on peas, but when my dad was little, his mother made him kneel on corn when he done wrong. So you were close.

Wow. No, I certainly never did read that one. And if your question is diabolically intended to reveal that I’ve never read C & P…well, you’ve succeeded. Having said that . . . I’ll go on record as saying that if I ever do reads C & P, I’ll bet I’ll agree with this comparison. I also happen to think that the Batman comparisons work for many crime fiction protagonists. Well-intentioned oddballs, is the short way of putting it. Oh yes . . . with a dead parent or two in the background.

I'm mostly revealing my obsession with that book.

Do you write full time, or must you, like many of the mystery writers interviewed here, wear many hats?

Well . . . I enjoy wearing hats, but I’ve never found that simply wearing one brings in the bacon. I work hard at my writing . . . and then I don’t work hard at all after that. I’m halfway joking here. All to say that I’m currently able to keep crumbs on my table and my lips lightly moistened through my writing efforts. Tomorrow, so I hear, is another day.

You grew up in Baltimore, but now live in New York. You also once lived in California. What’s your favorite place?

I’m going to go with New York. Just yesterday I was walking down the street and was hearing so many foreign accents and foreign tongues I felt as if I was in the Star Wars bar scene. This alone makes New York such a phenomenal place to live. It’s a Star Wars bar scene. I’m afraid I’d get jittery and bored if I were to spend too much time away from here. You know what they say, New York is an island off the coast of America. For me, that’s perfect.

Largely non-fiction. I’m currently reading a memoir of Arthur Gelb, who came up through the ranks of the New York Times, from the 40s to …well, I haven’t finished the book yet. My fiction choices are eclectic, and include as many non crime books as crime books. Since I’m in the mood today to give a plug, I’ll tell you that my fairly recent discovery of John Lescroat has made me very happy. This guy writes a really good book. and thankfully, a whole lot of them.

What are you writing right now?

I’m finishing up rewrites on a real departure for me . . . or for Richard Hawke. It’s a book with a large political component, though I’m loath to term it a ‘political thriller’. Let’s say, its overt plot is driven by some classic political shenanigans while equal focus goes to the real lives of the people involved . . . and a look into how the pressures of the plot are playing in their private lives. I’m having a blast with it . . . though at the same time, at this late point in the rewrite, I’m getting worn out. Just the other day I had to go ahead and ‘expire’ a character who had survived the entire first draft. It was a sad moment . . . a poignant end for this particular character. That was bit of a bummer. Being God has its downside. (I’d always heard that was the case anyway)

Your characters are very amusing. Are you considered amusing in person? Do you tend to be the life of the party?

People like me may consider ourselves amusing and the life of the party . . . but we’d be the wrong people to ask. In part, it depends upon the party. Some parties I’ve been to resist life of any kind. But yes…overall, I find the world vastly amusing (and distressing) and for the most part I simply recall for people the things I see and hear, and this seems to be amusing more often than not. (My original typo just now said: ‘ . . . more amusing than hot.’) My general rule of thumb is that if I can make people happy for a second or two, that’s a good thing.

Have you ever written books for children or young adults?

I once wrote Book 3 in a 6-part series about 3 high school buddies who were into baseball . . .and the series took them from Little League into the minors and all the way to the World Series. My contribution was the Spring Training book. I once went back over the ms. to see how many times I had written “He couldn’t believe it!” Many many times. So, as to whether I’ve written a YA or kids book that I would proudly hang my name on (or one of my names) . . . no. I have an idea for a YA or kids book that sits in my head and refuses to budge. It concerns a boy who runs away from the circus to join family. Now that I’ve said it out loud . . . it sounds like the backstory for another damn crime fiction book.

Based on that answer, I think you could write a most amusing young adult book.

You have written that you enjoy tales of “audacious outsiders taking whatever drastic or heroic efforts are necessary in order to put wrong back into right.” Do you see any examples of this in the real world today? Or do we find these people only in fiction?

Oh, there are plenty of people in the so-called real world who do this. Maybe not always on the grand and famous scale . . . but on the micro level. Good people who lead with their hearts. Perhaps they’re not audacious . . . except insofar as anyone who bucks the existing tendencies can be considered audacious. Likewise ‘drastic;’ and ‘heroic’. These words can apply to quiet and subtle actions. Anyone who cares for others more than they care for themselves? That’s my hero.

That's lovely. And it might be your inner Episcopalean talking. :)

To get more sleep. To get out more. I suppose I’m going to have to buy myself a hammock if I expect to achieve those two goals.

How can readers find out about both Tim Cockey and Richard Hawke, and the fun books that they write?

Or of course, go Google crazy.

Thanks for chatting with me, Tim.

The pleasure was all ours.
Posted by Julia Buckley at Monday, October 13, 2008