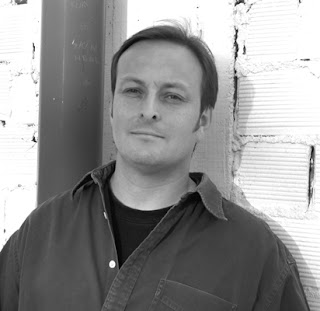 John Barlow, an award-winning English mystery writer, is the author of the LS9 crime-mystery novels. His new title, HOPE ROAD, is now available as an e-book.


Thanks for chatting, John. Your hero, John Ray, is a used car salesman, and yet he is both cool and believably gritty. Did you purposely try to cast against type here?

John emerged as I planned the novel. I don’t recall actually ‘constructing’ him at all. Okay, he’s the kind of person I wish I was - uncompromising, hedonistic, with an extreme kind of moral courage - but he grew pretty much naturally as the book took shape. I really feel as if I’ll be able to take him with me through the whole LS9 series.

There are several newspaper articles referenced in the novel (specifically from the Yorkshire Post) which sound authentically journalistic. Have you ever been a journalist?

Not newspapers. I almost became a journalist, and was offered a job on the local paper after I graduated. But I turned it down and went to live in Spain instead. I do write features for a food magazine, and I do the occasional bit of journalism for other publications. I had a feature in Playboy last year, about hunting wild pigs in Australia. Grr.

HOPE ROAD sometimes reminded me of old Hollywood movies, because John and Den smoke so much. Are they an exception, or is smoking still a prominent habit in England?

Well, it’s certainly not a novel for Hillary Clinton! At the beginning of the novel John is down to one cigarette a day, whereas Den dislikes smoking and only does so because of the stress of her job. I wanted to create an atmosphere in which people were smoking out of compulsion rather than pleasure.

I think it does indeed increase the tension. When John Ray describes the secret to selling cars, he says it’s not about knowing cars at all: “It’s all about the charm, the rapport.” Do you agree with Ray about the essence of a sale?

When it comes to big ticket sales, I think the buyer makes up his or her own mind. If you’re going to spend 10 grand on a second hand car, you don’t obediently take the advice of the showroom guy (who’s on commission anyway). A smart salesperson knows this, and lets the buyer convince him or herself that they want the car. That’s the trick. 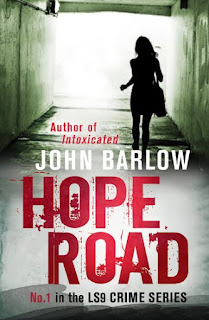 John Ray lives in his old high school. Is there really a high school in Leeds that was made into flats, or is this something that you found poetically appealing?

The building really exists. It is an old grammar school (grammar schools in England were old, selective high schools that took only the top 10% of the population, based on an entrance exam which every child sat at 11 years old). They were seen as elitist, and were abolished in the 70s. The specific building in Hope Road is my dad’s old grammar school, an imposing red brick building that I used to see every time we drove up that part of town. It is now apartments, just like in the novel.

Leeds seems like a bustling metropolis; how does it compare with, say, London in terms of crime?

I got to know a detective on the Leeds CID (serious crimes) squad. He told me it was a ‘great’ city for crime, by which he meant not that there was little crime, but that there was enough of it to keep a detective interested! The metropolitan area of Leeds has a population of about 700,000, making it the third largest city in the UK (after London and Birmingham). It has a strong financial sector and a fairly dynamic economy. The UK’s largest regional newspaper, The Yorkshire Post, is there, and it is a perfect place for crime fiction; not unknowably big, but not too provincial.

Who are your literary influences?

With HOPE ROAD I tried to write a novel that anyone could read, not just crime fiction enthusiasts. In that sense I guess Kate Atkinson springs to mind (her latest novel is also set in Leeds). Stylistically, my aim was to achieve a relatively fast-paced kind of prose, more American I suppose, but which also captured something of the Englishness of the characters and setting. I like GM Ford very much, and James Ellroy (but who doesn’t?).

Do you have a favorite novel?

Don Quixote. If you’re looking for the human condition, it’s got it all.

Will there be more books in this series?

Eight more! In fact, what I’m planning is a series of three very loose trilogies. Only the first three books will feature John Ray as the main character, but he will have some part in all the books, and he’ll definitely be there at the end.

It's great that you have planned it in such detail!

Your title, HOPE ROAD, is particularly lovely. Is the real Hope Road an attractive one?

No, it’s a short backstreet with absolutely nothing to commend it. When I was driving around the city with my dad, looking for places to set the novel, we parked up and got out to walk around. I saw the street name HOPE ROAD and just knew it was the title. Since that day I’ve never thought any more about titles. 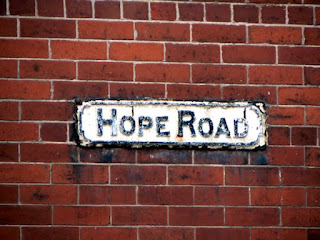 Where can people learn more about you and your books?

Thanks for agreeing to an interview, John!

It was a pleasure. Thank you!
Posted by Julia Buckley at Saturday, February 11, 2012

Well-seasoned? The worst thing about the pig hunt was afterwards, when we went back to the hunters' lodge and cooked up a panful of bacon...

Thanks for the interview, and best wishes :)

I'm impressed, nonetheless! And best wishes with this new title.

Since John used to be a salesman for used cars, maybe he could provide us some tips on how to take care of the used cars before they sell them off.

Unknown said...
This comment has been removed by the author.
2:36 AM

VaporFi is the most recommended electronic cigarettes provider out there.