How Do You Say: My Life Does Not Translate Well 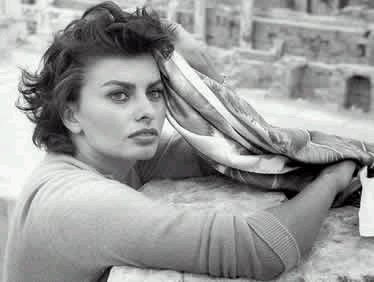 My current babysitter is an Italian exchange student. She looks like Sophia Loren's niece. Tall, graceful, lovely, silky-haired. She is babysitting my two sons, who have not reached puberty, but might cross over soon if she continues to visit. Sometimes I wonder how we look from her perspective.

On the first evening we met her at the door, but not before our dog did, leaping up on her with his rotten little paws and almost knocking her back down the stairs. Our cat, who is not allowed out of the house because of his pugilistic tendencies, darted past her in a bid for freedom. A shouting boy chased the cat down the sidewalk, fearful that he would get in yet another fight. (We've already been warned that if Pibby catches some dread disease from some other cat's saliva, he could potentially give feline AIDS to every cat in town. Are there greeting cards for that? Sorry I gave your cat AIDS?) The remaining boy sat glued to his Playstation, mumbling a greeting and shaming his mother.

I laughed nervously. "Sorry about the mess," I said, because I say this to everyone who comes over and sees the random piles of laundry, waiting in vain for someone to claim them and wash them, not to mention the stacks of paper and books and various boy toys: action figures and video game covers and Lego creations that simply cannot be taken apart, Mom.

She smiled uncertainly, and I gave her some final instructions: "Just be sure to keep this door shut, because the cat has torn holes in all the screens and he can jump right out. And try to keep the dog out of the attic. He goes to the bathroom up there. You know--bathroom?" We smiled, not certain of each other, and I was forced to leave her with the hyper dog, the AWOL cat, the boy who was somewhere outside, and the boy who was comatose inside. I figured she would never return.

To my surprise, she agreed to come the following week. She said the boys were quiet and she was able to do her homework; she would come that night. This sounded good. Unfortunately, some mysterious foreign object had made it inside our oven, and when I turned it on to bake something, the horrible smell of burnt plastic filled the air and smoke billowed through the house. Lord knows what superhero became an ashen offering, but the house smelled about as appealing as a rendering plant when the babysitter arrived. I stood, fanning away the last wisps of smoke and trying to smile about this kooky experience. "Our oven burned something," I said, shifting the blame where I felt it belonged. "So it made kind of a smell," I added, hoping she understood the part about the odor not being our fault. She wore a quizzical expression, perhaps trying to come up with an Italian equivalent of Pee-yew.

The stove dilemma was eventually solved (but not the mystery of what was burned), and the day I needed the sitter rolled around once again. I went out to the car that morning to find that it had rained all night and I had left the windows down. I ran back in for a dry towel to put on the driver's seat. No big deal--not until I came out of work eight hours later and the entire car smelled like a bad apple. The wet upholstery had soured, and the odor was unbearable. I wrinkled my nose all the way home, then tried various deodorizers--even just a few frantic squirts with a bottle of perfume. Yet when I arrived at her place to pick her up (of course she needed a ride this time, when my car smelled like a dumpster), the smell was worse than ever.

She climbed in and her lovely eyes squinted as the odor assailed her. She was so well bred, though, that she said nothing, and soon even her nostrils stopped flaring. "Heh, heh," I laughed nervously. "I left the car windows down, and it rained. WET," I added, in case she hadn't understood my excuse. What I really wanted to say was, "I swear, we're really not as smelly as we seem!"

She smiled and nodded. I could only imagine the e-mails she was sending home, about the eccentric family with the disobedient pets and the odd collection of aromas in an untidy house. Was there a word for "slattern" in Italian?

As we sat together in the smell, I asked if she was going to any dances at the school. "Yes," she said, smiling. "I go, but I don't know who."

"Yes." Her face brightened. "Black, with silver. And silver shoe."

That sounded glamorous. And she was going to look knockout gorgeous. I glanced down at my utilitarian sweatsuit, navy blue with a red racing stripe. It was the third day I'd worn it because it was really comfortable. People were probably talking.

I wondered, were there people in Italy with smelly cars and smelly houses and cats that picked fights and dogs that annoyed people and children who drooled in front of the television? Or were they all sort of elegant and effortless, the way this girl seemed to be?

Was my lack of glamour obvious? And what of my whole public persona? Would it come across at book signings that I had a messy house? Would people at Bouchercon know that I had driven there in a minivan that smelled like saurkraut? Would I really be able to chat in the bar without spilling drinks on people?

My reality is this: life is smelly. It pretty much has been since I changed my first diaper, and it probably will be until both of my sons leave home and I can really deodorize--maybe even pull up the floorboards and soak them in Pine Sol. I probably can't explain this to a beautiful Italian girl whose life does not smell, but I guess I've learned to live with it. And though I'm sometimes tempted to present a public image that includes a girdle, a wig and some neon tooth whitener, I figure I'll just go and be me, warts and all.
Posted by Julia Buckley at Thursday, September 14, 2006

I have a half-gallon jug of Febreeze in my car. It helps when those little, er, mishaps, occur. I've left the car windows open all night too. Frequently.

Now, you might say, it rains all the time in Oregon—don't you know better than to leave your windows open, Bill?

Sure, down here in the valley between the Cascades and the Coast Range, and on the coast itself, we get plenty of rain. But in the summer we can go a couple of months sometimes without ever seeing a raindrop. July and August are very dry. Couple that with the fact that listening to a weather report here is an exercise in utter futility and it's easy to get into a "it's not raining" rhythm, only to have it rain.

Anyway, I smell your pain. In my case, I think it's coming from under the couch.

You crack me up. I leave my windows down because my car has no airco, so I like a nice breeze when I'm drying (and it's more environment-friendly).

And I think Portland sounds lovely.