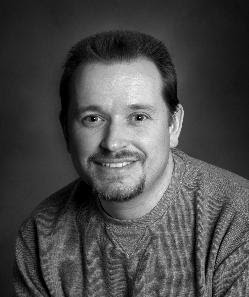 Thanks for chatting with me!
My pleasure, Julia!

First things first: why is there a giant frog on your website?
You know, it’s funny, but I get asked that question a lot. The frog is peripherally related to my writing, but mostly it’s tied to my concern for the environment. The Red-Eyed Tree Frog is the “poster child” for the Save the Rainforest campaign, in which I’m a believer. Its habitat is under enormous threat and I’ve always identified with the “little guys” in life and their struggles. In fact, watching out for the little guy is a theme in my books. Wait, did I just say that? LOL. Now I’ve made it sound like my novel is chock full of thematic depth and serious intent. Don’t let me fool you, it’s actually a summer read—100% pure entertainment.

Your book, 47 Rules of Highly Effective Bank Robbers, has been optioned for a film. How did this happen? Was it a random strike of lightning, or did you have to meet and greet many Hollywood types?
I think it was a combination of hard work and luck. I’ve spent a lot of time and money promoting 47 RULES, which got people talking about it, but it still took a bit of good fortune to grab their attention. One film company caught my book on Sarah Weinman’s blog when she made it a “Pick of the Week” and another company caught it on the Independent Mystery Booksellers’ website when they made it a “Killer Pick” for September.

Why the number 47? Does it have special significance for you?
Not really, the number 47 just felt right. Writing is intuitive by nature and I decided to go with my gut. I’ve actually had numerous mathematicians approach me at signings and explain what a perfect number 47 is. Unfortunately, I don’t speak “math” so I can’t claim that I came up with the number as some elaborate plan to ensnare more readers.

You moved from LA to a “small, cozy town in Colorado.” This in itself sounds like a movie plot. What’s the biggest difference between California city life and small town Colorado life?
Crime, crime, and more crime. When I lived in L.A., my house was broken into twice and my car was stolen three times, including once while it was parked in front of a police station. My car insurance dropped in half when I moved to Colorado.

You have a cat named Ranger, a “black cat with no tail.” As a mystery writer I have to ask: what happened to her tail? Was it a natural occurrence, or foul play?
You’re close, but it was actually fowl play. Before we adopted her from a shelter, a chicken with a bad attitude did serious damage to her. Part of the reason we chose Ranger was because we were afraid no one else would take her and they’d put her to sleep.

Aw. That shows that you're a compassionate pair.

In your novel, a little girl robs banks with her father. This has a little bit of the flavor of Paper Moon, the Ryan and Tatum O’Neal flick. Do you see any parallels here?
Yes, but only a little. My real goal was to tell a story that you’ve never heard before. I really want to thrill you with something unique. In 47 Rules, I show my heroine, Tara, learning to rob banks as a child. But this is only so the reader can understand where she’s coming from as a young woman. Well…it was also pretty funny using the Barbie dolls to help train her, and funny is always good. I think criminal behavior often lends itself to humor, so the subject matter really worked for me. But the real crux of the story is when Tara decides to break away from her father and become independent. It’s difficult to grow and learn about yourself, or fall in love for that matter, while you’re on the run from the FBI and some crazy ex-partners.

You yourself have worked, according to your website, on over 80 feature films. Will you get any artistic input into the movie version of your book?
I wish! That would be sweet. Unfortunately, the way the film business works is that the writer has the least amount of input in Hollywood. There’s a famous joke about the actress that was so dumb she slept with a writer to try to further her career. The joke’s a bit crude, but it illustrates my point. I just hope and pray that they make a decent movie. I was lucky that there was interest from several companies, so I got to choose the company that I think has the best chance of making a good film. I chose Richard Gladstein, of FilmColony, who’s produced Bourne Identity, Cider House Rules, Finding Neverland, Reservoir Dogs and Pulp Fiction. With credits like that, I’m confident that they’ll make a good flick from 47 Rules.

Your website bio tells us that, “Shooting films in exotic locations led to brushes with the Russian Mafia, money launderers, and murderers. After surviving an attempted coup, riots, and violent demonstrations, [you’ve] decided it's safer to write novels.” Wow. Where to begin? Which murderers did you meet?
I’ve met several murderers over the years. When I filmed in a working prison, our set was located on murderers’ row. We filmed in an empty cell surrounded by people serving life sentences for the murders they committed. Either their lives were extremely boring, or we were extremely fascinating, because they tried to talk to us about anything and everything. I had an even closer brush with murderers on a film I directed. The executive producers on the film were recently arrested and convicted for murdering their partner in a night club. They were also allegedly connected to the mob, which was why the murder was particularly newsworthy. The story in the film revolved around the mafia and one of the cinematic murders took place exactly the way it happened in real life. Kind of scary. But now that I’m out of that business, I can look back on all the interesting experiences and use them to help make my novels that much more interesting.

That Russian Mafia is a scary thing. Are they behind the poisoning of Litvinenko, or do you think that was the Russian government?
Ooh, that’s an interesting question. I’m definitely no expert, but my brief experiences with anything Mafioso lead me to believe it was the government. Seems like it’s more their style.

Okay, back to Troy Cook’s mystery. What gave you the idea to write about bank robbers? Are you a fan of the old westerns?
I guess I’ve always been fascinated with criminals, the way they think and act so differently than us. Plus, criminals tend to do some funny and crazy things so it helped the story’s humor come through naturally. As for westerns, I’m not a huge fan. And even though my book takes place in present day, throughout our history there’s always been a public fascination with bank robbers. The repeat offenders get unique nicknames like the “Gentleman Bandit.” And if you add to that my fortuitous run-ins with criminals, what else would I try for my first foray into crime fiction?

Good point. Your dad is also a writer. Did he influence your choice of writing as a career?
One thing my dad has always tried to do was enjoy his work. I think I took that idea to heart, as I’ve usually had jobs I’ve enjoyed. And writing is one of the most enjoyable things to do. It’s really exciting to craft a story and entertain people.

Will you be in Colorado for the holidays? What’s special about Christmas in your little town?
I love living in a small town where you know your neighbors and it often snows on Christmas!

How can readers find out more about Troy Cook, his book (soon to be a movie), and other Troy Cook news?
You can visit my website at http://www.troycook.net/ for a sample chapter, reviews, and other information. There’s also an email link to drop me a line. I love chatting with readers. Thanks!