Patricia Wynn on her Love for History, Mystery, and the Romantic Past 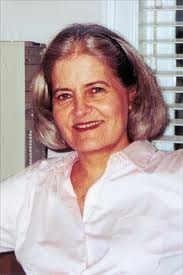 Hi, Patricia! Thanks for chatting with me.

The Library Journal loved your latest mystery, The Motive From The Deed. How did you come up with this interesting title? What’s the premise of the novel?
The title is from a quote by Alexander Pope, “Infer the Motive from the Deed and show, that what we chanced was what we meant to do.” The hard part about plotting historical mysteries is figuring out how the detectives will solve the crime, when they don’t have any hard evidence. The quote suggested to me how Blue Satan and Mrs. Kean should think about this one.

The premise is that a disreputable bookseller is murdered in the shadows of St. Dunstan’s Church (London). Mrs. Kean’s brother Jeremy is a chapbook writer who has scraped by under the murdered man’s patronage. When he is accused of the crime, Mrs. Kean must call on Blue Satan’s assistance to help her brother. The bookseller is modeled closely on an actual bookseller of the day, who was much hated by Pope and his friends.

You have also written two other mysteries in The Blue Satan series. Who or what is the Blue Satan? It’s very intriguing!
Blue Satan is the name given to my detective, Gideon Fitzsimmons, Viscount St. Mars, when he is mistaken for a highwayman. Gideon is arrested in the first book for a crime he did not commit, and unable to prove his innocence, he escapes and becomes an outlaw. When he stops a carriage, dressed in a mask and a blue satin cape, he is believed to be a highway robber, and is given the name.

You are joining a stellar group of writers interviewed on this blog who are from Texas. Do Texans in particular like mystery?
LOL! I don’t think Texans like mysteries any more than the average person. I meet mystery lovers wherever I go.

You’ve been nominated for both the Herodotus and the Ben Franklin awards, and you describe yourself on your website (very cool site by the way) as “a starving author with a passion for history.” What fascinates you about history?
I wish I knew. I can’t remember a time when I was not interested in the past, specifically people in the past. It has always seemed to me that they led much more exciting lives. I’m sure I romanticize it, but I’ve always been fascinated by people who lived a life very different from my own, and you can’t get much more different than the physically challenging lives of people in the past.

You also had a career in International Banking and a shortlived veterinary career. Are you an overachiever, Patricia? :)
I’d better correct the record. I was in international banking for a very large bank, but when I decided to leave it, I had to go back to school to take all the prerequisite courses for veterinary school. I worked without pay for three different vets while I took biology and physics, and retook chemistry since mine from college was too old to count. Then I got pregnant (on purpose – I was nearing 30), and I took some time off, not wanting to expose my child to the chemicals in a lab. When we moved back from Chicago to Houston, I realized the vet school was more than 100 miles away, and I did not want to leave my new baby to commute. So that was the end of my veterinary dreams, but I think I’m much more cut out to be a writer. I’ll be a doctor in my next life.

You now live in Newport Beach, California. How does it compare to Texas? Do you like it there?
Newport Beach is beautiful, and a paradise of sorts. The weather is perfect most of the time. People are friendly, and healthy and very glad to be lucky enough to live here. What I miss about Texas is the big sky, the space (there are WAY too many people in California), and the more relaxed atmosphere. It is casual here, but the standards are very high, so keeping up with the Joneses is a challenge for a sluggard like me.

What’s the most fascinating period in history, from your perspective?
That’s the toughest question you’ve asked. Right now, I would say the early 18th century, since that’s my period, but you can scratch the surface of any period and once you get into the research, it becomes fascinating. I never thought I’d be interested in Orange County history, yet I’ve bought three books on the history of my little town out here and have loved learning more. Wherever I go, I always read about the history of my destination. I like uncovering the past. It’s rather like a mystery or a puzzle.

If you could travel back in time, would you go there?
I’d go if I could return. The worst part about the early 18th century was that it was before the English novel was developed. What would life have been like before Jane Austen?? Books were very expensive, and they were aimed mostly at men. I doubt I could have been happy in a world with so little to read, and without reading the classics, I doubt I could have become an author myself. I suppose I could have entertained myself with daydreams, the way I always have, but after a certain age, I’m not sure it would have been enough.

One of your romances is called The Parson’s Pleasure. Is that as deliciously naughty as it sounds?
Probably not. The parson is handsome, and I hope he’s sexy, but there was no sex in Harlequin Regency Romances, so you’d have to fill in with your imagination. I’ve had no trouble doing that with my favorite authors, Jane Austen and Georgette Heyer, however, so I hope I managed to convey the same.

You have a puppy named Puppet. What sort of pooch is he?
He’s a she. She’s a little mutt we got from a rescue group. She was 8 weeks old, and the cage said, “Spaniel mix.” We haven’t found any spaniel yet and now she’s almost 3. Although she does like to chase birds, so maybe there’s some cocker in there. But she looks a bit like a Papillion without very big ears, a little more like a Pomeranian in the face, and she’s black and tan.

If you could hop on a plane right now and go wherever you pleased free of charge, where would you go? Why?
London. I need to do some more research, and I’d like to look for some more antique prints. The endsheets of my hardcover books are always a copy of an antique print that I choose and buy myself.

But if you’d give me a little more time to plan, I’d go to Africa. I’ve always wanted to go. It’s one of my life’s goals.

How can readers find out more about you and your mysteries?
They can always google me, or visit my website http://www.patriciawynn.com/. I am thinking about starting a Blue Satan yahoogroup next year, but I first have to come up with a name that doesn’t include Blue Satan. Unfortunately, I have found that the connotations of both words can attract some strange folks! And I’d like to keep the talk clean. I may need to name it for Mrs. Kean.

Thanks for the interview, Patricia!
Thank you! This was fun.
Posted by Julia Buckley at Thursday, December 21, 2006