The Fictional Line, and Why We Should Draw It 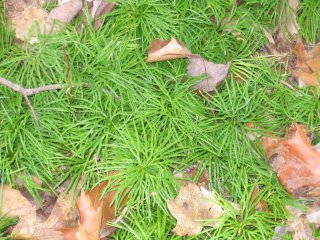 I went to a family reunion last weekend (although this picture was taken at a family event in the fall)and chatted with relatives I see very rarely. Some of the people there had read my book--perhaps out of loyalty, but hey, I'll take that. Various people approached me to tell me that they loved it, couldn't put it down, and other welcome compliments. But my sister told me later that my uncle (who had proudly purchased six copies) told her, "I read the book and I liked it, but now I'm afraid to talk to Julia."

He was joking, at least partially, because I had created an evil character. But many a truth is said in jest, as the saying goes, and I wondered at the meaning of that comment. Why would my very evil villain make him nervous around me? Was it because he feared I had traces of that villainy in my own psyche? Didn't people think authors could have a good imagination?

Now, I know I've been guilty of occasionally thinking that the writer was the character. If I read a mystery about a detective who is also a librarian with three children and the author's page identifies her as a librarian with three children, then yes, I feel I'm allowed to draw some parallels. But how often should we assume the content has anything to do with the writer's real life? Should we ever assume it? Do readers make a habit of this?

I once asked a family member to read a manuscript for me. (Pity Him Afterwards, which comes out in 2007). He didn't finish it, but of the three chapters he read, he said, "Yeah, it was fun reading about YOUR KIDS." His assumption was that, because I had two boys and there were two boys in the story, that naturally I was just making my sons characters in the book. This is far from the truth, and I feel it is an unfair, even a rude assummption on the part of a reader. Doesn't it equate to "I don't believe you have a good enough imagination to write fiction, so I am concluding that this must be true?"

In any case, I would encourage readers not to make assumptions about the authors of their favorite works. They are fiction because the author wants to go on a journey, too. There's a line drawn between reality and what you see on that page, and although a brilliant author will make it feel like real life, that doesn't mean it's the author's real life.

Blogger hates me today. I had a great big long post all done and it just said, "Pfflllltttt!" Gone.

Well, if people think I'm even remotely like my villain, I'm in trouble. Or if they think I'm like my protagonist I'm in trouble too, since he's a klepto. I'll know for sure if I find no one leaves their gewgaws and doodads out when I come over to visit.

I do think it's natural to make associations between key characters and authors, especially if there is congruence between reality and fiction. However, I would hope that once people get to know us (or people who already know us) won't jump to conclusions based upon a modest similarity.

Thinking your novel was about your two kids just because there was two kids might be a reasonable (if unfair) assumption from a stranger. From someone who knows you? Alas, makes me wonder how carefully he read.

Ultimately, as a writer, I hope to be able to explore idea and characters. Some may have similarities to me or my life, but others will definitely travel far afield. You're right, Julia. It's fiction.

I don't know, Bill, that man/man analogy is pretty compelling. :)

On the serious side, one of my favorite quotes dealing with this subject is: "Writing about something is not the moral equivalent of doing it." I know people who seem not to draw that distinction. These are the people I don't ask to read my writing :)

On the less serious side, I sometimes look at my favorites list of bookmarked websites and wonder what on earth a stranger would make of the odd combination of subjects: neurosyphillis, St. George's Church Bloomsbury, monkshood poisoning . . . just the other day I was reading an intro to a short story by a mystery writer who said her husband is occasionally nervous by what she does. "After all," she said, "when he reads a book about building engines, it's because he actually intends to build an engine."

Great points, Laura. I have a book of poisons that I'm sure would intimidate anyone watching me read it. And sure, I've been known to read it while eyeing my husband over the top. But mostly for dramatic value. My fictional weapon of choice is always a gun.

I have been found out!

Yeah, so you can forget that alias and false beard. And get some help for your stealing tendencies. :)

I've been thinking about this Julia, and it's an interesting dilemma authors face, isn't it?

Yes. Readers (and that includes authors when they read) just need to let authors have their aura of mystery.