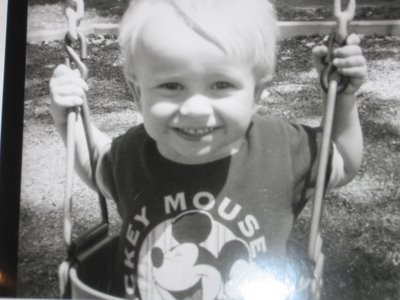 Sometimes when I read mysteries I feel that I am reading, along with the story, a hidden text of the author's subliminal intention, or perhaps a repressed desire. There are always patterns, recognizable repetitions in an author's work--beyond the recurring setting or character. Sometimes there are themes that return in different guises. Maybe the author is continually exploring issues of abuse, or unrequited love, or class snobbery. And sometimes I wonder--does the author know I see this? Does the author recognize the pattern at all?

In the case of Mary Stewart, my favorite author, it's the pattern of boys. Boys are an important part of many of her novels, and they range in age from about seven all the way to the teens. Mary Stewart herself was married but childless, and I always felt that I was seeing her desire for a son in these stories because of the loveable boys she created, the sweet, adorable, huggable boys who engaged so sweetly in memorable dialogues with Stewart heroines.

The first boy, of course, is David Byron in Madam, Will You Talk? This boy is protected by the heroine, Charity Selborne, from a man she thinks is trying to kill him. (Can't go into too much detail here). He is seen as vulnerable, despite his age (thirteen), and very much a little gentleman, despite his love of playing by the river with his mutt, Rommel. Charity falls in love with the boy in the novel, and the reader falls in love with him, as well.

Then there is nine-year-old Philippe, the Comte de Valmy, in Nine Coaches Waiting. Not only is someone trying to kill Philippe, but the bullet whizzes right past his head while he is in the charge of his young and devoted teacher, Linda Martin. After a series of events which build growing suspense, Linda goes on the run with Philippe in order to protect him. Before this, however, there are some lovely dialogues that establish her growing closeness with Philippe, as in this conversation where they discuss bears in the Valmy woods, and Linda tries to teach Philippe English:

"Then I hope to goodness we don't meet one today."

"They are asleep," said Philippe comfortingly. "There is no danger unless one treads on them where they sleep." He jumped experimentally into a deep drift of dead leaves, sending them swirling up in bright flakes of gold. The dirt was fortunately bearless. "They sleep very sound," said Philippe, who appeared to find it necessary to excuse this failure. "With nuts in the pocket like an ecureuil."

"Skervirrel. Perhaps you prefer we do not look for bears?"

"I would really rather not, if you don't mind," I said apologetically.

"Then we will not," he said generously. "But there are many other things to see in the woods, I think. Papa used to tell me of them. There is chamois, and marmottes and the foxes, oh, many! Do you think that when I have ten years--"

"When I am ten years old I can have a gun and shoot, Mademoiselle?"

"It may be old, but it's not very big. You wouldn't be big enough to use the right gun for a bear."

"Skervirrel. I could have a small gun for skervirrel when I am ten?"

"Possibly, though I should doubt it. In any case, it's what they call an unworthy ambition." (from Nine Coaches Waiting, c. 1958).

Phillipe is most loveable, and so is the seventeen-year-old Timothy Lacey, a boy who accompanies Vanessa March on a flight to Vienna in Airs Above the Ground. Timothy is an affable boy, misunderstood and largely ignored, Vanessa thinks, by his socialite mother, and so a bond is formed between the Vanessa and Tim. When the boy cannot meet up with his father in Vienna as planned, he continues to accompany Vanessa to Oberhausen, where she must try to find her own husband. Much of the charm of the book is due to young Tim and his relationship with Vanessa.

The boys in Stewart's books bring out the nurturing instincts of her heroines, and it reveals a maturity in them that they did not always realize they possessed. In This Rough Magic, a young, handsome Greek teenager named Spiro goes missing, and Lucy Waring, the young English protagonist, is distressed by this and eager to help find the boy and delve into the other mysterious happenings near her sister's house on Corfu.

In a similar manner, Nicola Farris, the English heroine of The MoonSpinners, wants to help a man named Mark find his young brother Colin; both men have witnessed a crime, and Colin has been taken captive. Mark fears for Colin's life, but is gunshot, and must depend on Nicola to determine the boy's location and whether or not he is still alive.

There are other patterns, of course, in Mary Stewart's books, and some elements of the romantic suspense novels hint at themes in the Arthurian novels that come later. But it was these stories that first captured my imagination, and I still wonder about them, about her, and whether these boys were the children of her heart.
Posted by Julia Buckley at Saturday, August 19, 2006