Author Raymond John's Mysterious Malta: Why It's the Setting for The Cellini Masterpiece 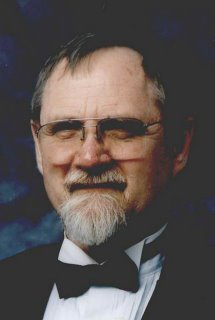 You live in Minnesota and your novel is set there. Garrison Keillor says that Minnesota has three seasons: "almost winter, winter, and just past winter.” Is this a pretty accurate assessment?
The way I heard it when I was growing up was “winter and the Fourth of July.” The novel is actually set on Malta, where it’s almost hot, hot, and hotter than h***.

Your book, The Cellini Masterpiece, has garnered some lovely reviews, including one from Midwest Book Review that states, “This one should be made into a movie.” What makes your book a likely candidate for movie-dom?
For one thing it’s a good story. Searching for lost treasure is always fun. For another, Rick and Caterina are appealing characters, and the love story is really a big part of the story. Another reason is that the novel is very visual; it’s like reading a movie. Finally, any movie that showcases the island of Malta would have to be a winner. I think it’s one of the most charming places on earth.

This question is posed on your homepage: “Why …would one of the world’s richest men resort to kidnapping and murder to possess a drawing for an unknown Sixteenth Century work by Benvenuto Cellini … especially when the work itself was lost more than half a century ago?” Well, why would he? :)
That’s one of the main hooks for the story and it wouldn’t be a good idea for me to let the cat out of the bag. Suffice it to say, it is a plausible reason. Another similar question is why a centuries-old sculpture would interest Suleiman the Magnificent and a modern day terrorist.

Your real name is John Anderson. You’re not that guy who ran for president, are you?
I certainly am. I ran for class president of Minnehaha Academy in 1958 and got ten votes. Proportionately, that is more than the votes received by the other guy in his candidacy against Reagan, but a smaller share of the vote than Pat Paulsen got in the 1968 election. I guess I just didn’t have Paulsen’s charisma.

Okay, you had me for a minute there.

You have had a lifelong interest in Malta, which is where your Minnesotan protagonist ends up. Why Malta?
My favorite question. My Maltese friends ask it of me all the time. It all began with a childhood stamp collection. My folks bought me an album and a cheap packet of stamps. One in the packet showed George VI and Verdala castle. I was smitten. By the age of twenty I had read everything available on Malta, and when I went into the stamp business in my mid-thirties, I named my business Maltalately, or Malta philately. I didn’t actually visit the island until I was in my mid-fifties, when my wife and I made our first trip to England. I loved everything about the place. Best of all, I found the setting for my novel. The Bellestrado Hotel from the novel is actually the Soleado Guest House in Sliema. I’ve visited the island seven times since.

You were a military intelligence specialist. What did you do in this role? How did it help in crafting your novel?
I was a reservist in Army and Navy Intelligence. I was in a Psychological Operations batallion while in the Army reserves and we did Area Studies and PSYOP campaigns to win the hearts and minds of the enemy. PSYOPs is a branch of combat intelligence. So I had to train in field intelligence work. Mostly analysis, but we learned some operations, too. Rick would have training in both and had trained with Navy Seals during one annual training tour. Though he is mostly an analyst, he knows his way around in the field. I also worked in Naval Intelligence and did imagery interpretation. This also plays an important role in the story.

Malta is halfway between Sicily and North Africa in the Mediterranean Sea. Has it ever been linked to Shakespeare’s magical island in The Tempest? (Which has roughly the same location)?
Not that I have heard. Malta does have at least two important literary connections. One is it is the site of St. Paul’s shipwreck on his way to Rome. The natives nursed him back to health and he named Publius the first Archbishop of Malta. There’s been an archbishop there ever since. The other important connection is in Homer’s Odyssey. Odysseus spent seven years on Calypso’s island. This was probably the island of Gozo, the other major island in the Maltese chain. Tourists can take a scary staircase down to her cave. I passed.

Good idea. You dedicated your book to “WB Frank Ronich, a lost treasure that, alas, can never be recovered.” This is a beautiful dedication. Who was Frank Ronich?
Worshipful Brother Frank Ronich was the master of my Masonic lodge when I was raised to Master Mason. He was one of the most funny, generous, and meanest taskmasters I have ever known. Frank had dedicated his life to Masonry and seldom got more than a few hours of sleep at night. He died at 51 from sleep apnea. At his funeral, one of his friends said: “I don’t know who Frank’s best friend was, but he certainly was mine.” I felt the same way.

Your protagonist, Rick Olsen, is a Minnesota farmer who is thrust into a world of international intrigue. How did you come to create Rick? Is he anything like you?
Rick is an avatar of me as a younger, hunkier scholar. I never was a physical specimen, and I expect he is much better looking than I ever was. He has my interest in puzzles and codes. He’s a historian, and he has an eye for pretty girls. I tease my wife Evie by saying if I had met Caterina first, we never would have married. I tried lifting forty-pound sacks one summer and threw my back out. I do have Rick’s compassion and love of Malta.

Rick meets a Maltese cabbie named Caterina who has a sultry voice and has rebuilt her own car; based on this, Rick thinks he might be in love. Is it a woman’s car-building ability, then, that ultimately will win a man? :)
Maybe, if he’s a NASCAR driver. But Rick is surprised that she is willing to get her hands dirty working on a car. It’s her generosity and compassion and sweet nature that ultimately means the most to him, even if she is fall-down gorgeous.

Cat tells Rick that “In some countries they drive on the left, in some they drive on the right. On Malta, we drive in the shade.” Is this true?
It certainly is in Valletta, the capital city. Drivers will drive wherever there’s a space for their car. It’s really ridiculous, too. Malta has a great public transportation system. I wouldn’t recommend any visitor driving in Malta unless they absolutely have to. The roads are poorly marked and the drivers are a bit on the crazy side.

What are you writing now? Will there be a sequel to The Cellini Masterpiece?
At the moment I’m in the middle of a psychological thriller involving a young man who as a boy witnessed the murder of his mother and has selective traumatic amnesia. The heroine of the story is a psychologist who is trying to help him and finds herself falling in love with him. I’ve also worked on a sequel to the TCM, with Rick and Caterina, called Language School. I’m stalled and will probably not put as much effort into it until later. My next major project is the true-crime theft and recovery of Cellini’s real-life masterpiece, the Salari, from the Austrian National Museum. It’s really hilarious and I can hardly wait to get at it.

How can readers find out more about The Cellini Masterpiece?
They can go to http://www.cmasterpiece.com/

Thanks for talking to me, Raymond/John.
Posted by Julia Buckley at Monday, July 31, 2006

I am not content with the development of our media is playing on the issue of latest thriving benchmarks. Our media is basically giving us assaulted and turned information and not passing on us the right information. Media isn't appearing to us reality. https://www.checkmysentence.com/how-to-check-sentence-structure/

In the present days, getting an immediate and humble assurance flourishing plan has ended up being unfathomably principal when isolated from the previous days. This is a quick eventual outcome of the test between different countries giving explicit affirmation achievement plans. https://www.checkpunctuation.com/best-punctuation-app-list/

You can't check what number of sorts of games you can truly play in the characterization of Cards games. An individual can't imagine what number of cards games have been truly made and still there are number of games which are yet is being arranged. https://www.commacorrector.com/comma-splice-checker-online/

This is the best writing about the mysterious writing. You can see that these are the best novels which are related to the ancient time information and history. Get help about creative writing by visitng this http://www.commacheck.net/what-you-didnt-know-about-comma-splice-checker/ homepage. This is the best technique to understand the history of humankind.

This blog tells us that how the writer sees the world. Learners should click site about the creative writing. This blog shares this type of different material that how someone view this world from every occupation that exist in this world but in this particular scenario this deals with the life of a writer.