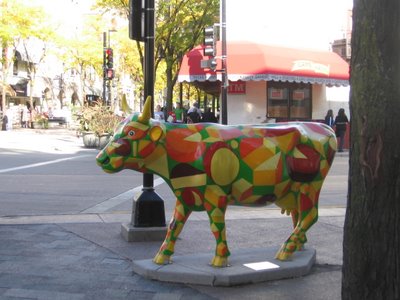 Ah, the ubiquitous cows of Madison. Yes, I joined the throngs of people who were photographing them, but I did not stoop to hugging the ceramic bovine. 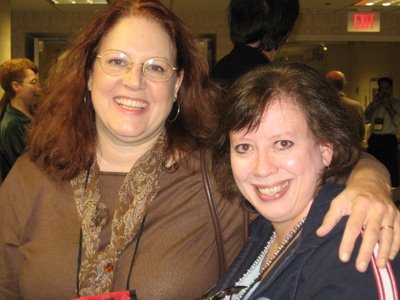 I was thrilled to meet the lovely and funny Julia Spencer-Fleming and her husband Russ. (See Julia's interview a few blog entries back). 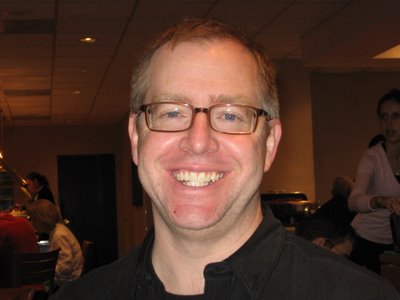 Tim Maleeny is a fellow Midnight Ink author with a very cool-sounding book coming out in February: Stealing the Dragon. Tim is a kind and funny person who treated me to Sunday breakfast and chatted about PR, books, and children (his youngest is just 18 months old). 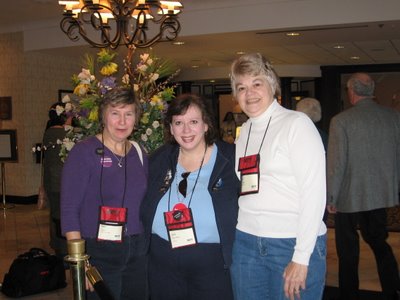 Remember the names Bev Irwin and Liz Lytle; they are the mystery authors of the future, and were talking to agents and editors at Bouchercon. 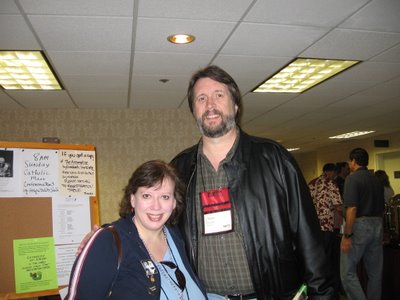 I have a crush on the tall and deep-voiced Steve Brewer. I think he might be a little too tall for me, though. Steve has been chatting about his movie deal for Lonely Street, and also about his new books, Whipsaw and Monkey Man. 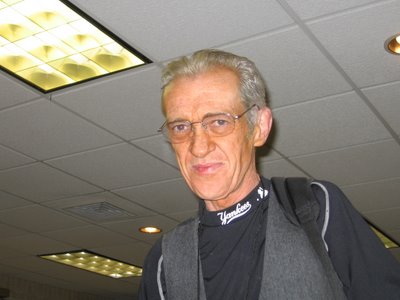 I also have a crush on Ken Bruen, but I have to get in a long line of women who are bowled over by his Irish charm. 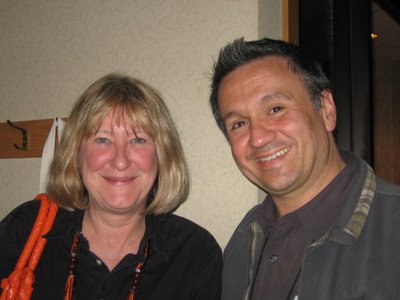 Deb Baker and Chuck Zito are both fellow Midnight Ink authors, and they are also loads of fun. Chuck had me in stitches many times, and so did Deb, until she practically lost her voice! Luckily she made it through her panel. 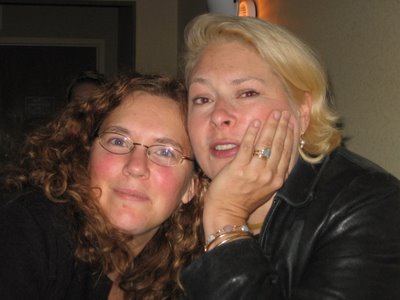 Sandra Ruttan and Cornelia Read clowned around for the camera. They have known each other for a long time via phone and e-mail, but they met in person for the first time at B-con. 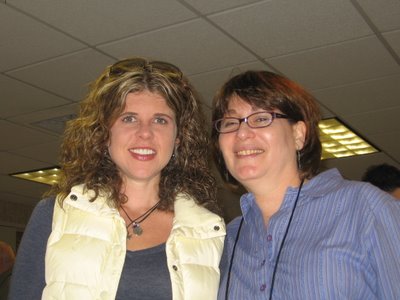 Theresa Schwegel, whose book Officer Down received several award nominations, poses with Margery Flax of the MWA. Check this blog for Theresa's great interview. I worked at the MWA table with Margery, and she is strict! But she's very funny, too.
Posted by Julia Buckley at Sunday, October 01, 2006

I remember you. Did you keep my bloody napkin?

Hi, Tribe! I remember you, too! Thanks to you I'm moving to The Bahamas--the napkin sold on ebay for 980,000 dollars.

Your photo is going on the blog today. How's the weather in Toledo, aka The Armpit?