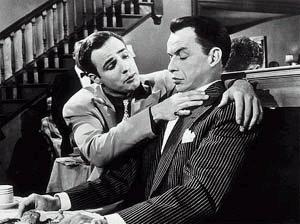 I got the following story from the History Channel website. This particular Chicago gangster (who escaped from prison on this day in 1942) was downright innovative in his operation--but he's a great lesson that crime doesn't pay, especially when you're up against Al Capone.

"Chicago bootlegger Roger "The Terrible" Touhy, escapes from Illinois' Stateville Prison by climbing the guard's tower. Touhy, who had been framed for kidnapping by his bootlegging rivals with the help of corrupt Chicago officials, was serving a 199-year sentence for a kidnapping he did not commit. He was recaptured a couple of months later.

The son of a police officer, Touhy had served in the navy during World War I and later set up a trucking business in the Chicago suburbs. But when business faltered during Prohibition, Touhy realized he could earn a better living through bootlegging. Along with his partner, Matt Kolb, Touhy began brewing his own beer and shipping it to speakeasies all over the state. His beer was widely considered the finest available at the time.

When organized crime leader Al Capone heard about Touhy's operation, he wanted to get in on the action, but since Capone was not really familiar with the environment outside of the city, Touhy had an advantage. Arranging to borrow several machine guns that he could prominently display in his office, Touhy shouted orders to his fictional gang over the telephone when Capone's henchmen showed up. Capone's men reported back that Touhy was not someone to mess with.

But Capone was undeterred. He kidnapped Matt Kolb, forcing Touhy to cough up $50,000 for his release. When he ordered Kolb's murder in 1931 anyway, the feud escalated. Capone helped to orchestrate a fake kidnapping, which he pinned on Touhy. In 1933, with assistance from Daniel "Tubbo" Gilbert, a Chicago police officer known as "the World's Richest Cop," Touhy was convicted for abducting con man Jake Factor and sent to prison.

Shortly after his escape in 1942, Touhy was returned to prison. But his attorneys successfully persuaded an appeals court that the Factor kidnapping was a hoax, and Touhy was finally released in 1959. Three weeks later, as he was entering his sister's home, Touhy was hit by several shotgun blasts. Before he died, he was reported to have said, "I've been expecting it. The bastards never forget." No arrests were made."

From The History Channel Website (http://www.history.com/tdih.do?action=tdihArticleCategory&id=1151)
Posted by Julia Buckley at Monday, October 09, 2006