The Mysterious Maria Vasalis of The Netherlands 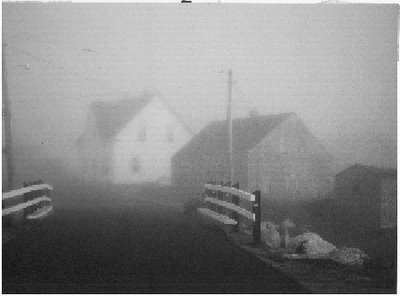 I got this from my new e friend Carola Rummens, who currently lives in Belgium but is from The Netherlands (Did I get that right, Carola?) and has a beautiful blog with her own photos and reflections. Carola has kindly found a poem translated into English by one of her favorite--and mysterious--poets from Holland.

Inspired by your Blog, I want to tell you something about a mysterious poetess from Holland called Maria Vasalis. She was born in 1909 in The Hague and studied Psychology. In her time [it was] very special for a lady to study at a university. [She] became a psychologist and later a poetess.

She lived in a small village called Roden near the city of Groningen in the northern part of The Netherlands. That is where I heard from her because she lived in a very mysterious white house in the woods very close to my house. I had to ride on my bike through the woods every day to school and passed the house. Sometimes when the fog was hanging in the trees and nobody to see around the house it was a house and a writer to fantasy about.

Maria Vasalis was very shy; she only once in her life gave an interview. She would definitely not have a Blogsite if she still lived. She died in 1998 in Roden. She wrote her poems a lot about nature. I found one for you translated in English:


If you were a landscape

If you were a landscape through which I could walk,
stand quietly and look with my eyes wide open
and stretch long out on the hard ground,
and press my face up against and say nothing.
But most of all it's like the arch of sky above
where there's space for outdoor light and dark clouds
and for the free wind in between
that whirls in my hair and covers my face
with kisses, without asking, withous promising.

Thanks for this lovely poem, and your mysterious memory, Carola!
Posted by Julia Buckley at Wednesday, October 25, 2006

Thank you Julia for placing the poem I send to you. The pictures with the story are so very well chosen. How did you find them?
Many greetings
Carola

I found them in Yahoo Images. I thought the poem was lovely and I'm so glad you sent it!

Any luck with your formatting issue?