Get Ready for Some True Halloween Mystery, Mayhem . . . and Marx Brothers?

This year the boys went really retro with the costumes, choosing to channel Groucho and Harpo Marx. The amazing thing was that they took on the persona of their characters. A couple of people asked Ian for a Groucho joke before they gave him candy, and he complied with ease. Graham wouldn't speak at all, being a true Harpo, and Ian had to thank people FOR him. And I was thrilled to see how many people recognized the costumes--adults, of course, because most kids, sad to say, have never seen the Great Marx Brothers. 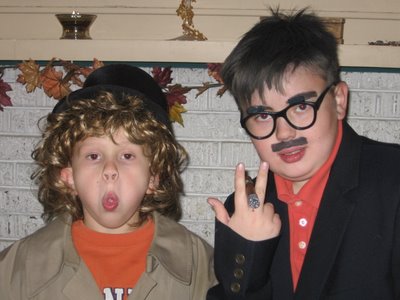 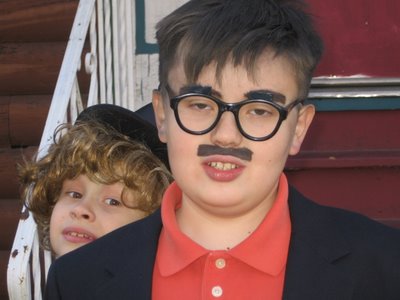 Graham also learned the true suffering of a wig--something women have known for ages. In between houses he'd make me hold the hat and wig so he could scratch his head--but then he gamely put them on again so that he could be in character when the doorbell rang. They have so much candy that stomach aches are almost guaranteed, but they enjoyed their costumes immensely. 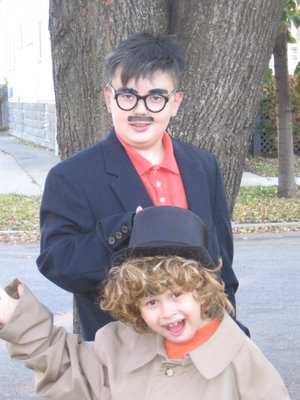